Two Nifty Neo-Choppers From North Of The Border

Dennis Clark is no newcomer to motorcycles, as you can see by his custom build.

This article was originally published in the December-January 1998 issue of Cycle World’s Big Twin magazine.

You have to admit it: These two stunning red customs are pretty similar. So much so that if you were to learn that they belong to two men with the same last name, you might logically conclude that those men are brothers, maybe even twins.
But you’d be wrong. Although they have been close friends since childhood, Dennis Clark and Scott Clark of Vancouver, British Columbia, are only that, friends. As kids, they grew up together, rode dirtbikes together, hot-rodded cars together. And now they ride their customs together.

Dennis, the first of the two to get into custom Harleys, is no newcomer to motorcycles or motors that go boom in the night. “In 1976 I was Small Wheels School Boy moto-cross champion,” he says. Then he got into cars. “I used to build hot rods, and I had a big-block ’49 Anglia that was the fastest street rod around here at the time.”

Dennis’s custom features a speedo from Auto Meter and fenders both crafted by Dennis himself.

That was a few years ago. Dennis still has his hot rods, but ever since Harleys “flung the craving” on him, he spends most of his spare time on his custom. “I couldn’t find the bike that I wanted anywhere,” he ex-plains, “so I figured I’d have to build it myself to get it right. The finished bike has a relationship with the old choppers but without compromising safety.”

Dennis began with a Chopper Guys swing-arm and a Softail frame that had been given a two-inch stretch, then bolted up a KT Components SofSpension kit and a Wide Glide fork, all rolling on 17-inch wheels. Geert Povlsen, an accomplished fabricator in the area, hand-made a few small components such as the rear fender braces and various other brackets. 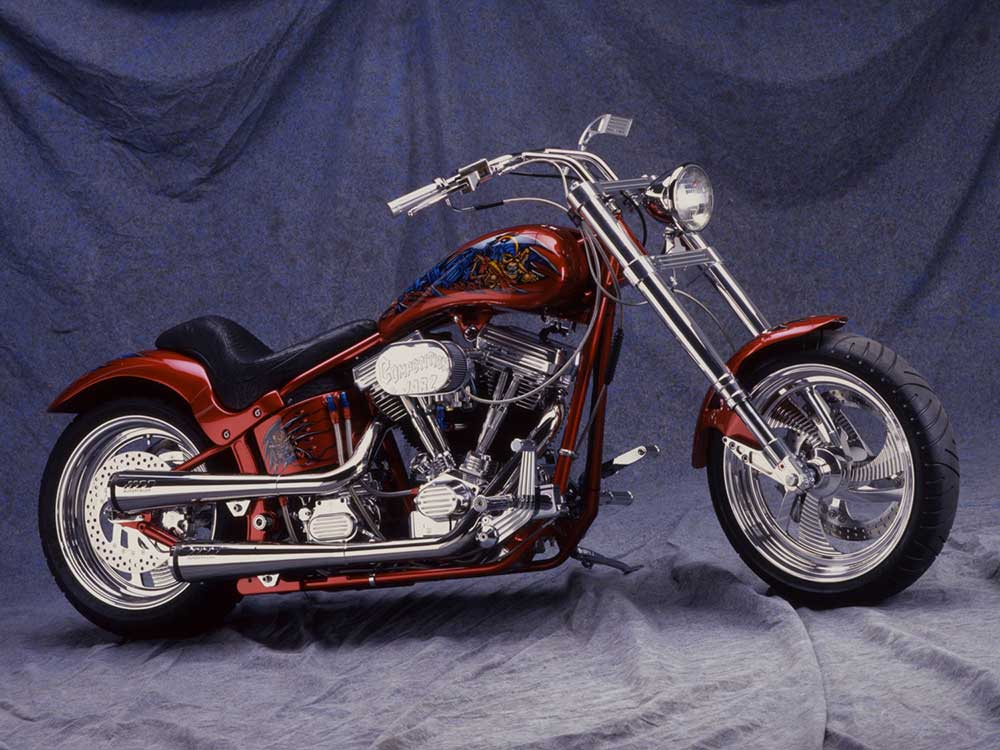 Scott Clark saw his friend’s customs and wanted in on the fun too and started making some phone calls which resulted in this beast of a custom.

“These new choppers sure are a lot better-handling than the old ones,” says Clark. “And these Softail choppers are very comfortable. Those old bikes … if you hit a bump on them you could injure yourself. But this suspension works wonderfully.”

Scott Clark thinks so, too. As soon as he saw just how fabulous his pal’s bike was going to be, he decided he wanted in on the fun and started making … phone calls. This Clark didn’t have the hands-on inclination to build a bike himself, but he nonetheless had a large Jones for a Harley custom; so he called the people at JARZ Performance in Abbotsford, British Columbia, and commissioned them to build one. A fast one. Scott figured that if his bike wasn’t going to be the first, it would at least be the quickest. 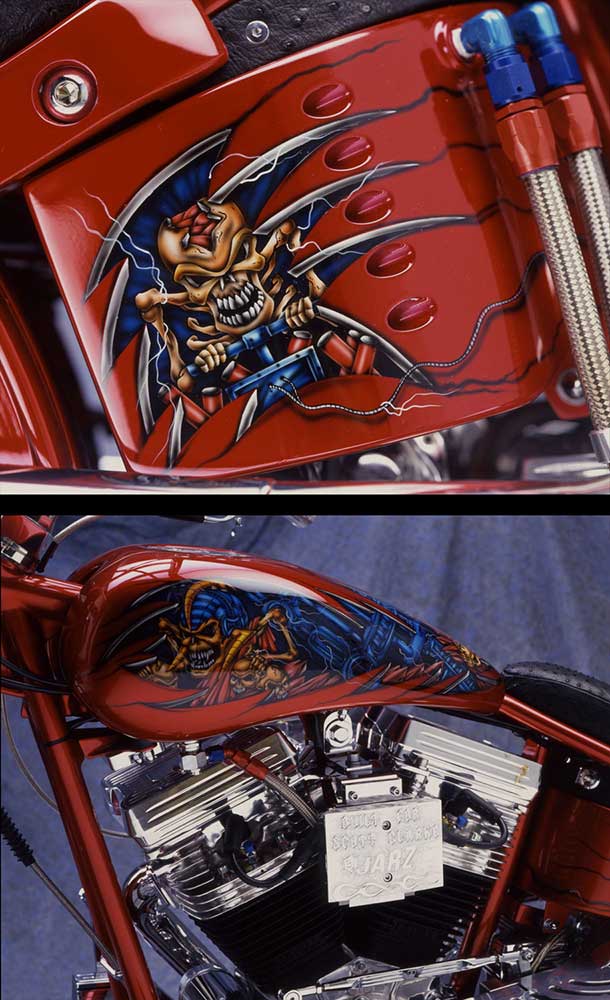 Scott reached out to the people at JARZ Performance for his build.

According to Jon Andres of JARZ, the engine had no problem whatsoever meeting Scott Clark’s high expectations. “It puts out 120 horses at the rear wheel,” he says. “We made a very square motor, four inches by four inches, and that means it wouldn’t fit into a standard frame. So, we commissioned Chopper Guys to build a frame to our specs. Once the basics of the bike were decided, we pounded out the fenders and modified the Battistini’s tank.” 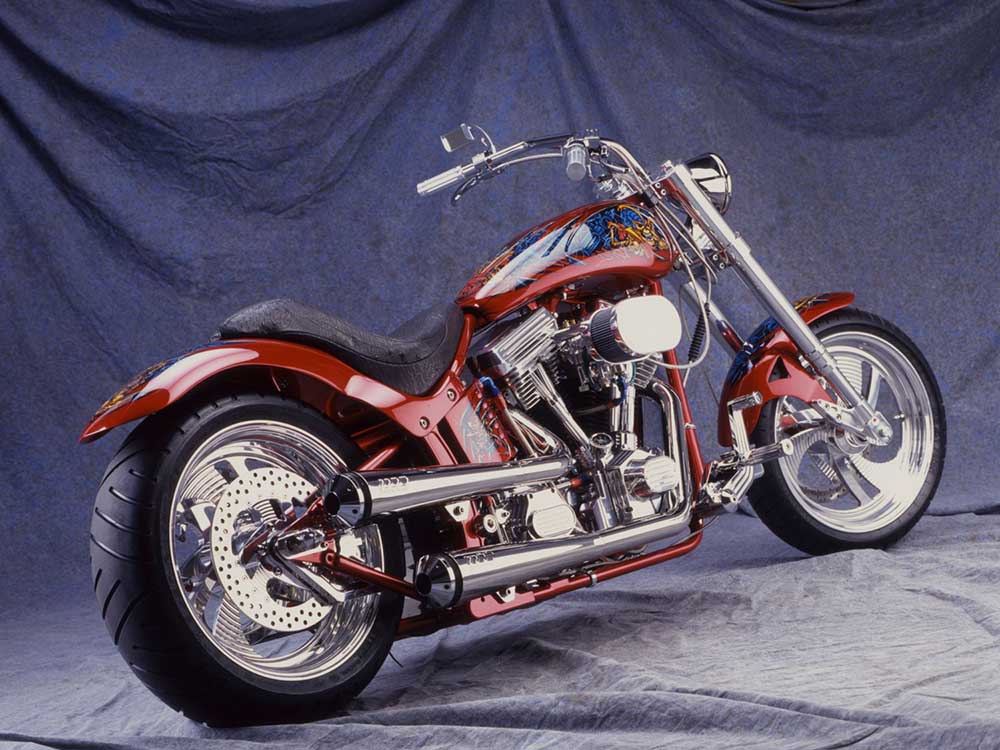 Although Scott didn’t have the same hands-on experience as his friend, he still had a good eye for style and speed.

The SuperTrapp FatShots Slip-Ons are tunable, disc-based mufflers. They enhance the look and sound of Night Rods. These 4” diameter […]

Gain a few extra inches for going those extra miles. This handy kit moves the Harley-Davidson Tour-Pak back 1″, 2″ […]