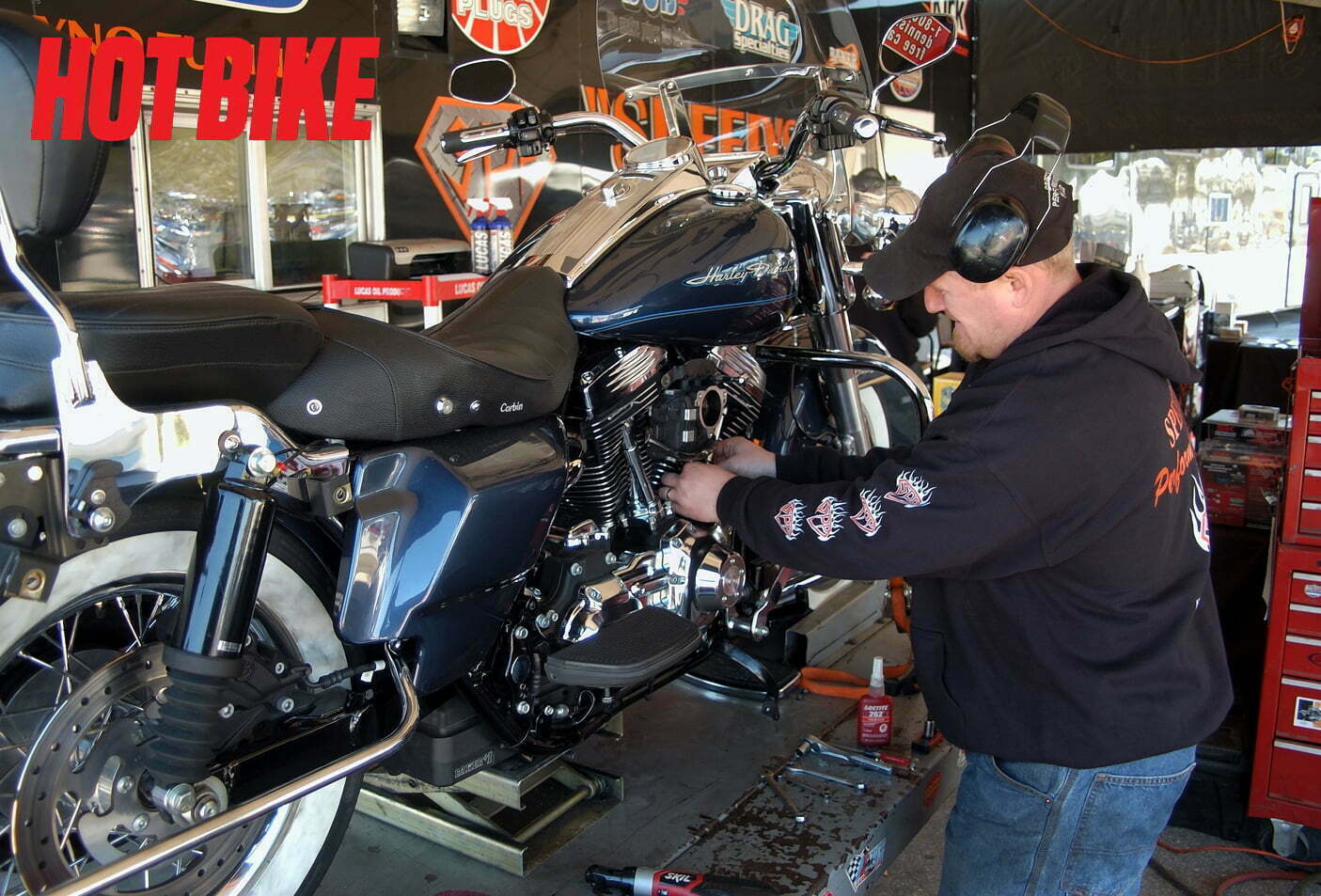 Changing cams is about more than just picking a grind.

Changing cams is about more than just picking a grind. Make no mistake; that’s definitely step one, and whether it’s a mild performance bump on the wish list, stump-pulling torque, or top-end horsepower all that’s available with the right choice. But that’s not what we’re talking about here. This time it’s about all the other stuff following that grind choice, and there’s plenty to consider. “Changing cams in a Twin Cam Harley is an involved process,” Jason Hanson of Speed’s Performance explains, and he should know; over the years these guys have done hundreds, probably thousands of those swaps. “But choosing cams is just the start of the job,” he says. “Done correctly, the list of upgrades can stretch out pretty far beyond just those cams.” Yes, it can drive up the initial buy-in, but with the engine already apart now’s the time to do it once and do it right.

The first thing to consider, Jason says, or the second actually after the cams themselves, is the manner of drive. Gears or chain? An OE Twin Cam engine, as the name implies, uses a pair of chains with some pretty hefty tensioners, and it’s those tensioners that can cause headaches down the road. A gear drive eliminates that worry, but there are considerations here, too, and we’ll talk about that in a minute. Along with that drive choice there’s also the matter of a Twin Cam’s oiling system. On earlier models especially it’s not that great; at idle and low-rpm, pressure can be marginal at best. Making a switch to performance cams is the perfect opportunity to address both of those situations.

First, the drive. Eliminating the chains, as noted, means you’ll never have to worry about tensioners again, and that’s significant. In place to maintain cam-timing integrity as the chains stretch, those tensioners are spring-loaded on the earlier models and hydraulically operated on the 2007 and later engines. Besides robbing power (it takes effort to just rotate the cams with the chains under tension), it doesn’t take too long before the rubbing blocks on the tensioners begin to wear away and even break up. Harley Service Bulletins call for tensioner replacement every 20,000 miles. Repeatedly replace those tensioners or cure the problem forever with a gear drive? Easy choice, right? There’s a caveat: Properly installing a gear drive isn’t as straightforward as it might seem and on some engines might not be advisable at all.

Certain Harley TCs, notably the early-year 96-inchers, are notorious for their excessive crank runout. “And that can be a real concern when installing gears,” Jason warns. “Crank runout can cause a gear-mesh that’s way too tight or way too loose, the result being gears that clank and bang or whine like a banshee. That’s why we’ll always check the gear lash in at least three places as the drive is installed and rotated.” To correct potential lash problems, the guys at SPP keep an assortment of undersize and oversize gears in stock to address this situation. Needless to say, precision work like this, mixing and matching gears for the optimal setup, isn’t for amateurs but most often seasoned pros like the Speed’s techs who can arrive at a correct setting. Still, in some instances crank runout is so bad the only option is chains. “And that’s not the end of the world,” Jason notes. “Those late-model hydraulically operated tensioners are a real improvement over the spring-loaded versions, and we can convert those earlier engines to the factory’s hydraulic update.” Which brings up the next part of the job: that TC oiling system.

Oil pressure, especially on first-generation TC motors, can hover around zero at idle. Scary. The cure here is a billet replacement for the OE cam-support plate, and SPP has a beauty. On late-model 96-inch engines it’ll fit real bearings on the outer camshaft journals where a factory plate has none, in the earlier engines it’ll allow the use of a better late-model oil pump with bigger gears and better scavenging and the use of those late-model hydraulic chain tensioners. The SPP cam plate is also lots thicker than the factory piece, so there’s no flexing. It has improved oil passages further increasing pressure; there’s a much improved relief system and better venting. It all adds up to improved lubrication overall.
Now, is all this necessary when you only wanted cams? That depends. How serious are you about having the best and about bulletproofing everything inside that cam chest? Check with the SPP team when they’re in your area. All this, and of course the cams themselves, is available, and the whole upgrade job can generally happen in a day, the last day you worry about cams or anything connected with them. 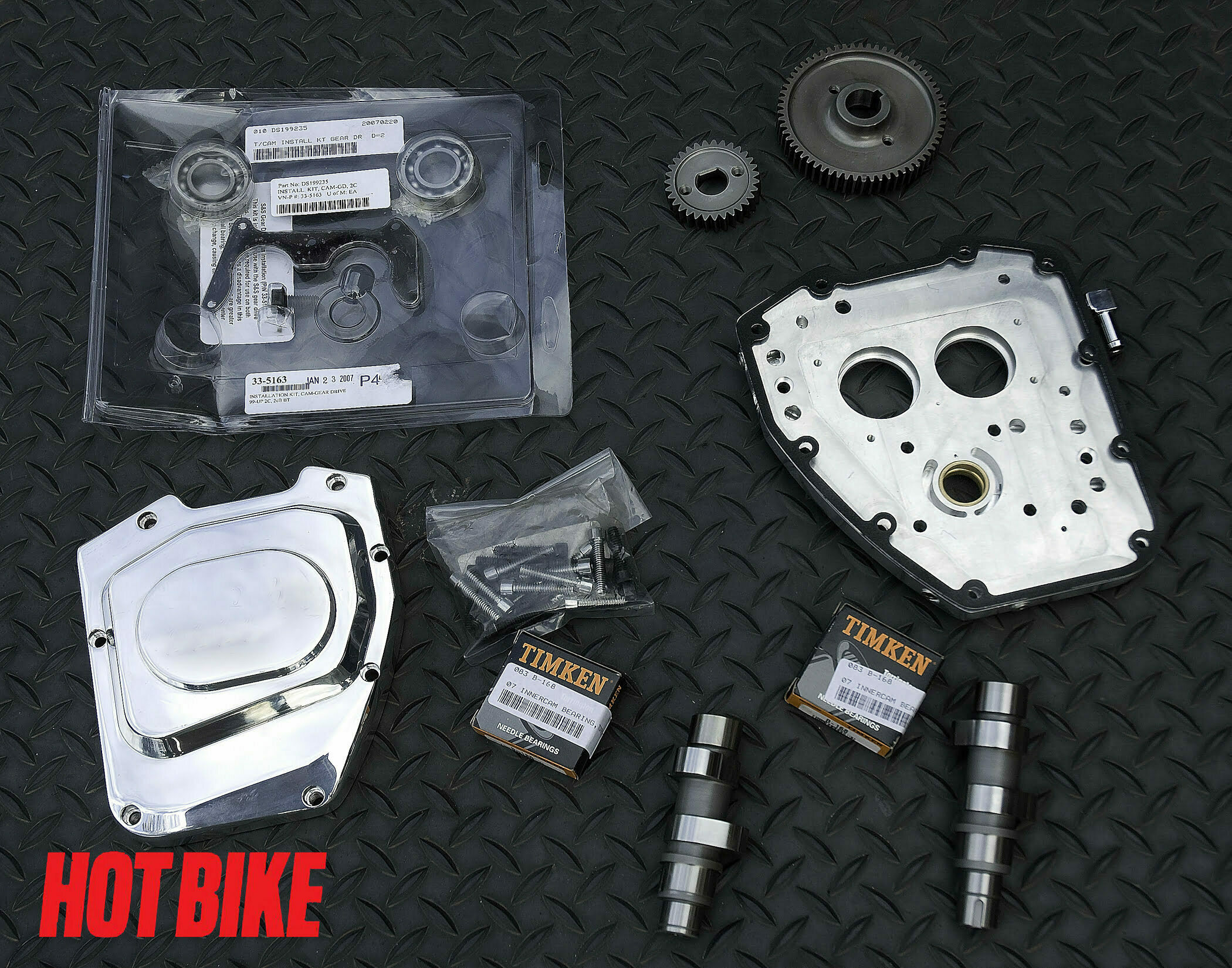 Choosing cams is just the beginning.

The new TACT. Courtesy of WASPcam WASPcam understands that not everyone who shoots action video is a professional film maker […]

Classic Harley-Davidson | Of Heroes And Hoodlums

When you’re looking for performance and comfort, it’s hard to find something that checks both boxes. It’s even more difficult […]

Have Gun, Will Travel With 5 Concealed Carry Motorcycle Vests