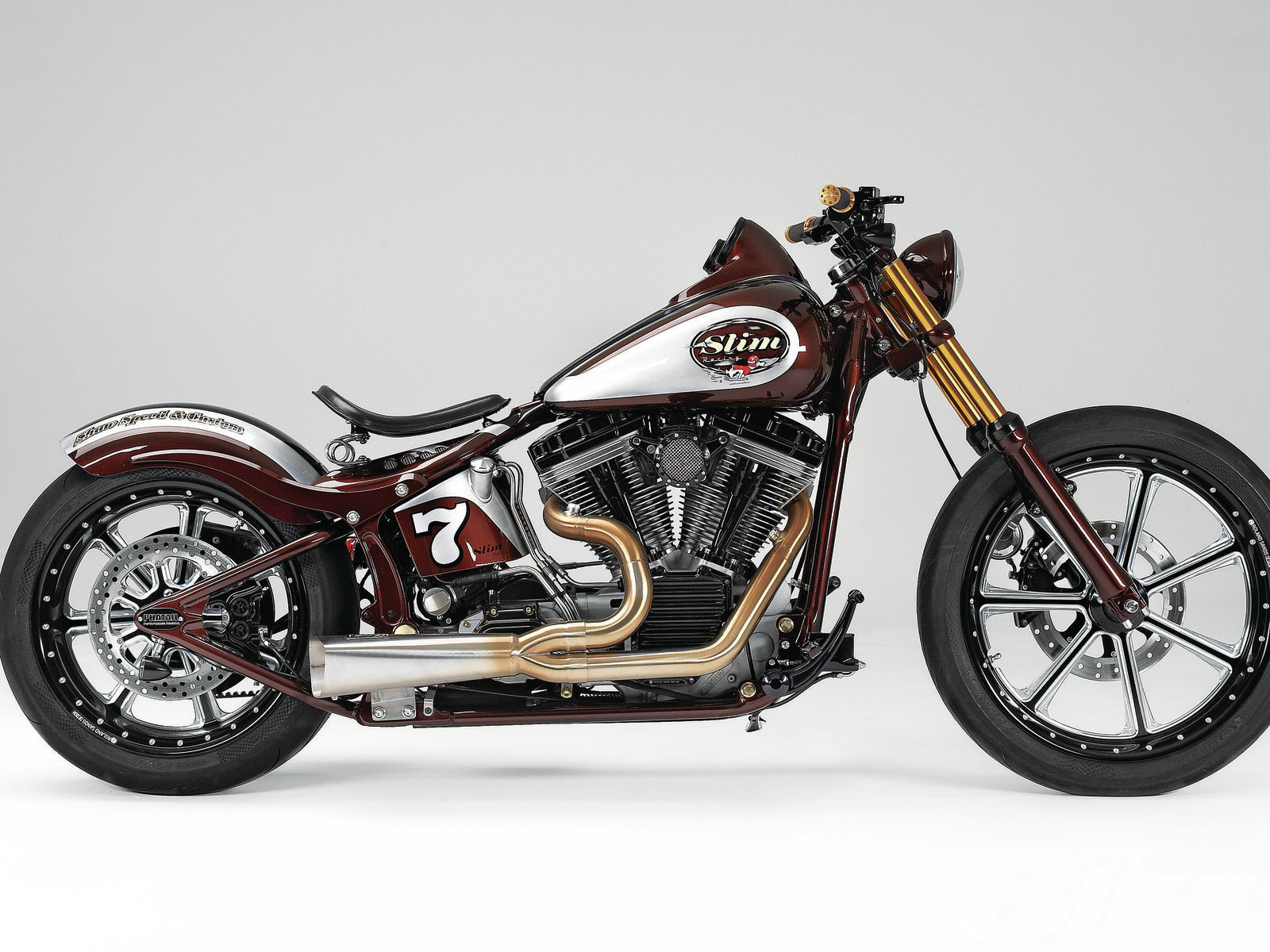 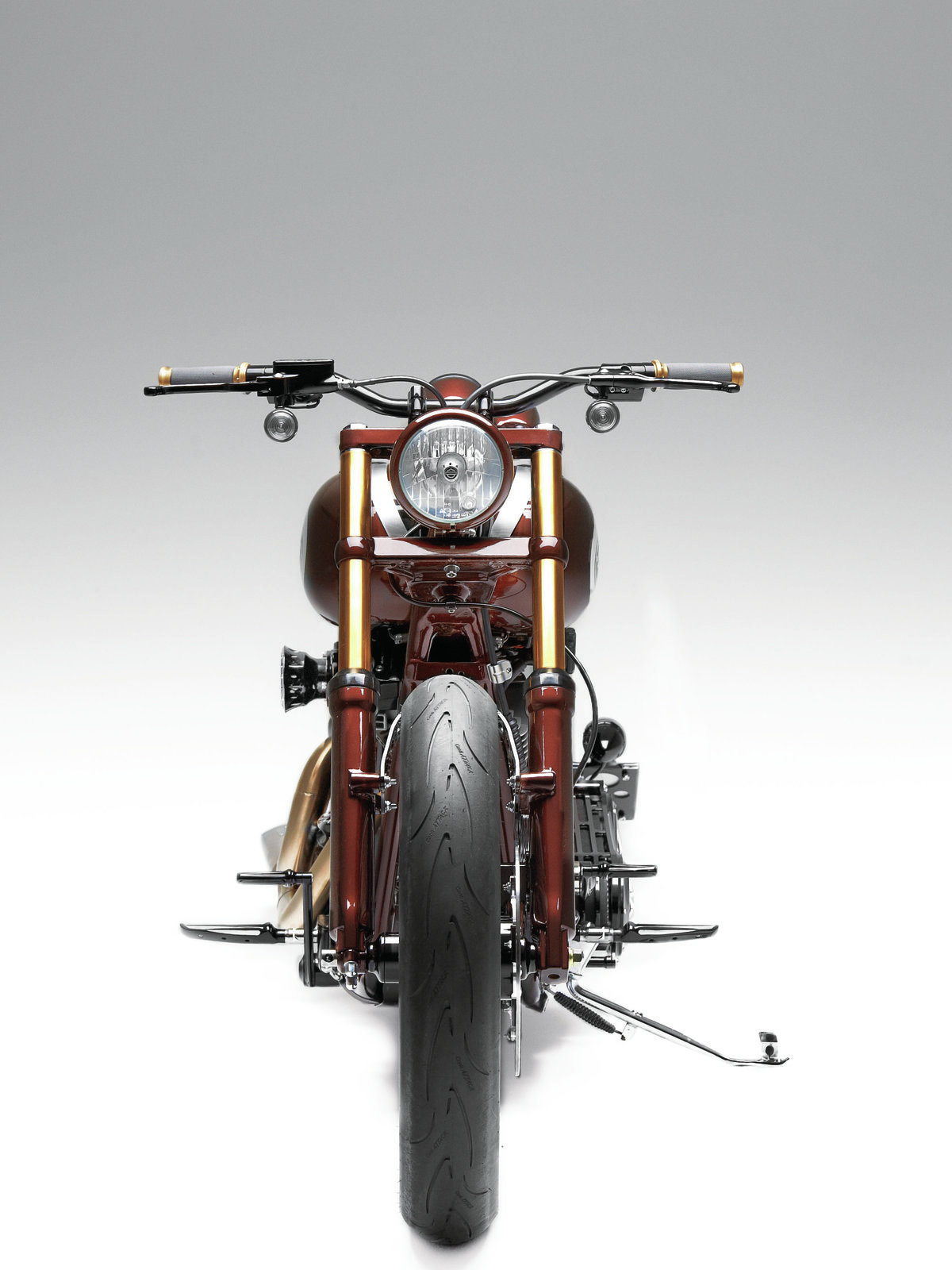 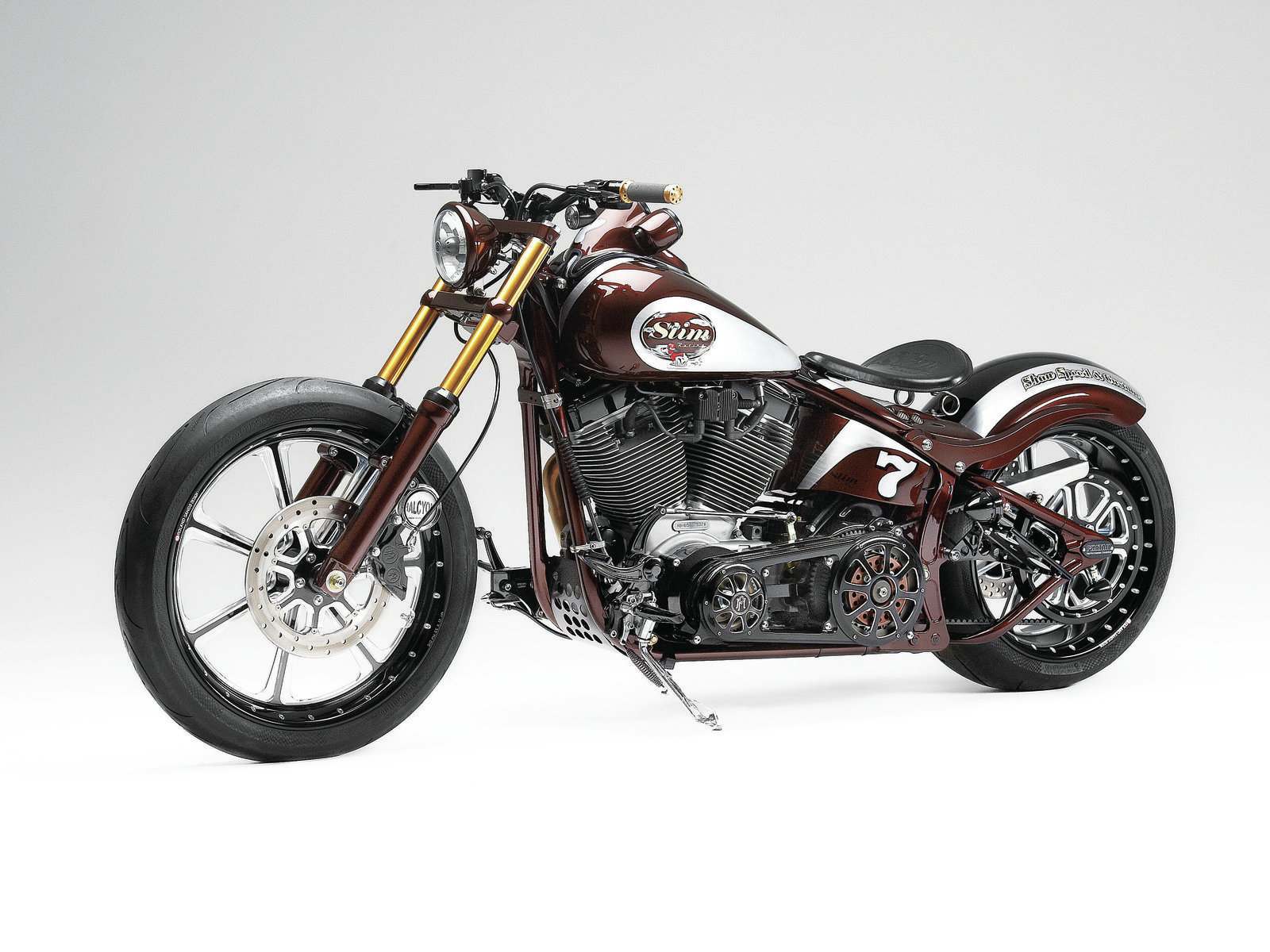 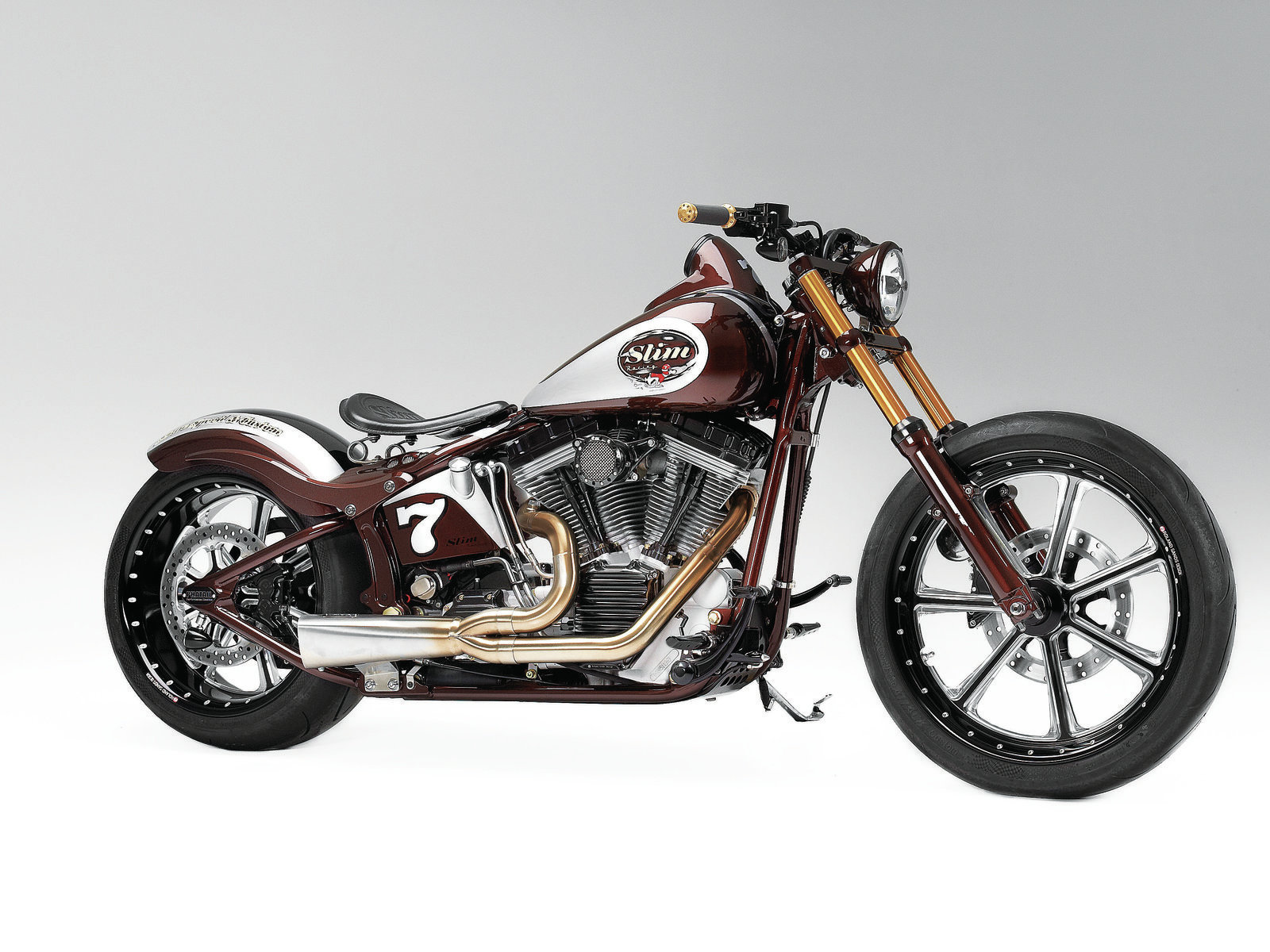 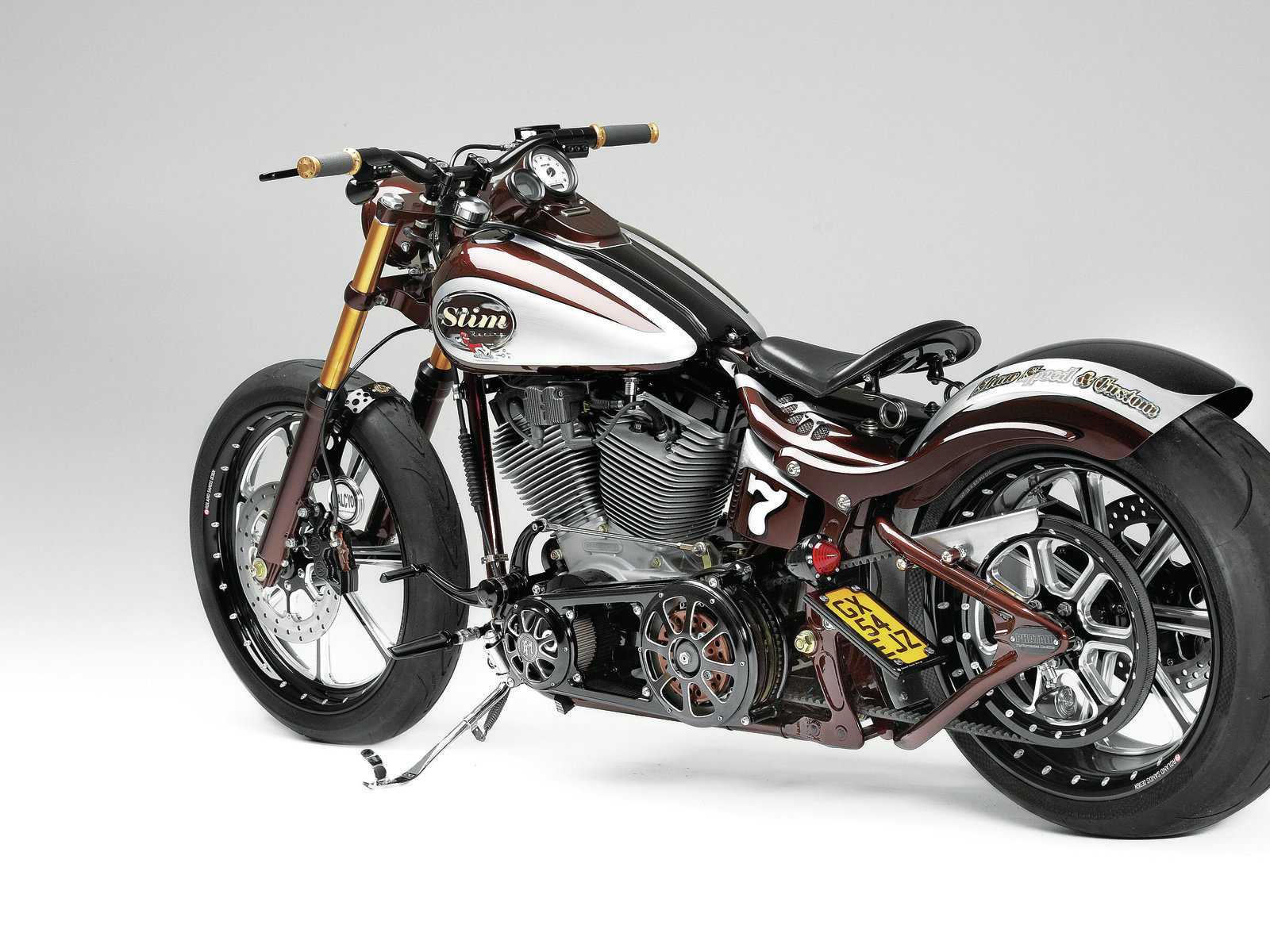 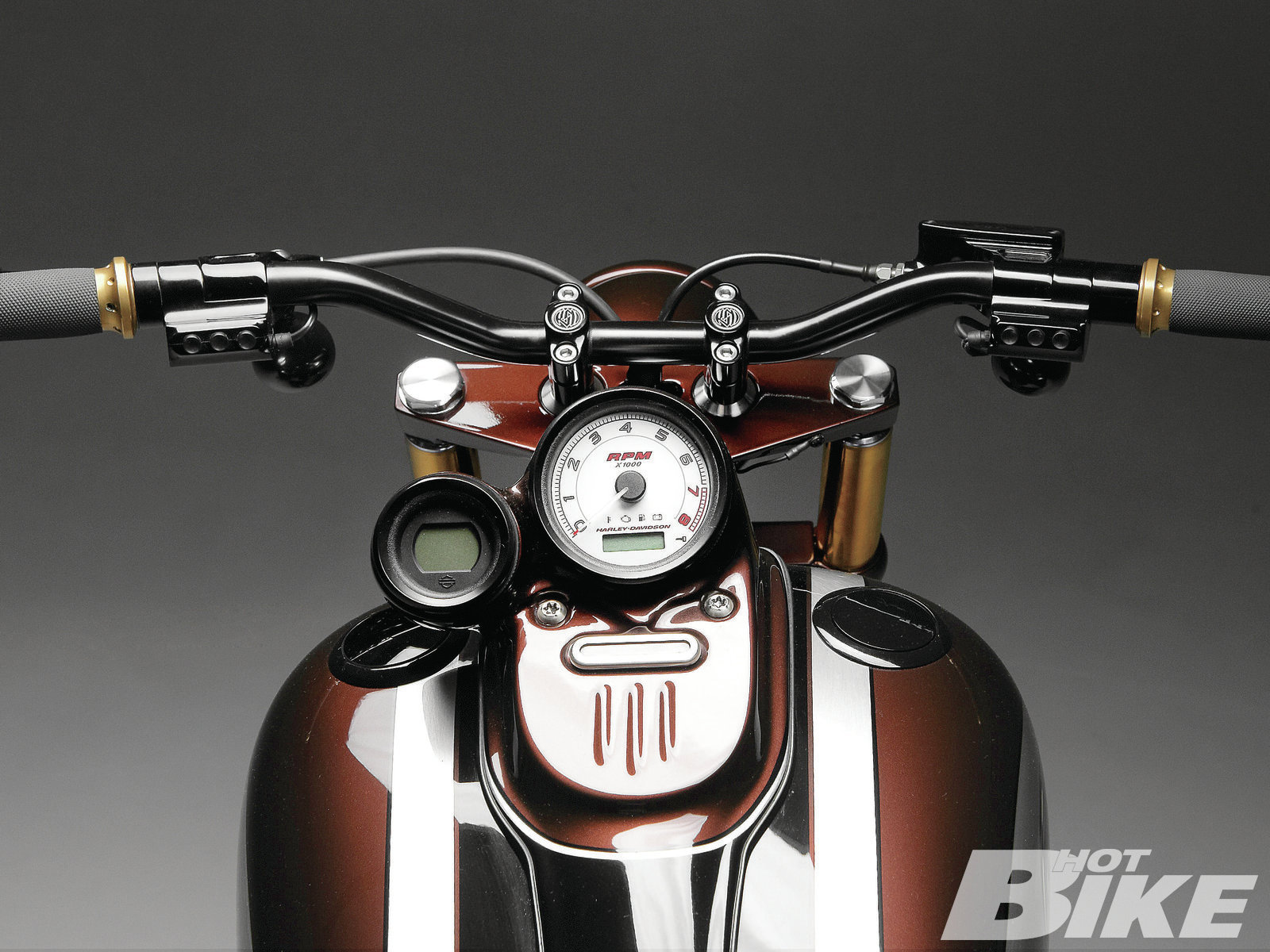 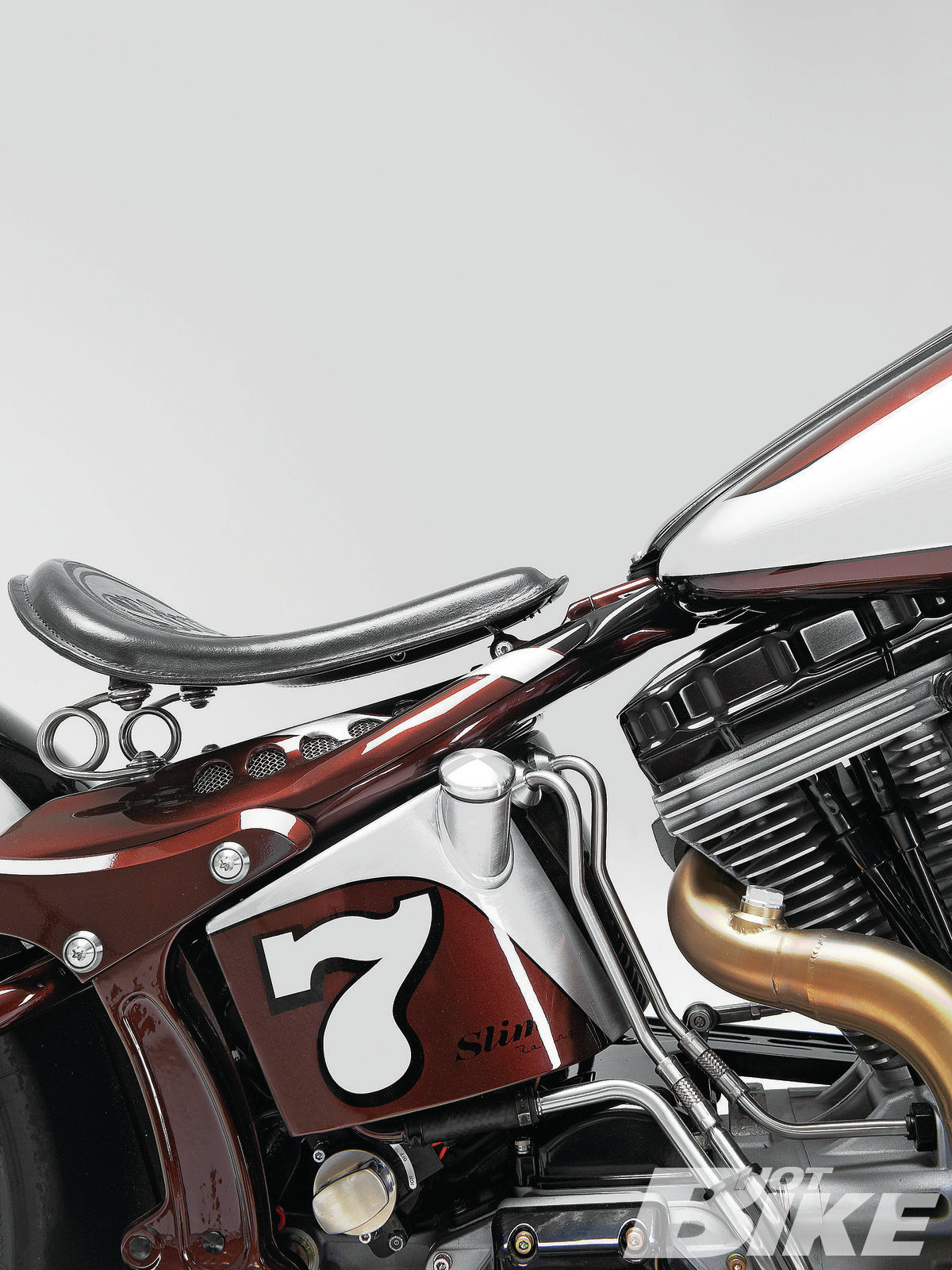 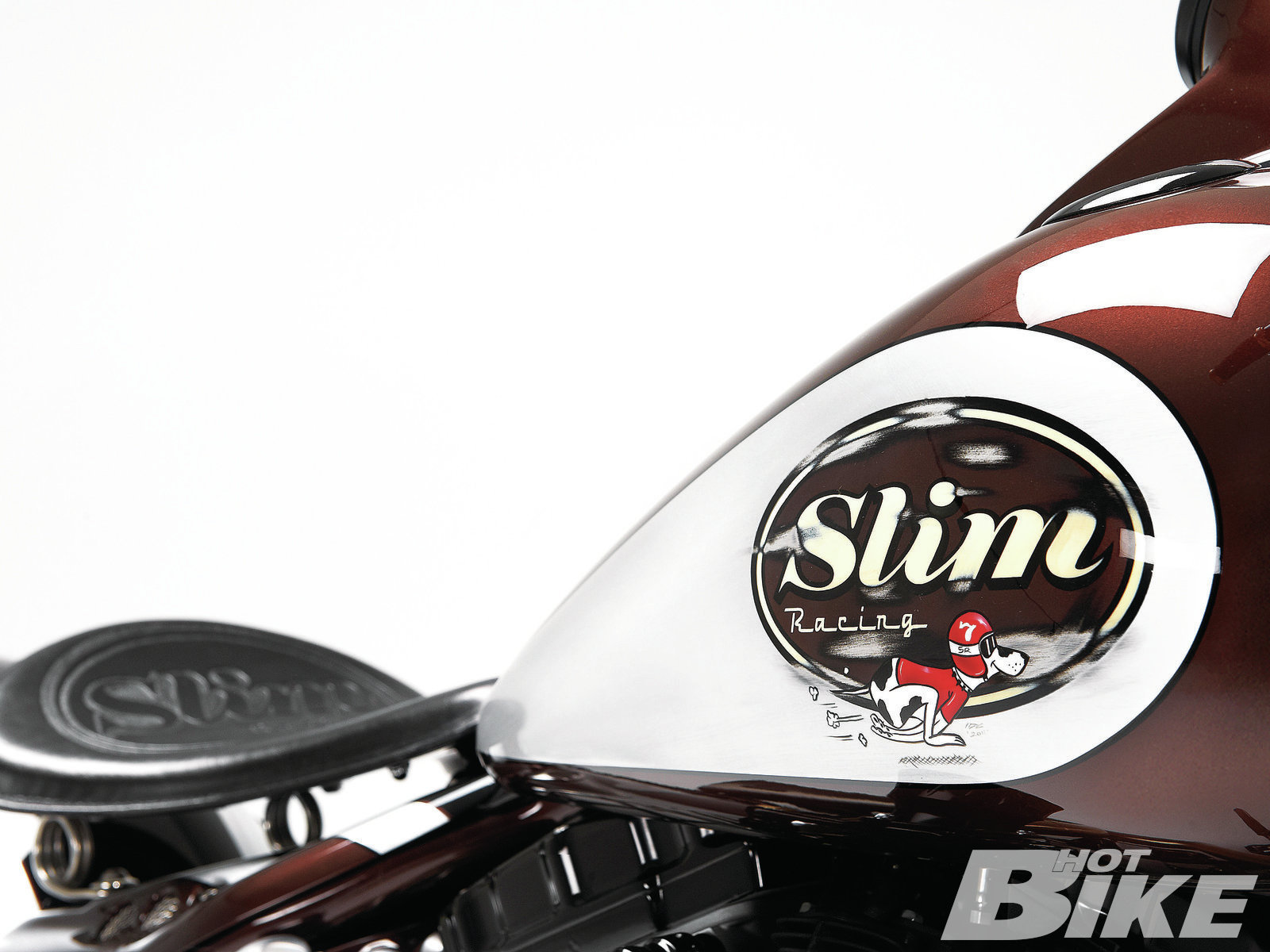 The definition of custom is to modify something to match one’s personal taste. Comparing them is a lot like comparing women because what is considered attractive is up for considerable debate. For some, there is nothing like thick curves and round shapes to get the blood boiling. For others lean and mean is the only way to go. It’s that ebb and flow of parts and chops that influenced this 2004 FSXTI into one attractive ride, no matter who’s behind the bars.

When a custom needs to be ridden, most of the crazy trends go right out the window. The artistic part comes into play in making ridable parts flow together seamlessly. Shaw Harley-Davidson out of the UK prides itself on not only building some of the most attractive bikes in the word, but also making them suitable for use on any road.

Roland Sands is known world wide for his futuristic builds and innovative products. To duplicate the feel of functional art, the team at Shaw Harley was quick to make use of many RSD parts including the rocker boxes, air cleaner, rotors, and Diesel wheels. When asked what inspired the clean look, Shaw stated, “The bike was built with an inspiration of a fast racing silhouette. This was taken a step further with the integration of a XR1200 speedo on the top of the gas tank to give it a race-inspired cockpit.”

But is this bike just another pretty face or glammed-up trailer queen? “No way,” explains Shaw about the owner behind the build, “The owner has KTMs and other adventure bikes, so he’s used to riding a lot. He wanted a bike for cruising and something that would inspire him to take it out for a ride, not just to look at it. It started as a bolt-on project but quickly grew into another level once it hit the bench. Stripping the bike to its essence enabled the Shaw Speed and Custom team time to hide and minimize wiring, reroute and relocate all the hard parts, and give it a high-end finish. The hardest part was fusing together the Sportster’s speedo with the Dyna tank and Softail frame.”

Adding and removing parts at random can go one of two ways in the end. But all can agree this bike seems to have the right amount trick parts added and with just enough extras taken away. The end result is a clean, modern looking bike that would look great no matter what side of the street, or pond, you might be riding. HB

Some minor upgrades can be done with the forks left on the bike, but because we were changing all the […]

Richard Merwin and I have never met in person, but I’m guessing he carries his gigantic cojones in a f—king […]