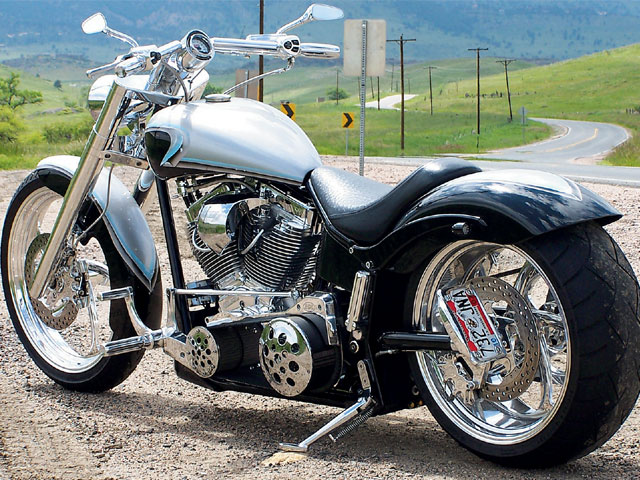 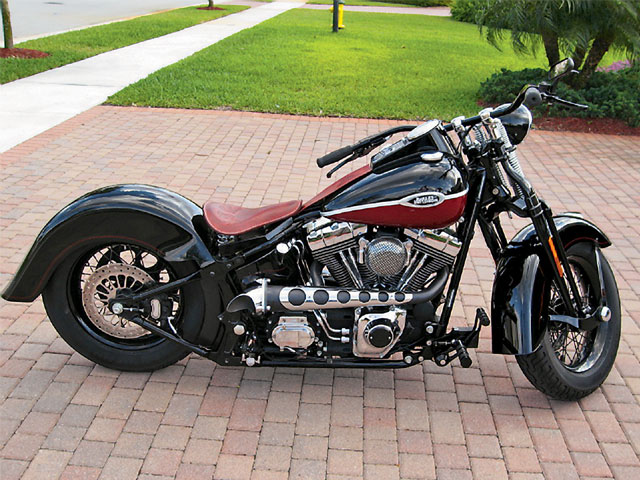 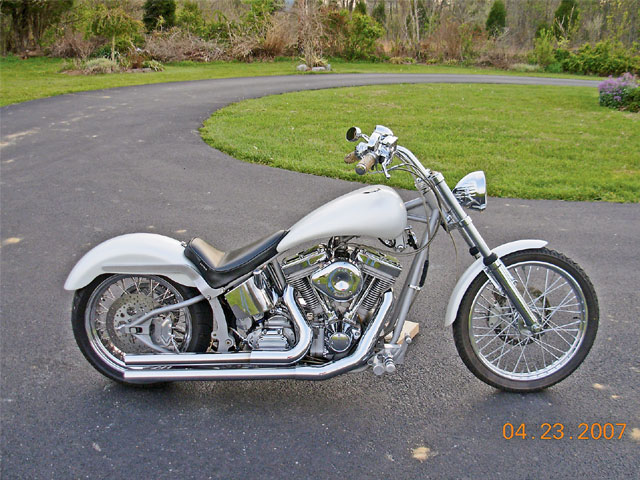 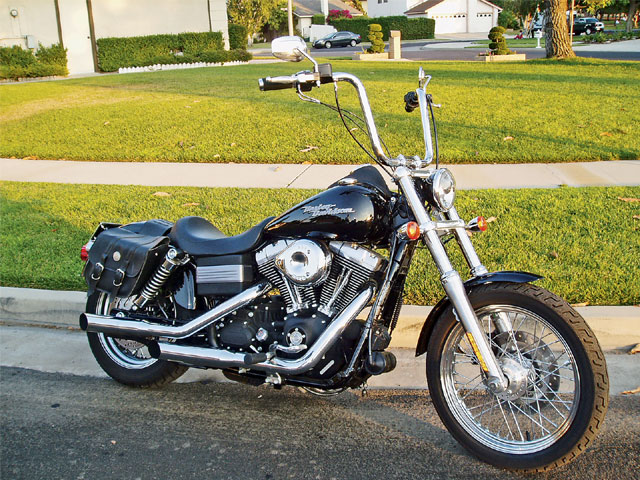 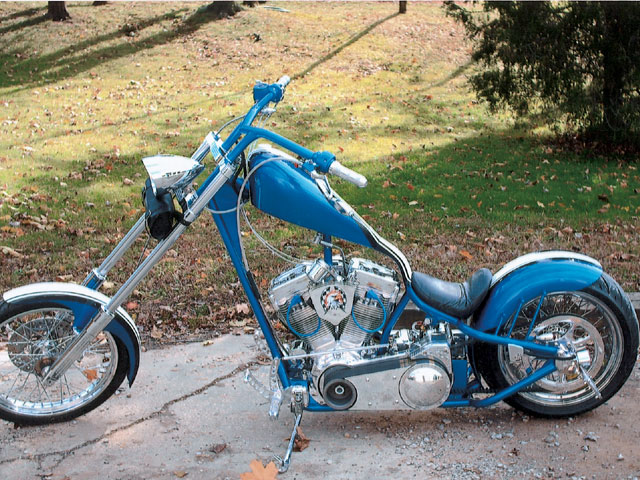 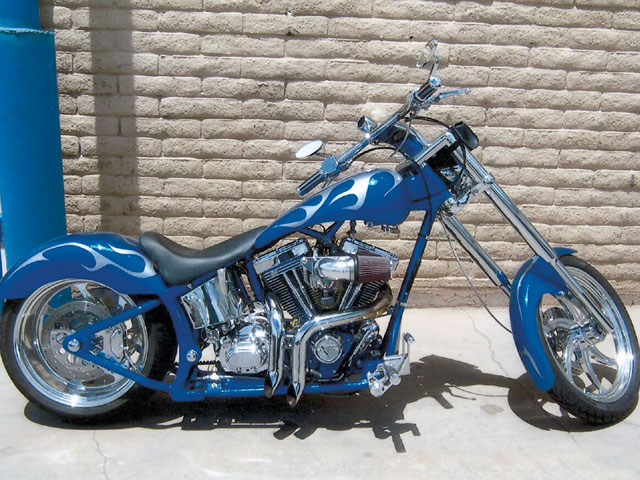 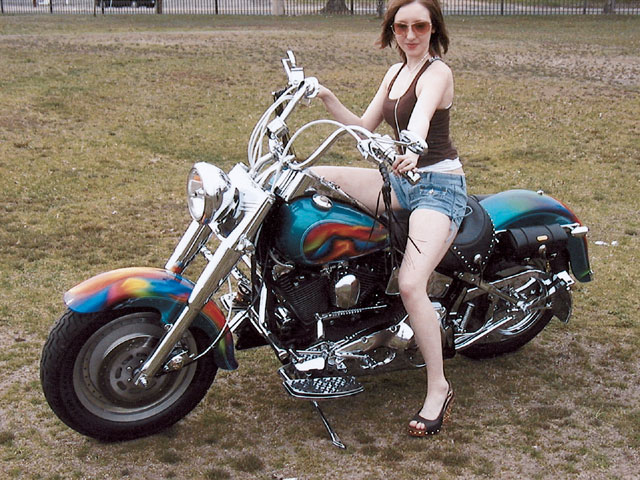 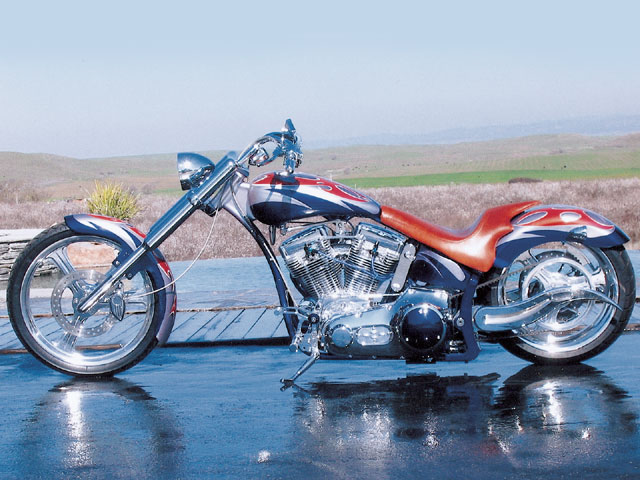 Samson Exhaust has big news for you. As the sponsor of this department, Samson will give you a $75 gift certificate toward a set of Samson pipes if we select your bike. That’s right-get your bike published in full color in your favorite mag and receive bucks off your next set of Samson pipes! You can’t lose.

All we ask is that you follow these simple guidelines: Take a shot of your bike from the left and right side with a clean background. Don’t show us your cars, boats, neighbors, or bicycles in the photo, just your bike. Please send color prints, slides, or high-resolution images on CD. No digital prints from your computer, please. Remember, the better the picture looks, the more likely it is to be published. And now that you can get some new pipes cheap, there is even more reason to send sharp photos.

We want to see what you ride, from doctored stock to wild custom, so send those pics to: Hot Bike Readers’ Showcase, 2570 E. Cerritos Ave., Anaheim, CA 92806.

The CobraChuck’s ’04 Big Dog Bulldog is a living testament that a custom chopper can be built to any rider’s ideals without draining the bank account. With a little research and some compromising with his wife, Chuck found this pro-street-looking custom chopper. Chuck got the fast, low, fat, and long look he aimed for without giving up the handling he needs to run in the foothills of Colorado. With his S&S; 117ci Super Sidewinder cranking out 140 mph on the dyno, Chuck achieved the speed he wanted with the look of a one-of-a-kind custom chop.

Mad MaxMichael took his ’05 H-D Springer and turned it into a road warrior of his own. Keeping the heart of this asphalt monster intact with stock H-D parts, Michael added his own touch with Thugs Hot Rod fenders, handlebars, and pipes. He says he named his bike after his son, and that if we met him we would see why both of them have earned the name, “Mad Max.”

Bright WhiteSometimes keeping it simple is all it takes to make your chopper jump out ahead of the pack. This is what Mark got with his all white and chrome ’04 Fat Bastard chopper. This bike took him only five months to build, and he says it runs great and is as fast as a cobra’s strike. Watch out, because the white cobra might just leave you with a need for the winding road.

Frank’s Daily RiderFrank James, from Anaheim Hills, CA, received this slick ’06 H-D Street Bob as a birthday present from his wife. A little spoiled, are we? Not one to waste time, Frank quickly installed an S&S; air filter and pipes, which gave him the throaty rumble he was looking for. Seeing that this bike is a daily rider, Frank also slapped on new saddlebags so he can take his lunch and other necessary goodies along for the ride.

Why So Blue?Everett Miller, from Rantoul, IL, hopes that all you custom lovers out there dig his blue chopper. The design is clean and classic with just enough chrome to complement the cobalt and white paint. We look forward to seeing Everett’s next bike build!

Built From The Ground UpGary Dunn decided it was time to custom tailor a bike to meet his standards. The inspiration for Gary’s bike came to him after he saw a couple of pro-street choppers that were featured in HOT BIKE. This beautiful custom was completed in only four months and is sure to parade the streets of Prescott, AZ, for years to come.

First AttemptSkip Hochreich of Agawam, MA, would like to share his first custom bike with our readers. Skip loves his chrome, so he opted for a bright swingarm, new frontend, and shiny calipers. Future plans for this Fat Boy include new Samson pipes. No need for the shameless plug, Skip, we selected your bike because we love this picture you sent in!

California CustomThis smooth and low bike from Oakdale, CA, is definitely a head turner. Owner Don Brock has put in some serious time, hard work, and cash toward the creation of this rolling masterpiece. Equipped with a Legend air ride system, Dakota Digital gauges, and a myriad of other custom goodies, this bike must cause severe cruising envy.

This article was originally published in the October-November 1997 issue of Cycle World’s Big Twin magazine. Building a true, one-of-a-kind […]

Cordura stretch denim makes up the bulk of Icon’s understated MH1000 pants, though you will find Kevlar reinforcements at the […]

MSRP is $499.95 Courtesy of Cobra Engineering Cobra’s all-new Fi2000 PowrPro Black tunes your bike based on the rate of […]