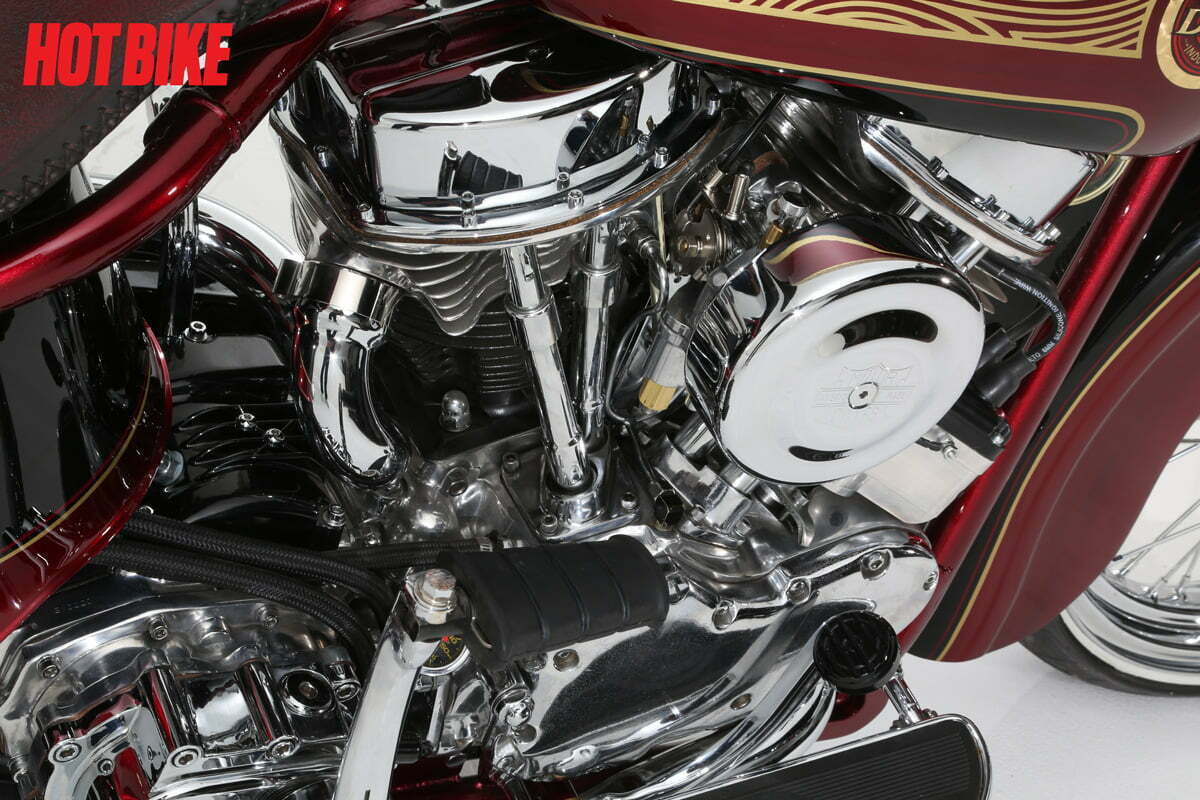 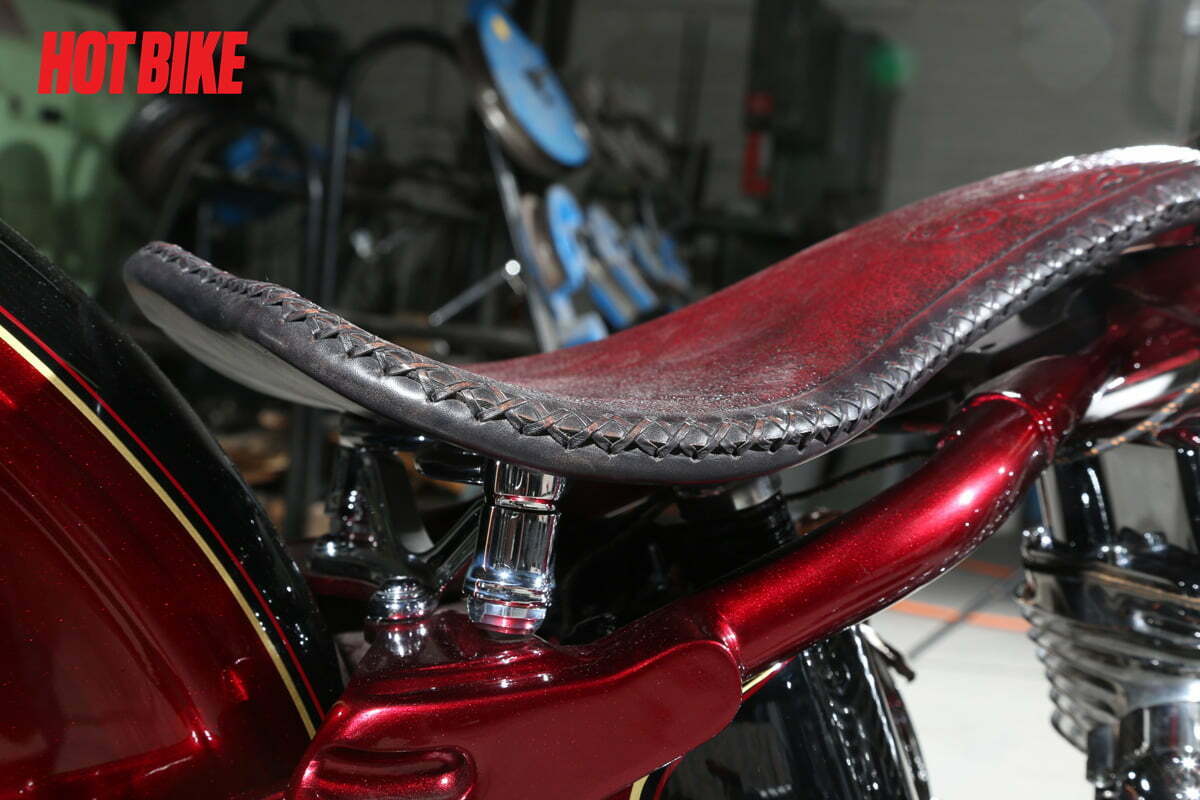 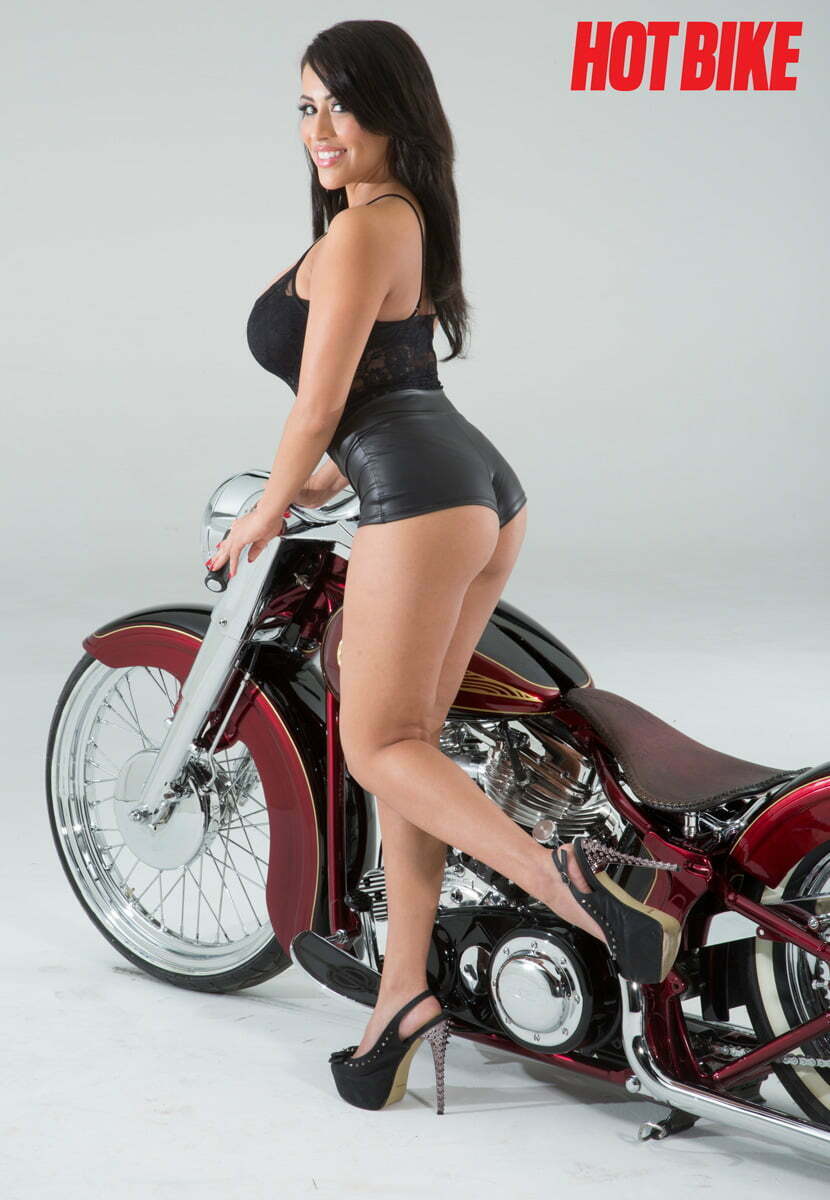 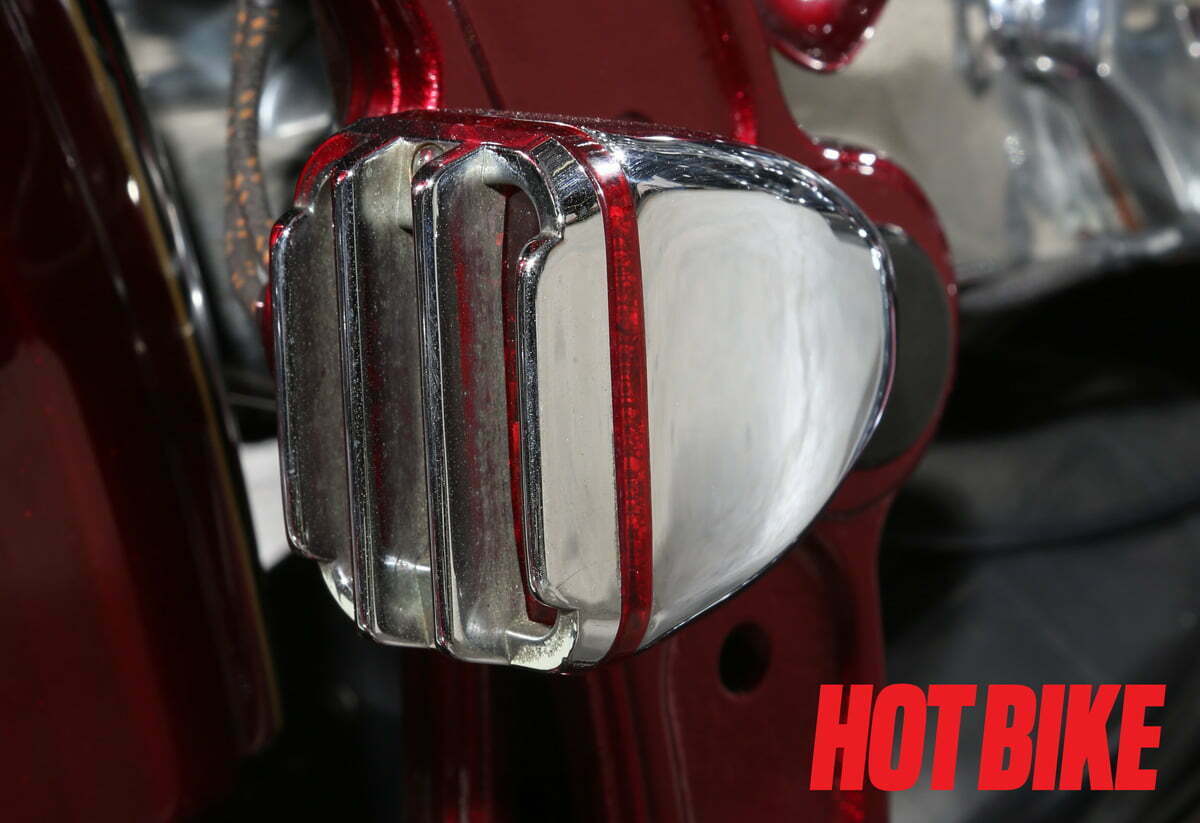 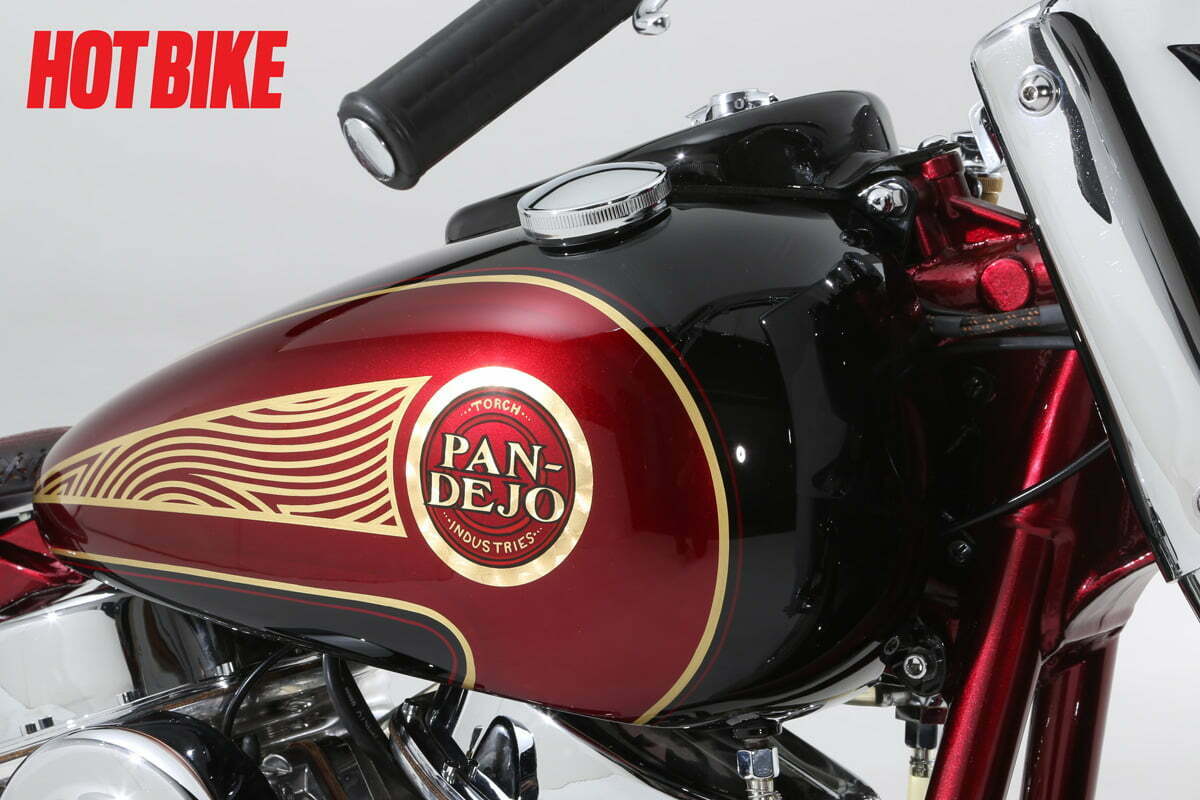 In a world of unoriginal ideas, custom-bike trends can often dictate cool-guy status, leaving those who dare to be different standing all alone. Often building a bike so clean and with such detail can leave the uniformed unimpressed, mistaking it for an almost unmodified appearance. It takes far more craftsmanship to take two unrelated styles and genres and merge them without being noticed than to mash it all together for the sake of a quick shock value.
Every few years a bike comes along that takes all the rules of building a bike, puts them in a jar, swishes them around, and breaks it wide open. From an outside novice point of view, Pandejo appears to be another Torch Industries build, complete with the typical tip-to-tail, ultra-clean lowrider look. It’s only upon further inspection that the devil in the details starts to rear its head.
Torch Industries is known for reviving that late ’60s/early ’70s custom car culture. Its bikes tend to be long, low, simple, and devoid of anything that screams, “Look at me!”

Its bikes tend to be long, low, simple, and devoid of anything that screams, “Look at me!”

Starting with the frame, it appears to be a typical 2008 Softail. But it’s what is beating between the rails that truly makes this bike a one of a kind. A typical ’08 Softail frame should be housing a fuel-injected Twin Cam motor. Instead, a rubber-mounted 1965 Panhead is in charge of the put-put power. The transmission is out of a 1986 FXR and fitted with a short shaft and kickstarter. The primary was hand built with an early-style look made to accept a narrow belt drive and converted to a chain. An old-school Joe Hunt Magneto handles the sparks and further enhances the nostalgic functionality and feel, confusing the uneducated that much more.
Nothing is sexier than a woman with shape, and Pandejo has curves for days. The bodywork has all been massaged, including modifying a set of Harley split tanks to fit the new frame. Custom metal stretched front and rear fenders barely sit off the ground but rise up to riding height thanks to a custom air ride. Internal cables and wiring are fed through a swooping set of custom Torch bars, leaving them completely unobstructed to complete the clean laid-back boulevard vibe.
Paint can either make or break any bike. In this case Manny Cisneros took his years of knowledge from painting lowrider cars and bikes and created a look that was meant to have a understated factory appearance but with colors and paint so deep you’ll be looking for a towel to wipe off all the wet-looking paint.

Torch Industries has managed to create a motorcycle that is both stealth and screams volumes.

Torch Industries has managed to create a motorcycle that is both stealth and screams volumes. Rather than showing up to the party kicking and screaming, Pandejo tends to sneak in the back door. Once inside the oohs, ahhs, and chatter start to dissipate amongst the crowd. Don’t leave your girl around this bike because before you know it, she might just be sneaking out the exit before you even realize what happened, and no one will blame her.

Don’t leave your girl around this bike because before you know it, she might just be sneaking out the exit before you even realize what happened, and no one will blame her.

The bike owner Tony Bustamante would like to thank everyone who was involved in creating this machine. He would also like to mention that it was built in memory of his brother-in-law Pete Fassbender from Cleveland, Ohio, who passed away in a motorcycle accident in 2008. I’m sure Pete is looking down from above and is amazed as much as we are at the final outcome.

I grew up in Croatia in a small town with a racetrack that ran through the upper part of town. […]

Give your tired old hog some new stopping power. Courtesy of GMA/BDL In real world use rear master cylinders found […]