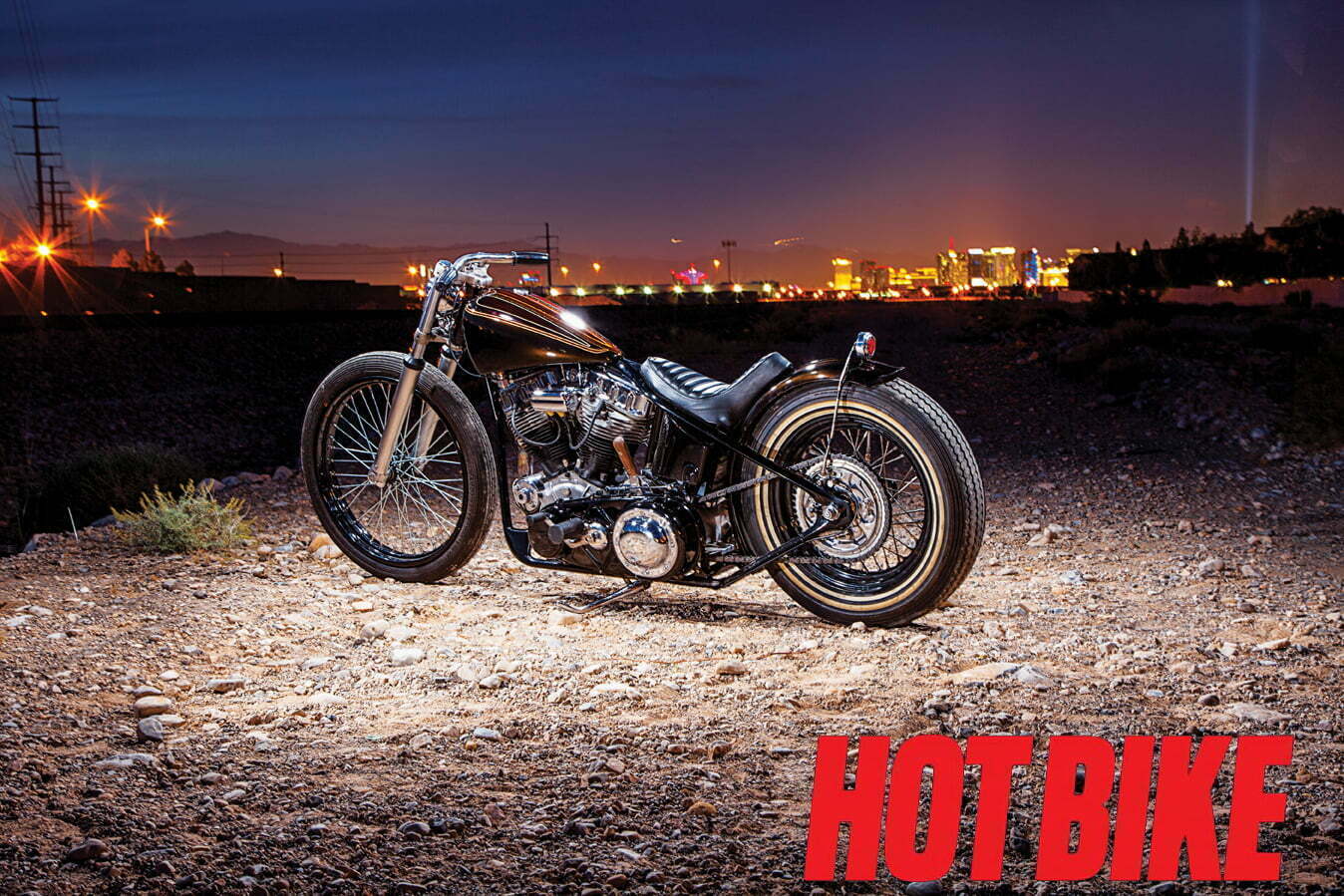 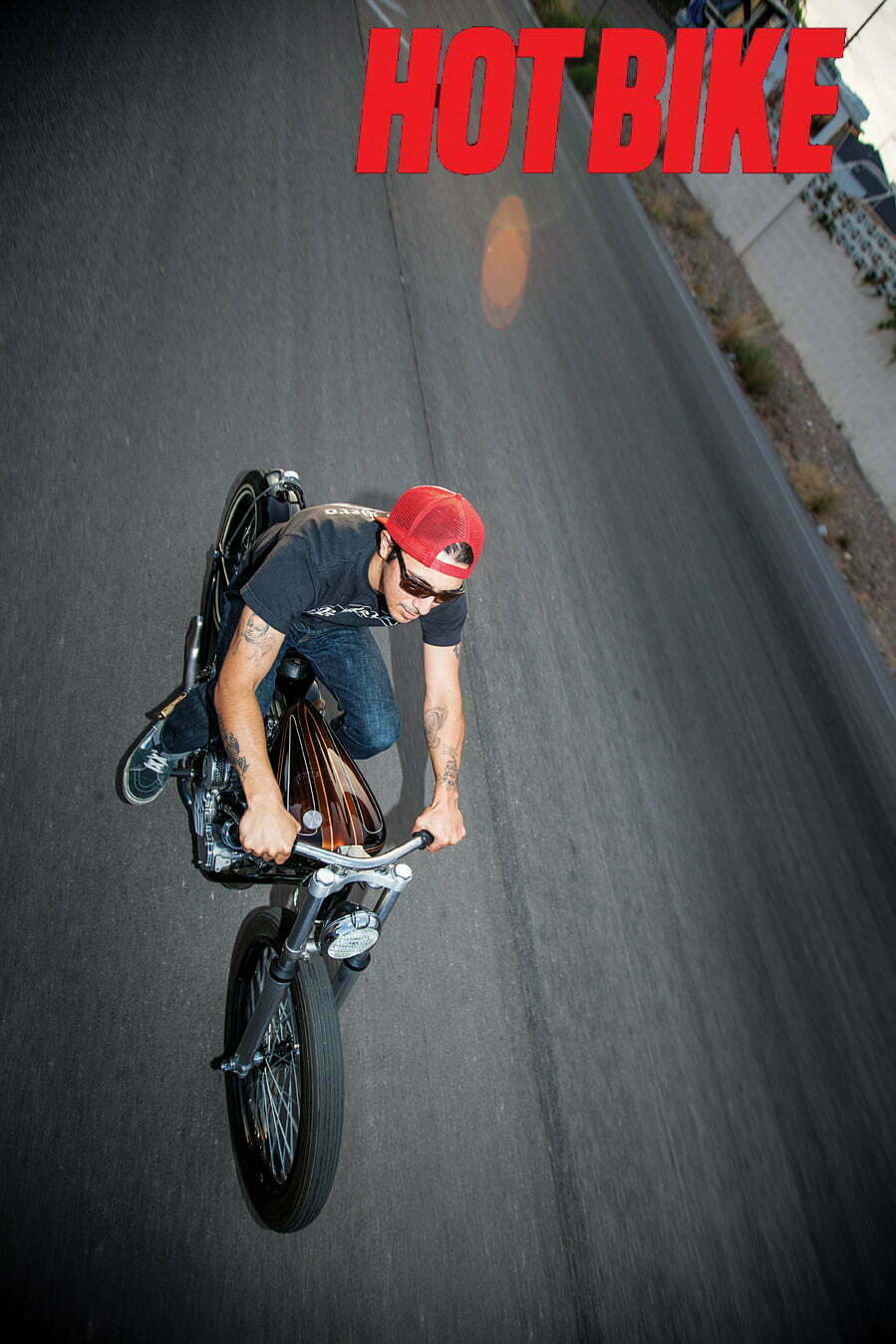 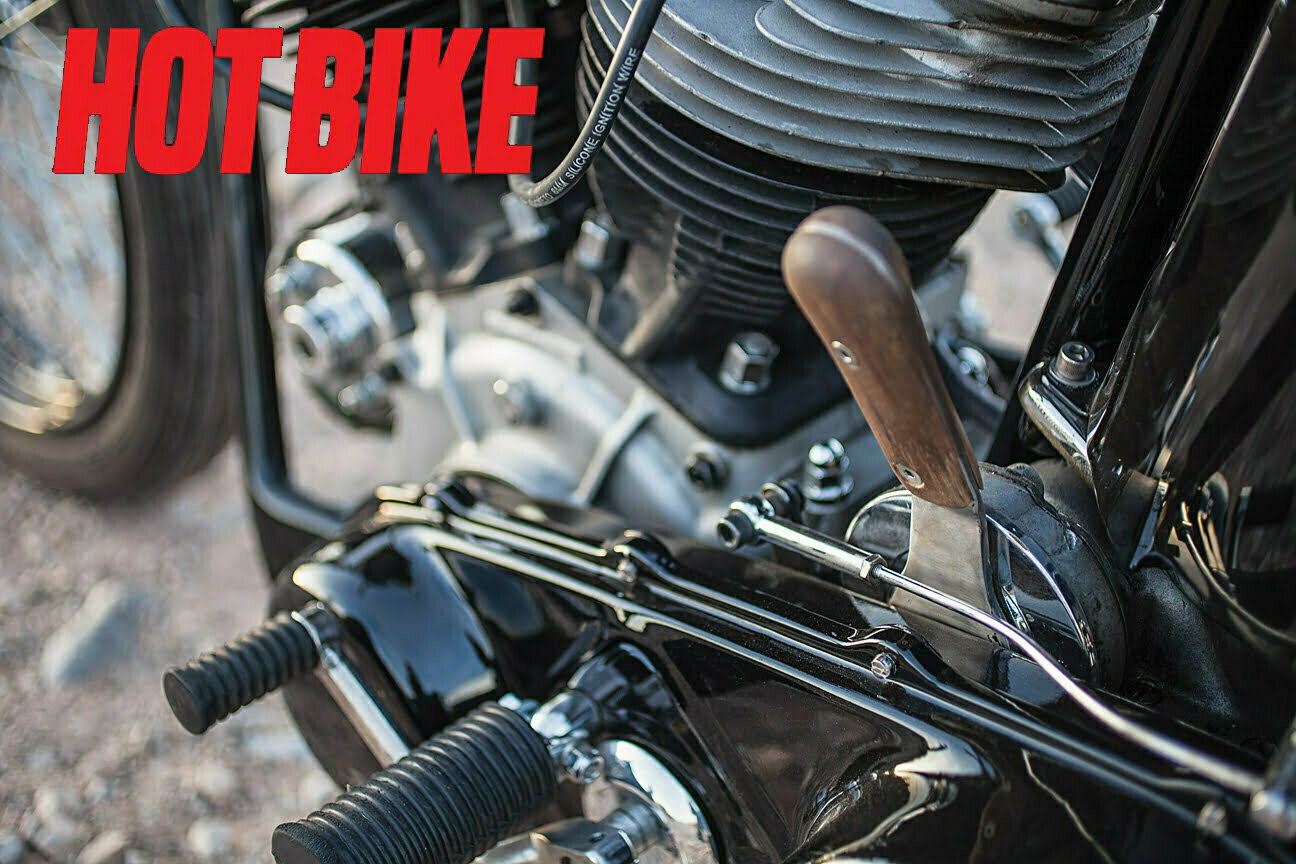 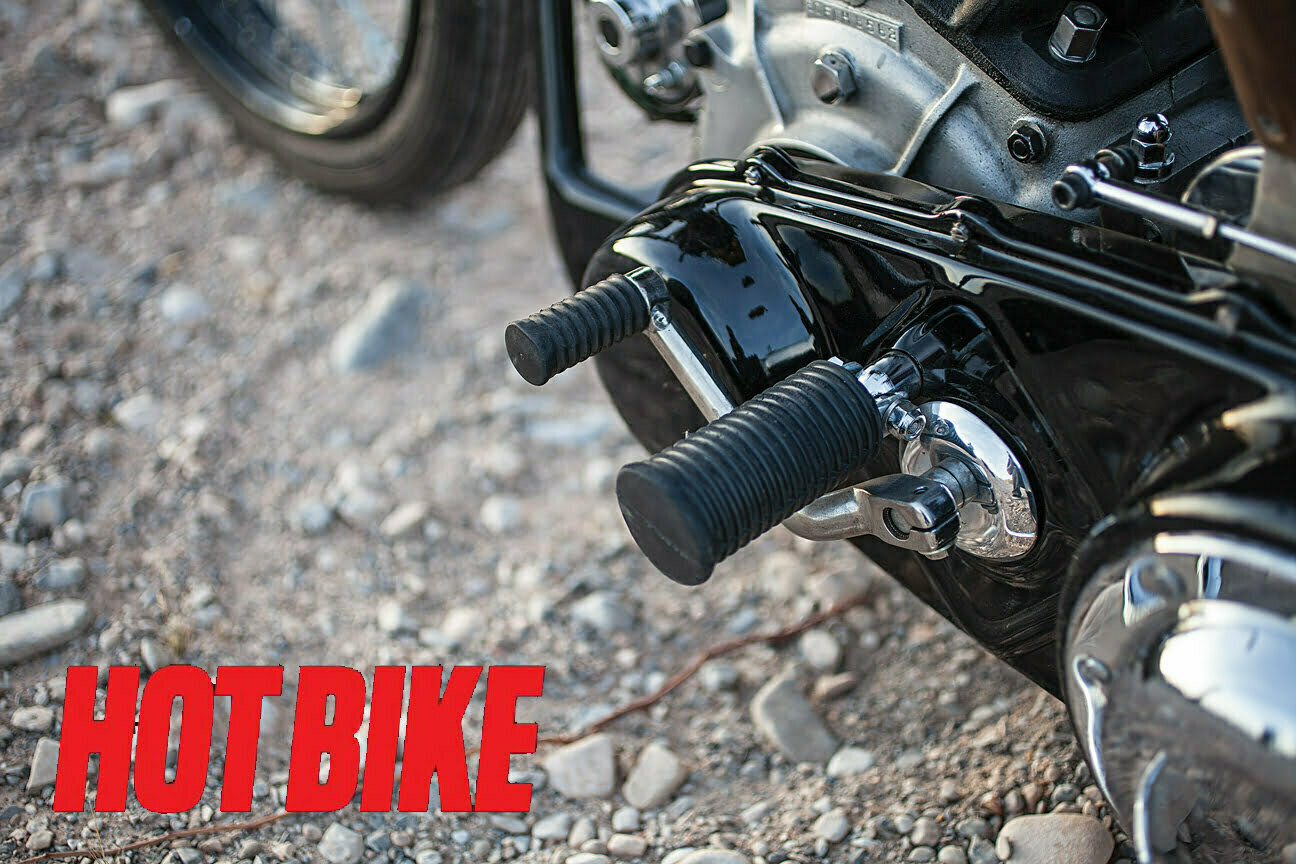 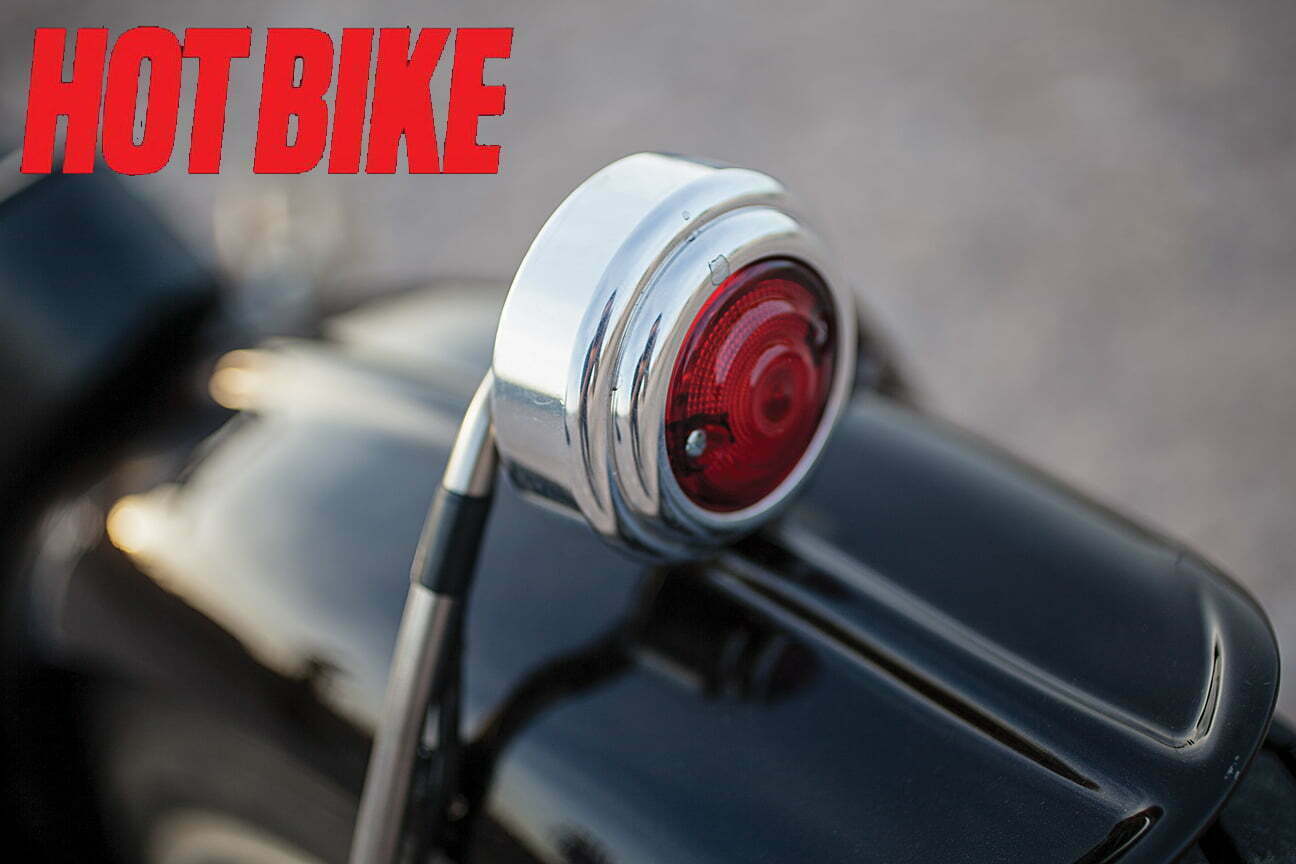 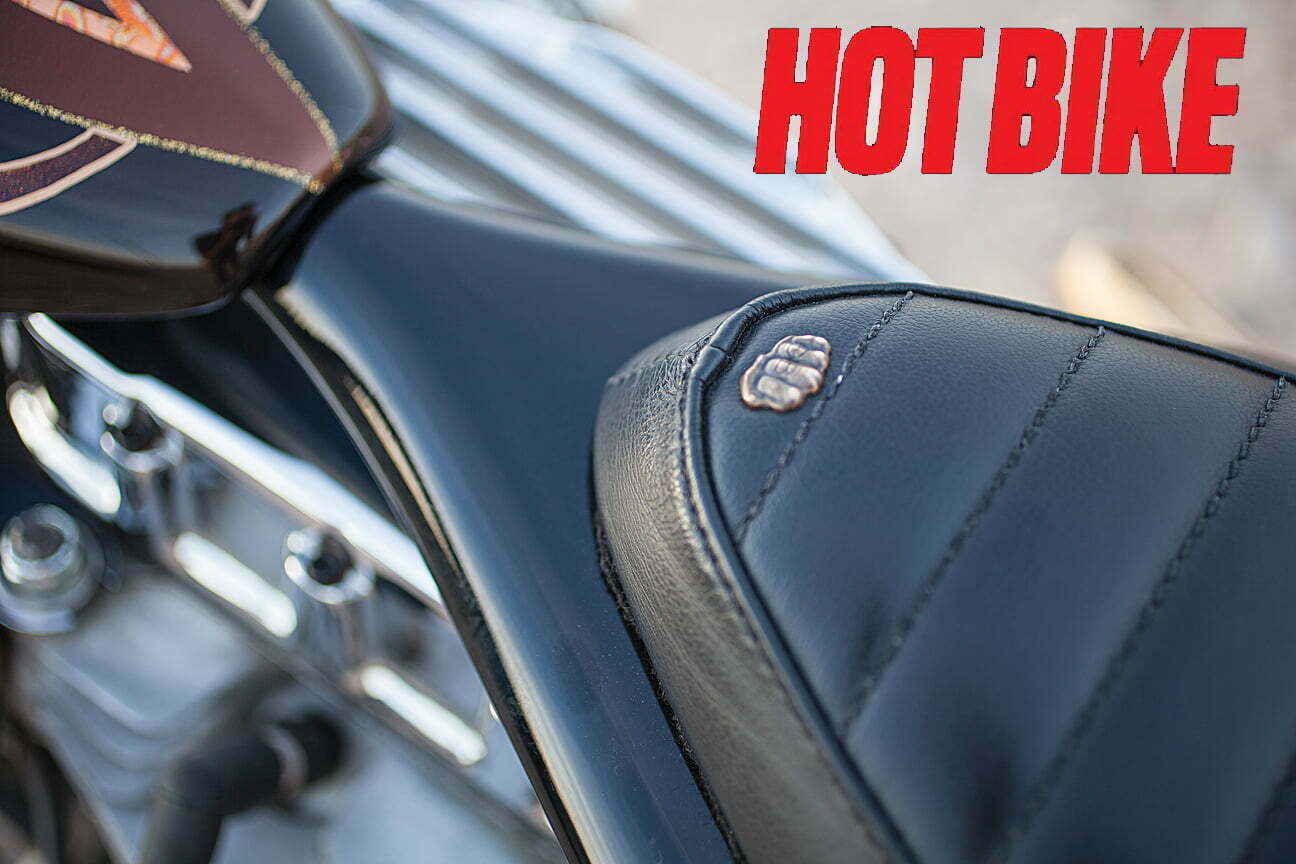 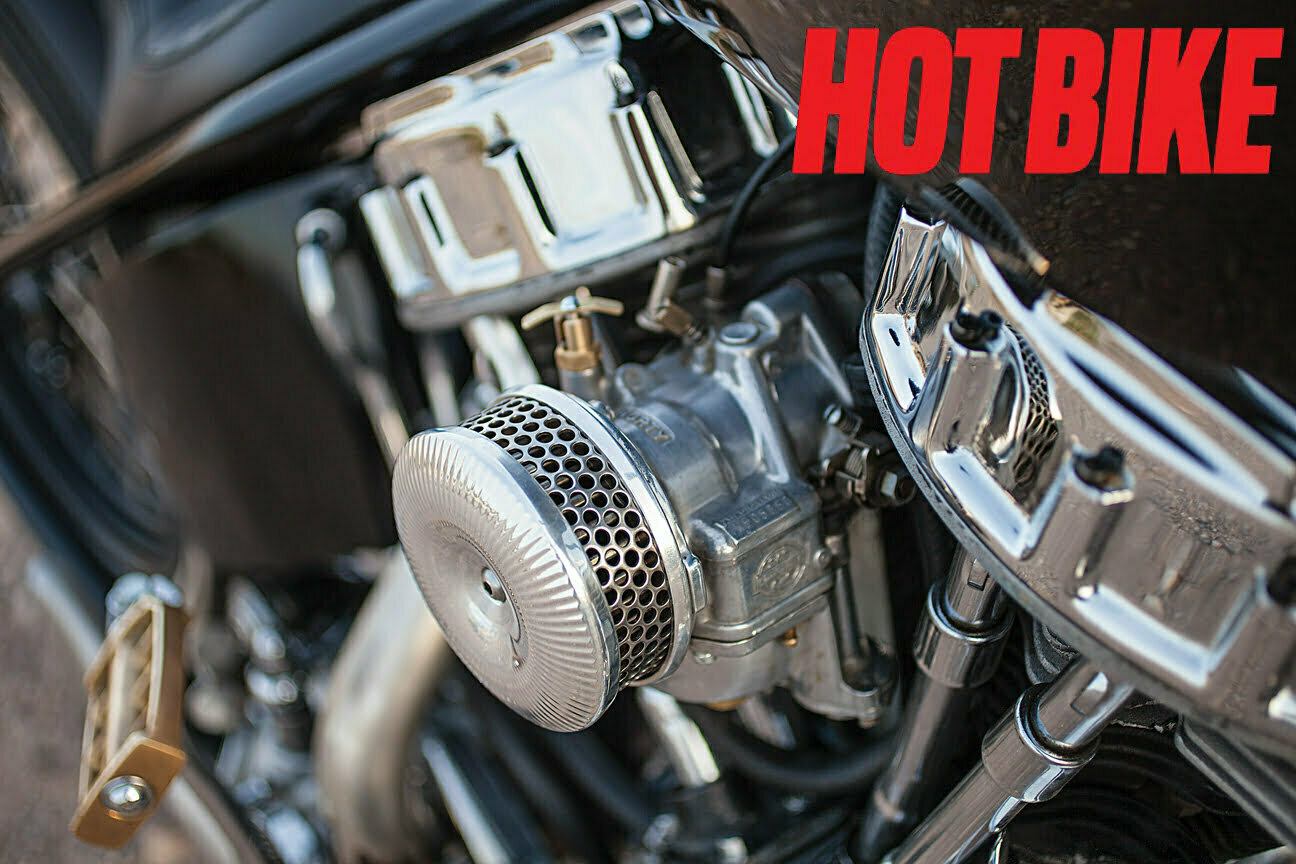 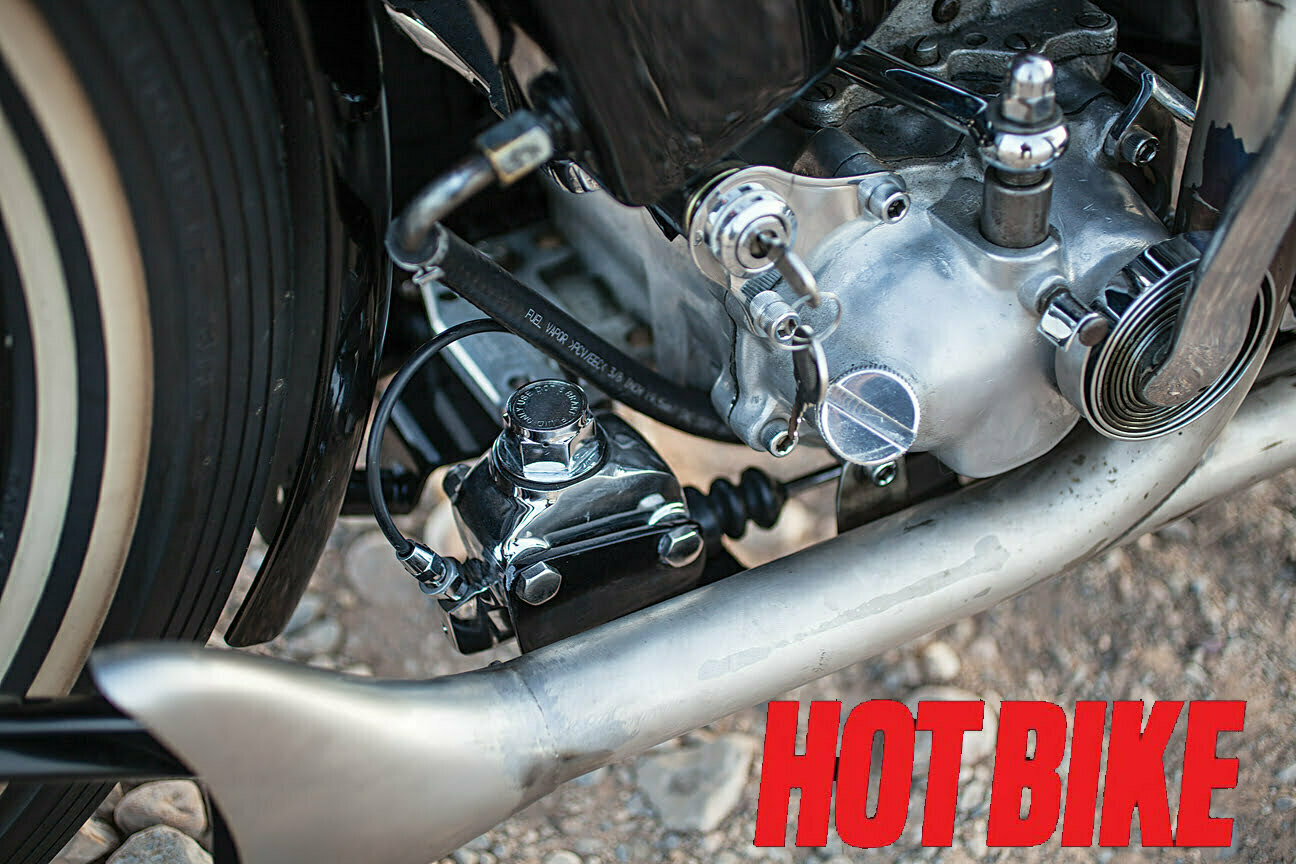 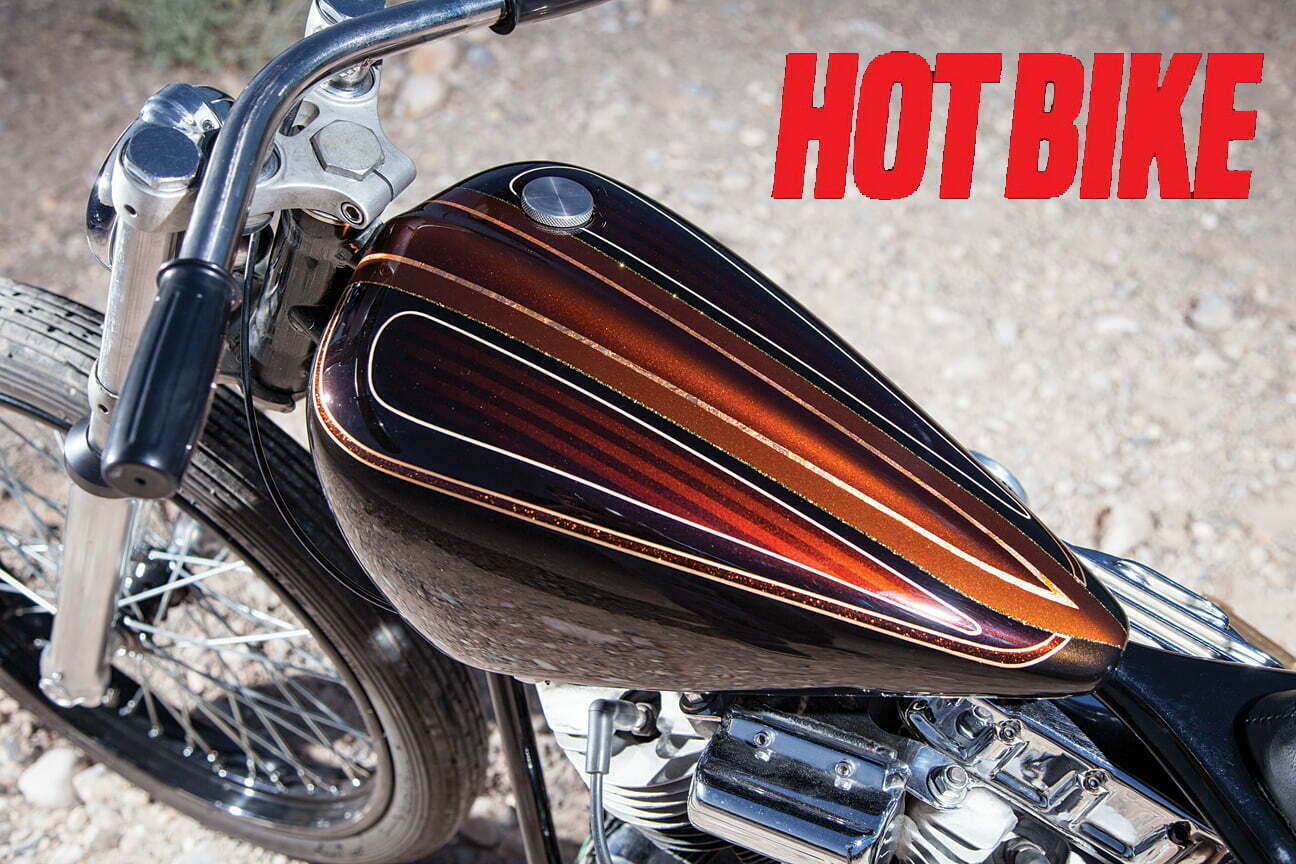 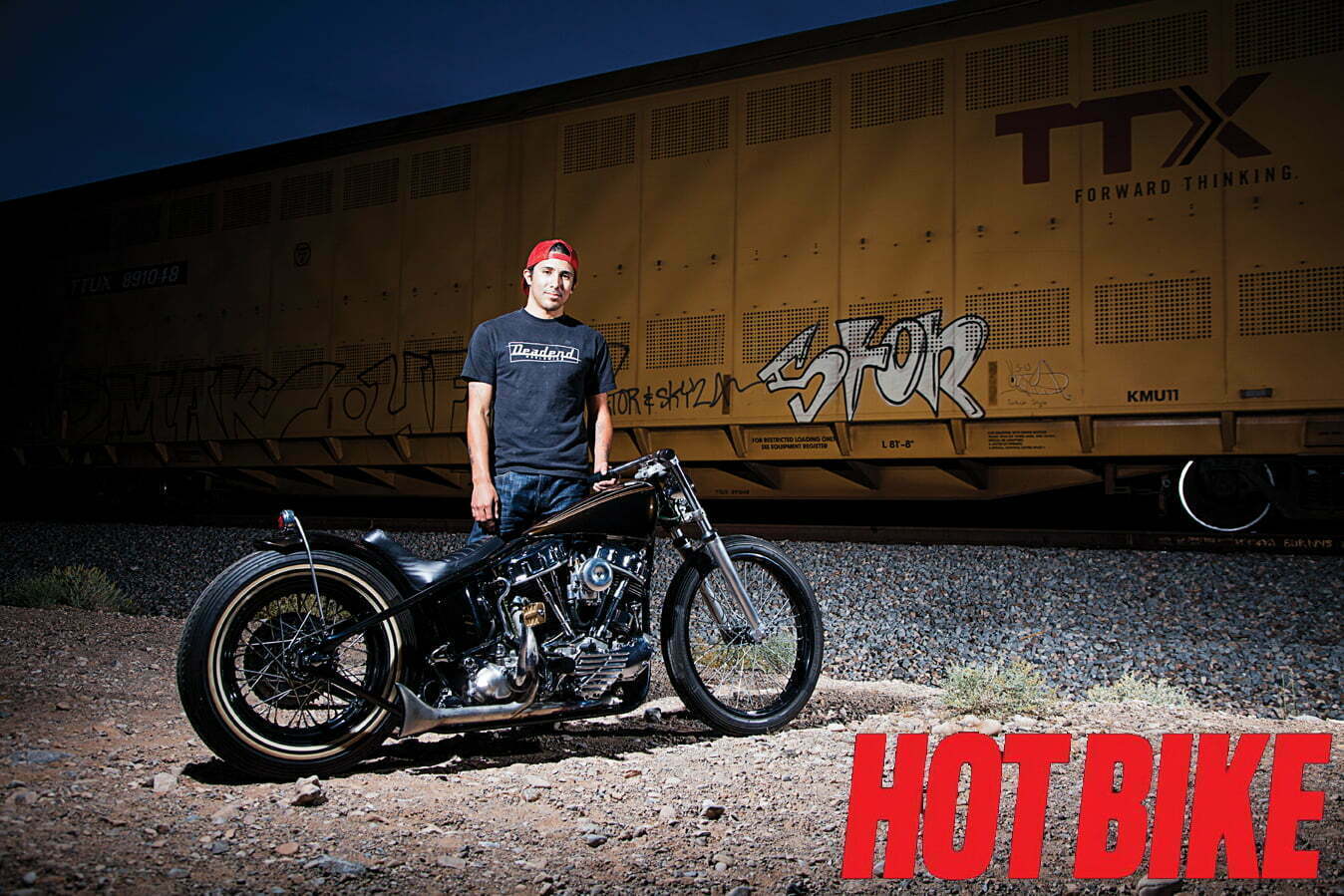 “Cole Foster named my bike the Little Dreamer. He was teasing me about being a dreamer because he thought I was dreaming that the bike would ever be finished. He drew a little Mexican taking a nap on my oil tank and said it was me…” —Andrew Quinones, a.k.a. Dreamer

Patience is a virtue, and she ain’t cheap. Build a bike yourself, and your time frame is solely in your hands; have someone else build it, and no matter if the progress is swift or not, it always seems like tomorrow is a lifetime away.

At the same time, true quality and style can’t be rushed. Ex Salinas Boy team member Andrew Quinones knows that full well, having worked alongside the man himself, Cole Foster. Prior to spreading his wings and transplanting his wife and himself to Vegas heading up multimedia communications for Dynojet Research, Andrew spent some time under the tutelage of Foster in his Salinas, California, shop, learning the ins and outs of custom car and bike building. He also learned a few other valuable life lessons along the way. But here, for now, is his personal perspective on how Little Dreamer came to be, among other things.

“Before the bike was even a Panhead, it started out as a Shovelhead,” Andrew explains. “When I was going to school in Phoenix, my mom won a $20K bingo scratcher back home in Salinas. She asked what I wanted and bought me a basket case shovel. I worked on it half-ass in my apartment in Phoenix with buddies from school before moving back to Salinas. I moved back home and landed a job at Cole’s [Salinas Boys Customs], so I brought my bike to the shop. All I had was a swingarm frame at the time, but my uncle told me he’d give me a rigid frame if I went to his house and drank beer with him all day. It ended up being an original Denver Mullins frame. My uncle’s only request was to never sell the frame no matter what. It had a 45-degree rake on it, but I was never gonna run a long chopper. I’ve always loved the downtubes on Denver’s frames, so I definitely wanted to keep that, but I also wanted a Salinas Boy-style bike.

“A couple days after getting the frame I took it to Cole’s so he could de-rake it,” Andrew continues. “The day after he did it, he went out of town, so I went to the shop with my buddy Jay and started taking parts off Cole’s wall to do a mockup on the bike to see the stance. That’s how I got my gas tank. As the months went by we made my mid-controls, exhaust, and Cole did all the fabrication to the bike that I needed. It was pretty close to done…

“…until Cole and Susan went to Italy for a show,” he says. “I decided to take Susan’s Mercedes for a spin. I ended up hitting a milk crate on the highway going 100 mph. I took her car back to Aaron Elliott’s shop. He suggested we burn it and say it was stolen. I should have listened to his advice. When Cole and Sue got back, I had to pay $4K to get the car fixed. I didn’t have that money right away, so I used my bike as collateral to Noah [my friend and car mechanic]. Noah lent me the money to give Susan, and he kept my bike.

“After all that went down, needless to say I was out of work and needed to pay Noah and my bills,” Andrew continues. “My girlfriend Stephanie at the time—now my wife—and I decided to pack all our shit and move to Las Vegas.

“Once I paid off my debt to Noah, it was time to start working on the bike again,” he says. “I didn’t really have any connections in Vegas yet, so Aaron started working on it for me in Salinas at his place [Cole’s original SBC shop, now AE Customs]. I ended up finding a really cheap complete Panhead, and the wife bought it for me for my birthday. I took the motor and tranny and drove to Salinas the next day to swap it all out, which was in April. Aaron completed everything and had it ready for Born-Free 4 two months later. Once I got it back in Vegas I hit up my buddy Eddie Padilla for the paint job and Duane Ballard for the seat.

“This bike finally being done means so much to me, but the actual build and the Salinas Boys I built the bike with mean so much more. Big thank-yous go out to my mom Cinde and step-dad Joaquin, Cole, Aaron, Noah, Uncle Danny, Eddie, Duane, Neto, Jeff, Kenny, and my wife Stephanie.”

Kirk Van Scoten, founder and owner of Sumax, is considering retirement after 30 years. Sumax is known worldwide in the […]

Tips for Long-Distance Riding to Sturgis

Saxon Motorcycles Europe will introduce their new model, the CROWN, at the EICMA Milan