As we rapidly approach the 4th annual Hot Bike Tour and Invitational Bike Build-Off, many people wonder what John Shope will show up with this year. Being the former Grand Champion of the 2014 and 2015 Invitational Bike Build-Off, John has yet to disappoint. John is among the few worlds’ greatest bike builders invited to enter this prestigious build-off and knows if he is going to win, he needs to step up his game. Some of the builder’s invited this year include Nick Trask of Trask Performance, Brian Klock of Klock Werks, Carey Hart of Good Ride Rally and Jesse Rooke of Rooke Customs, to name a few. Each builder invited is well-respected and will be tough to beat. 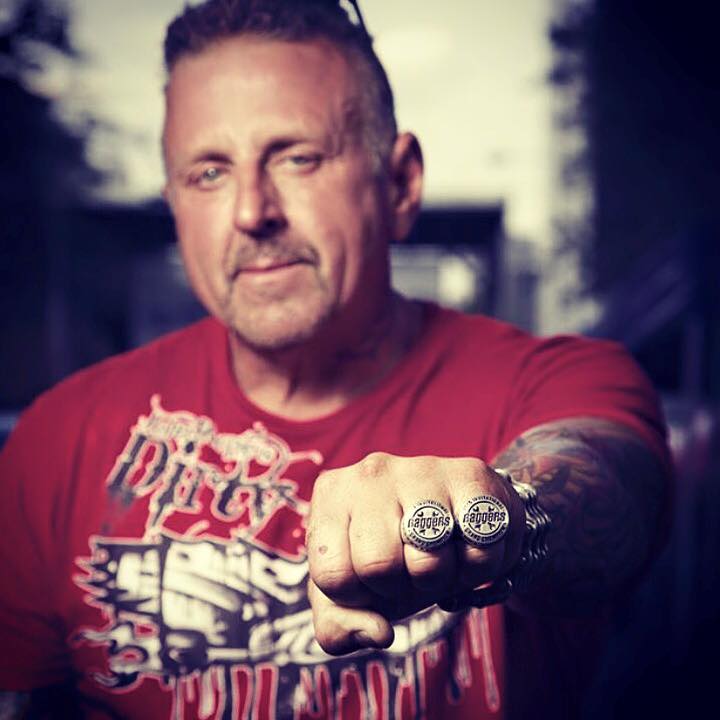 With two wins under his belt, John Shope of Dirty Bird Concepts aims for a third at this year’s Hot Bike Tour Bike Build-Off.

When John was invited to come back for his shot at winning the title three years in a row, he decided to “throw everyone off” by entering the custom category. When asked why he chose not to enter the bagger category, he replied with, “I was afraid they would hang me if I won the bagger category again”. John is currently working on a classic Softail design with a crazy amount of engraving throughout and a paint job that will change the entire game. As he gets down to the wire, he works tirelessly to ensure all the details come together. 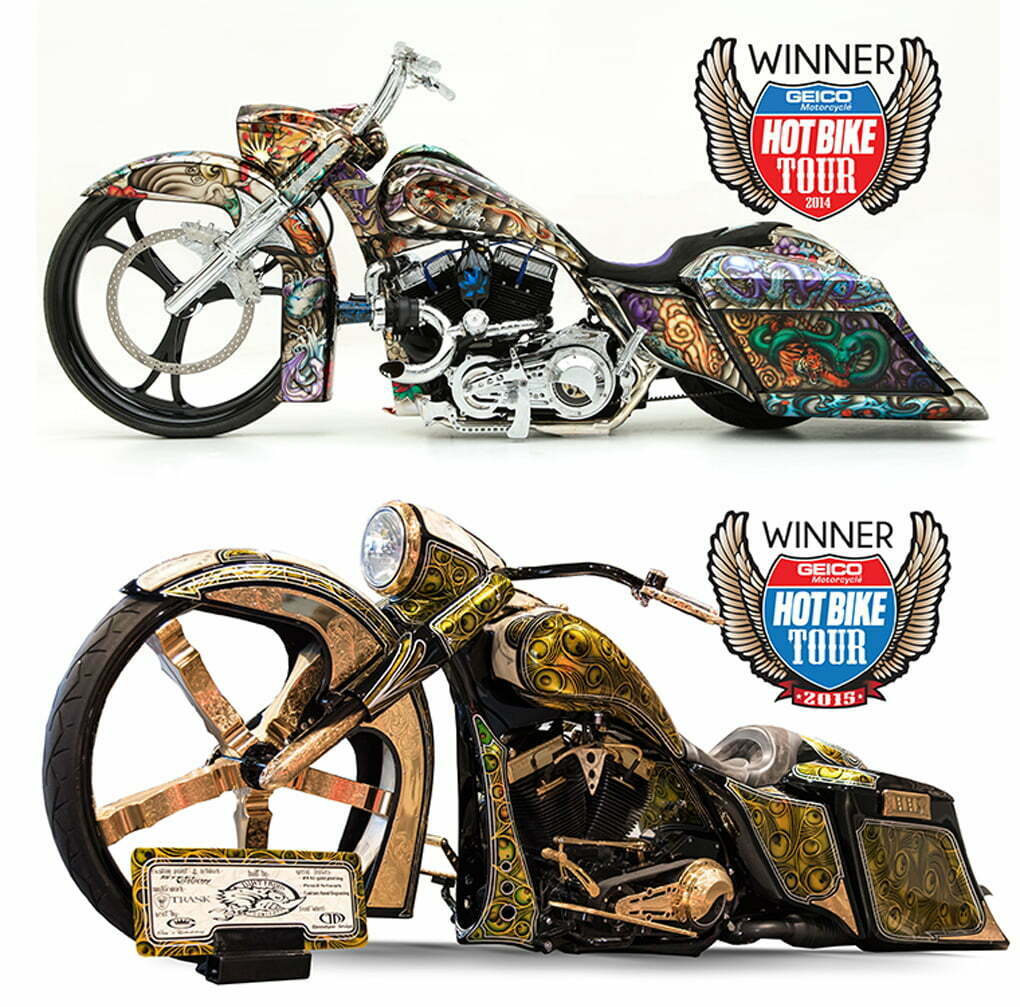 On September 7, 2016, the ride will begin in Asheville, North Carolina where riders and competitors will spend the next five days touring from city to city for a total of 1,000 miles. At each stop, the builder’s display their bike and compete for the people’s choice award. On the final day, the riders end in Chattanooga, Tennessee where all the votes over the five days are tallied. The builder with the most votes will be crowned Grand Champion and take home the highly sought after championship ring. And if that isn’t hard enough, the bike must successfully complete the 1,000 mile tour to be eligible for the grand prize.

John enjoys the tour and says it’s a great way for everyone to get together. John states, “It’s nice to just hang out, enjoy the daily events and have a nice dinner”. He considers this a true ride with all the benefits of a motorcycle rally.

When asked, “What separates this bike show from the others?”, John responded with, “There is no harder show out there to win because you are going up against the baddest, toughest builders in the United States”. John knows all eyes will be on him this year as riders await the anticipated three-peat. John is hoping to bring back the third ring and another full year of bragging rights. The only question left is; can he do it? 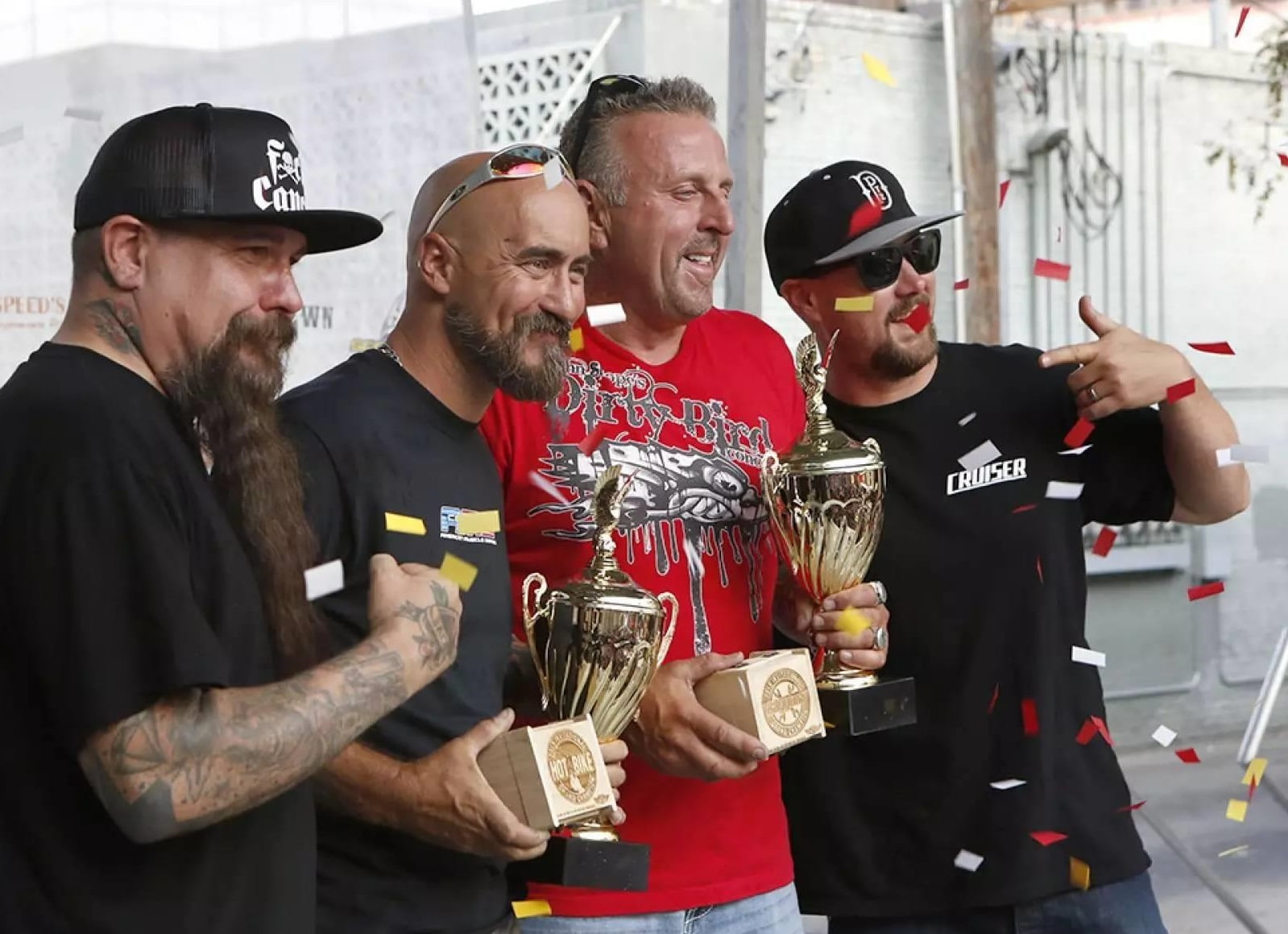 John Shope poses with Bagger’s Editor-in-Chief Jordan Mastagni (far right) and Hot Bike Editor-in-Chief Jeff Holt (far left) after one of his two wins. Maybe he will be posing with them again this year.

The Quantum is a direct replacement for the stock air cleaner cover on select ’14-later Harley-Davidson Touring and Trike models, […]

Mother Nature can really do a number on your motorcycle trip if you’re not prepared. Don’t let her win. Fight […]

In the first of six transactions Jeff G. Holt, editor in chief of Hot Bike magazine met up with Brandon […]