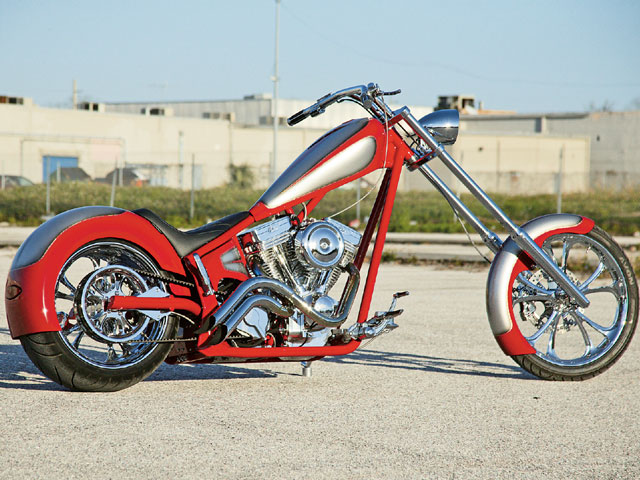 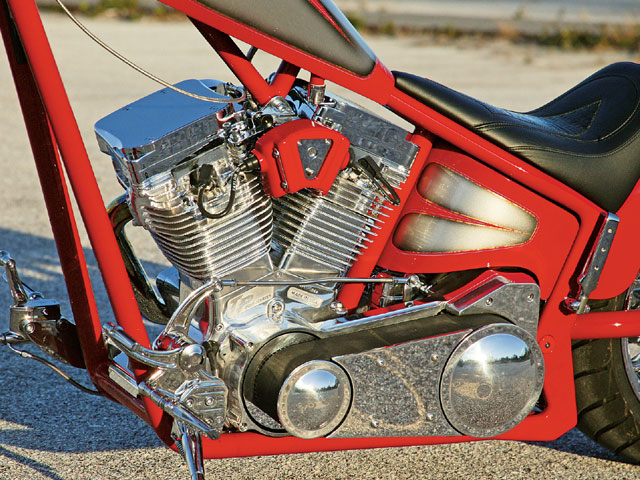 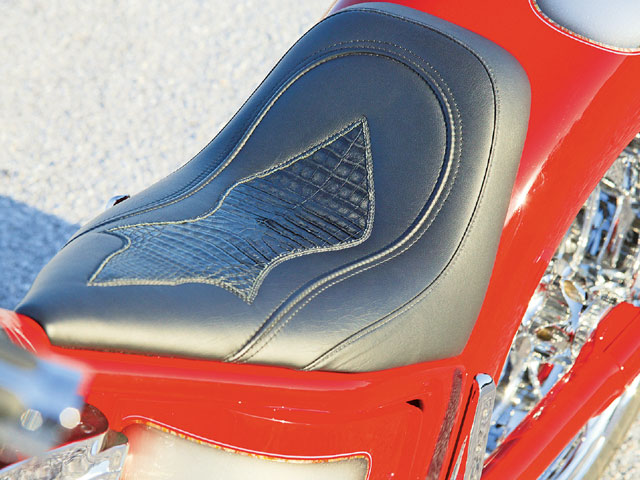 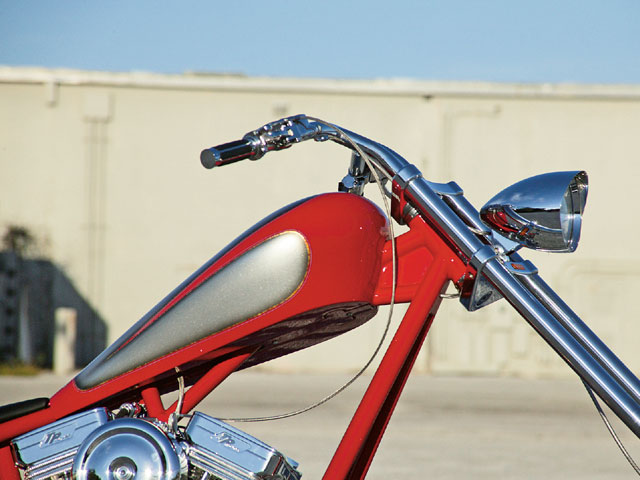 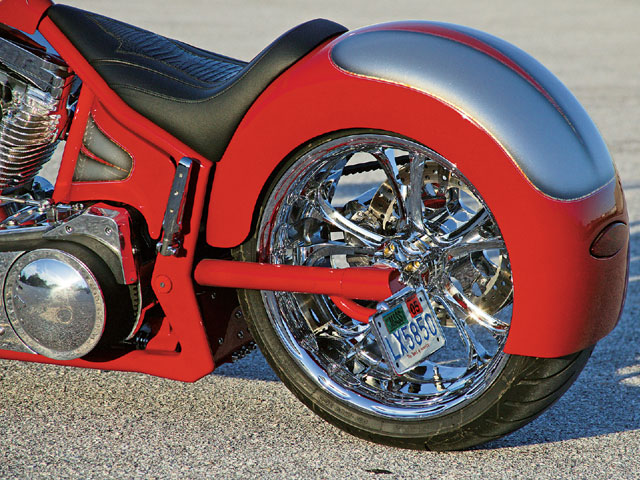 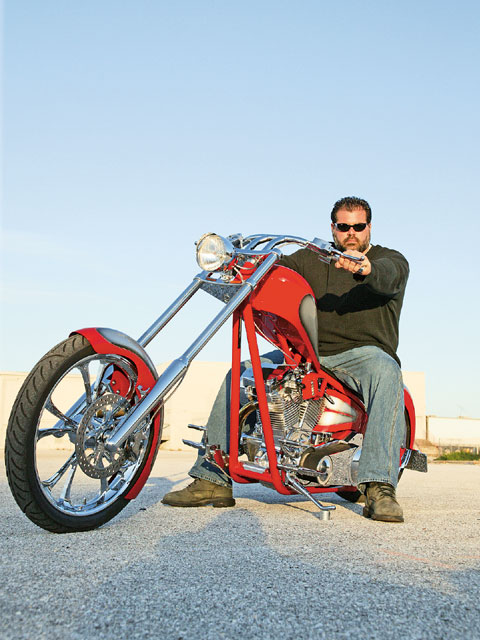 You’re a big guy, and you want a custom bike that fits you. The last place you headed to was a dealer who had the same old bike for the same old guy, so what do you do next? You look for a builder who will listen to your needs and build a bike that you can ride comfortably. Well, Angelo D’Emilia, the “big guy” in this article, called Dave Perewitz. In the past, Dave had done custom work on Angelo’s Fat Boy, but in the end the bike looked cool but still didn’t fit him all that well. One day, Angelo was out riding when one of his friends showed up on a full custom chopper. Angelo asked two things: Could he sit on the bike, and who built it? He was glad to hear that the guy he could go to who would build a bike to fit his needs just happened to be Dave Perewitz.

The next day, Angelo was at Dave’s shop to put in his order for a big bike. It started with a Daytec frame. Dave knew how big Angelo was, so the frame needed to have 45 degrees in the neck and 8 inches added to the downtubes, with the backbone pushed out 4 additional inches. For the suspension, a 10-inch-over Perse frontend was bolted to the frame, and then a set of EMS shocks was mounted to the rear. PM Casino wheels and rotors were installed, turning this bike into a roller.

The powerplant needed to be powerful enough to move Angelo around, so Dave went with a fully polished 124ci TP Engineering motor, then added a 45mm Mikuni carburetor and a set of Martin Bros. exhaust pipes. A six-speed Baker transmission and a BDL belt drive would handle the power to smoke the rear tire.

When it came time for the sheetmetal, Dave and Big Ron custom-fitted a set of Wernimont Taildragger fenders to the chassis, then built an extra-long gas tank to fill the space from the seat the handlebars. A Daytec oil bag was then custom-fitted to the frame, filling the gap along the beltdrive. The next big part of this build was the paint. When it came time to pick a color, Angelo mentioned a red hot rod he had seen at some chowder cookout. The guy told him that it was PPG Red with silver highlights. After looking at a photo of the car, Perewitz knew just what to do. The job was handed off to Keith Hanson, who covered the bike with PPG Red and then added silver panels along the sides of the tanks and the tops of the fenders. When Angelo saw the paint, all he could say was, “Wow-just what I was after!” The Perewitz team wrapped up the build with PM controls, a Headwinds headlight, and a Danny Gray seat. The bike was done just in time to head out to Daytona for Bike Week ’05, where “big guy” Angelo was finally able to ride a comfortable bike-his own.

Everyone usually plans a summer vacation, but what about winter, we need a break during the colder months too. Well […]