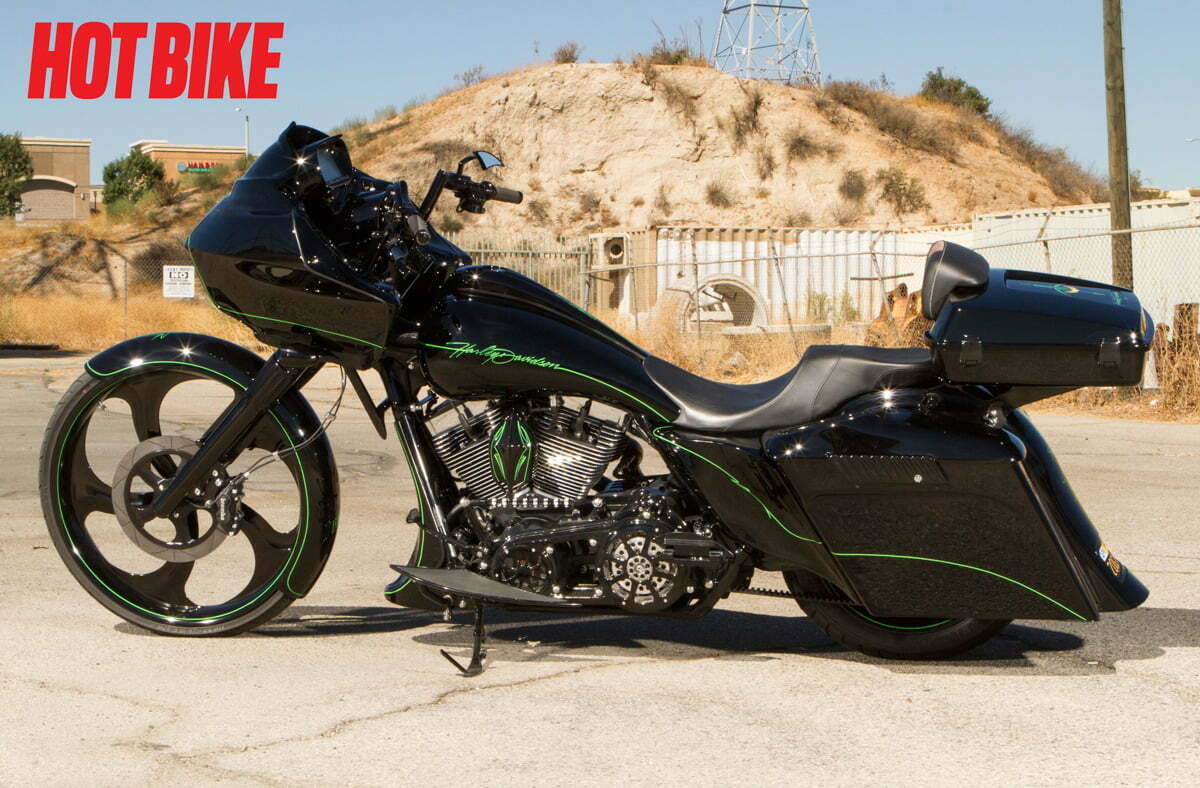 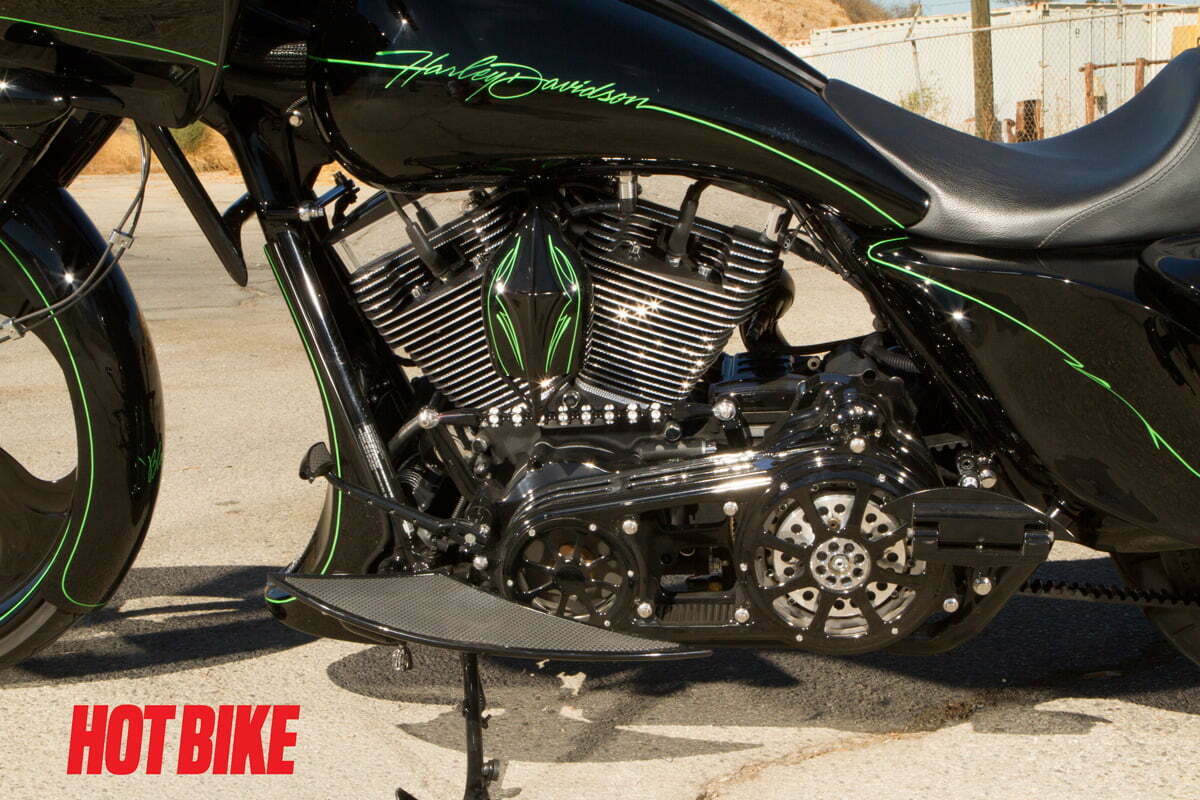 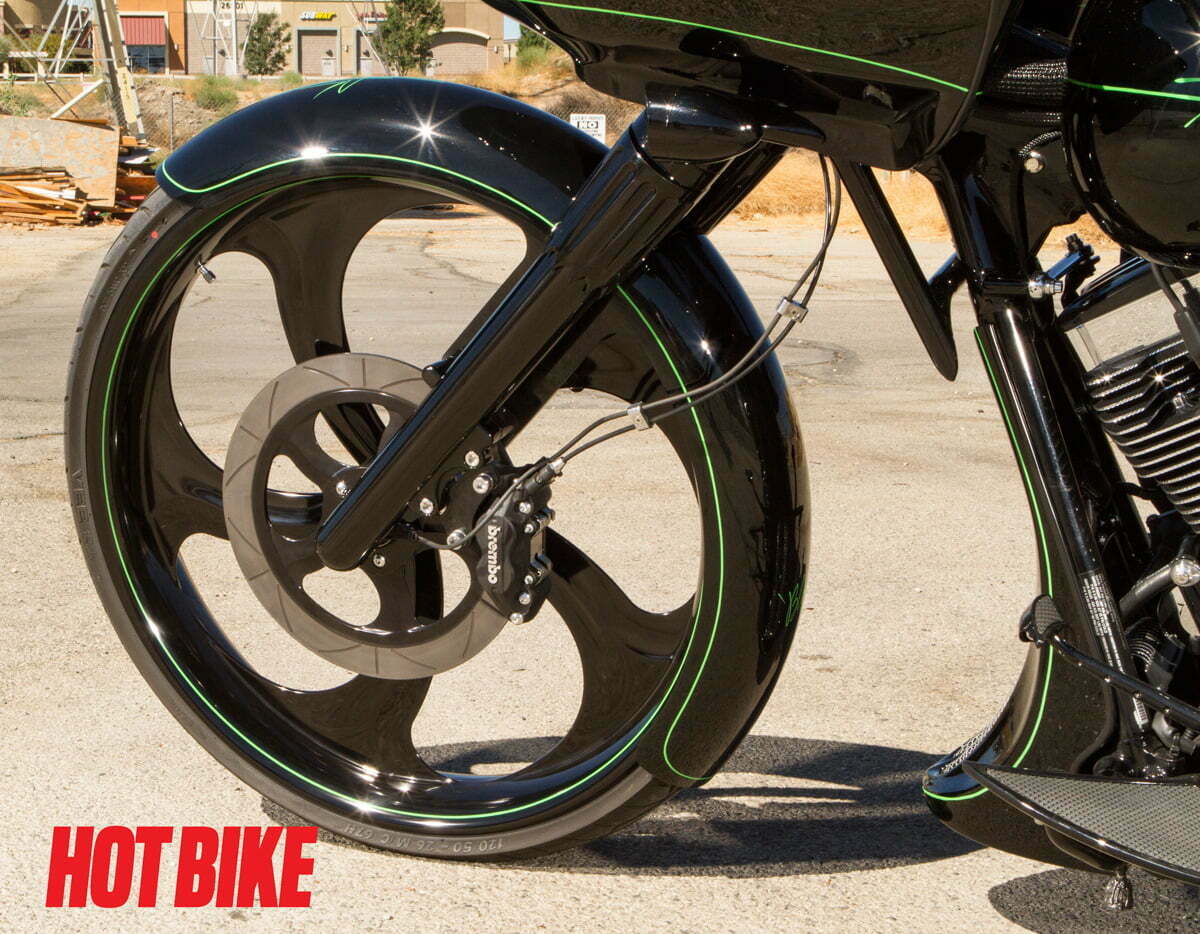 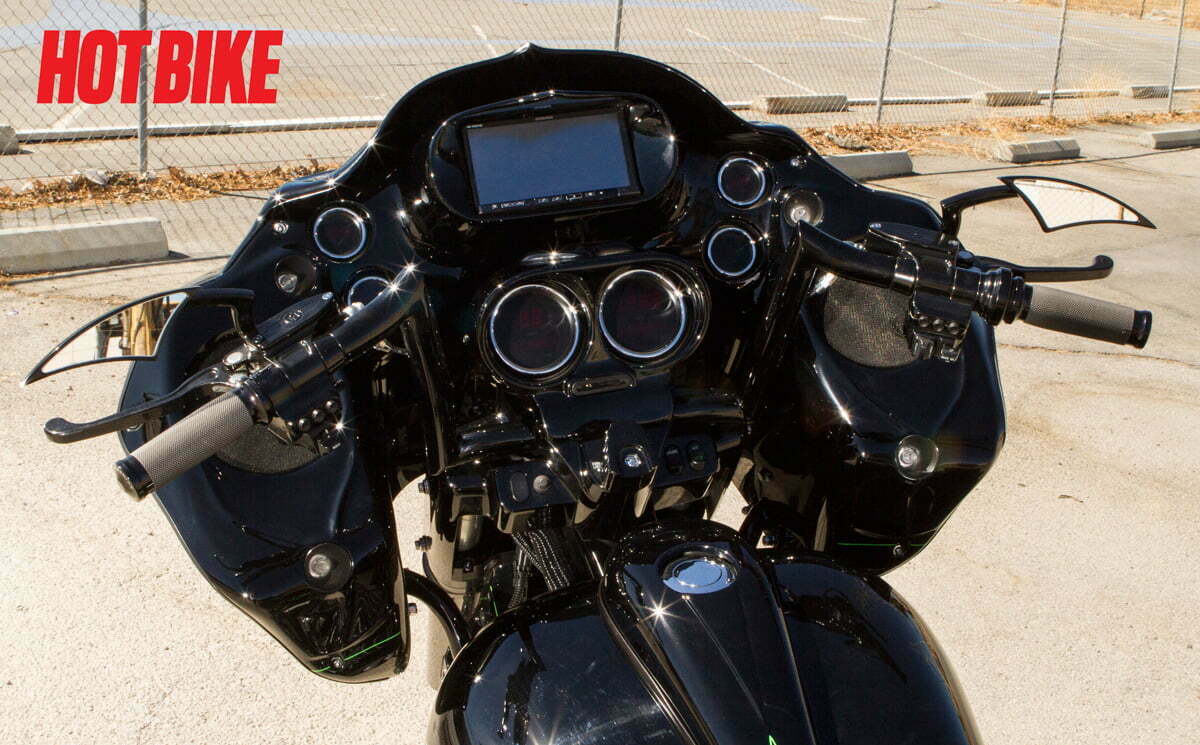 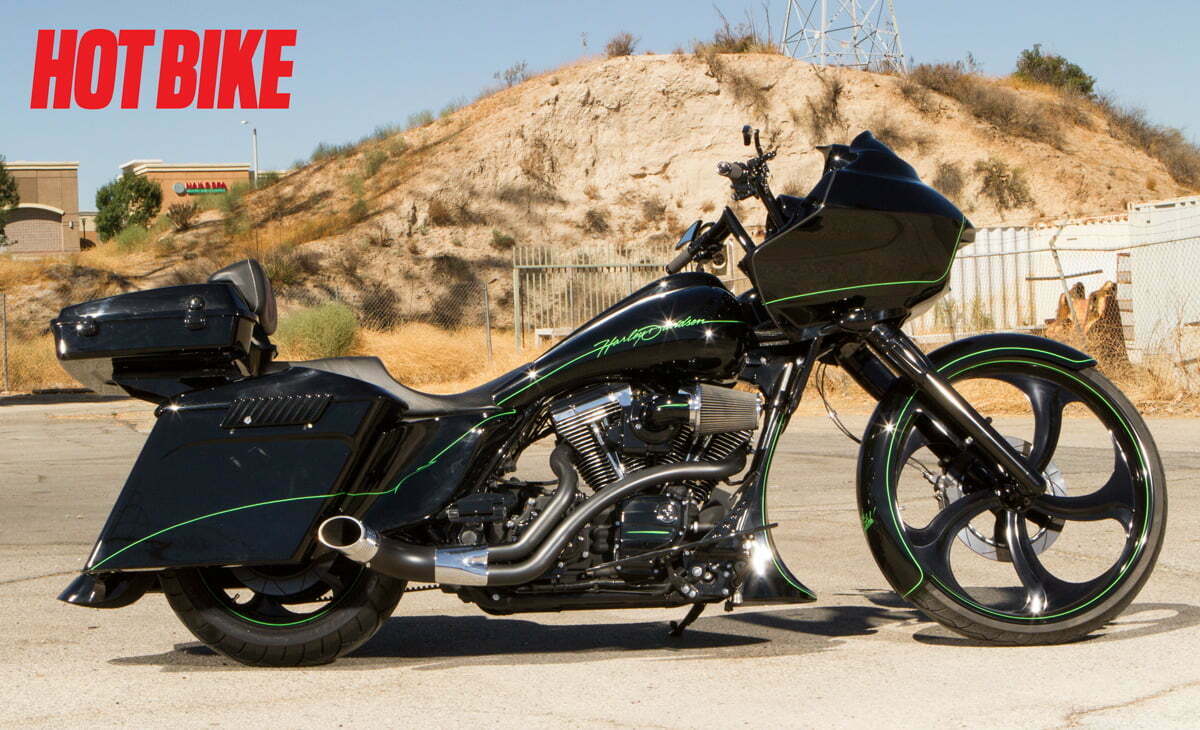 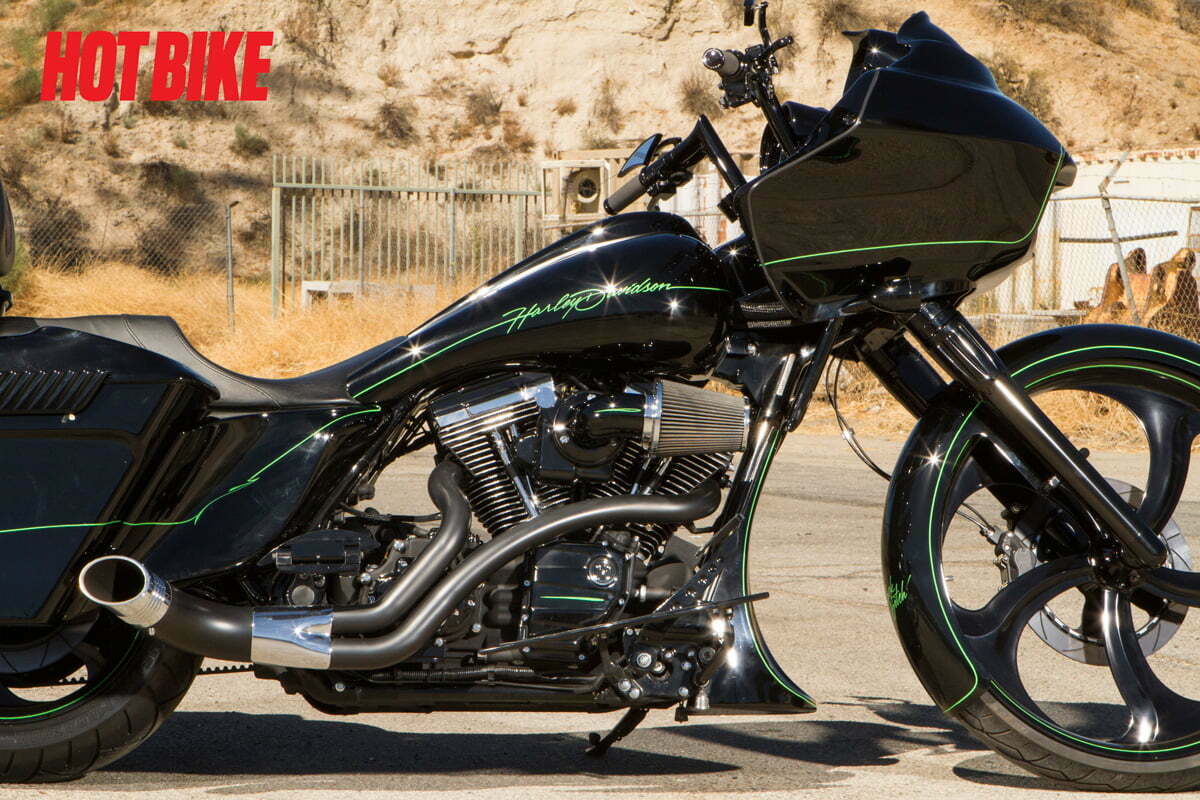 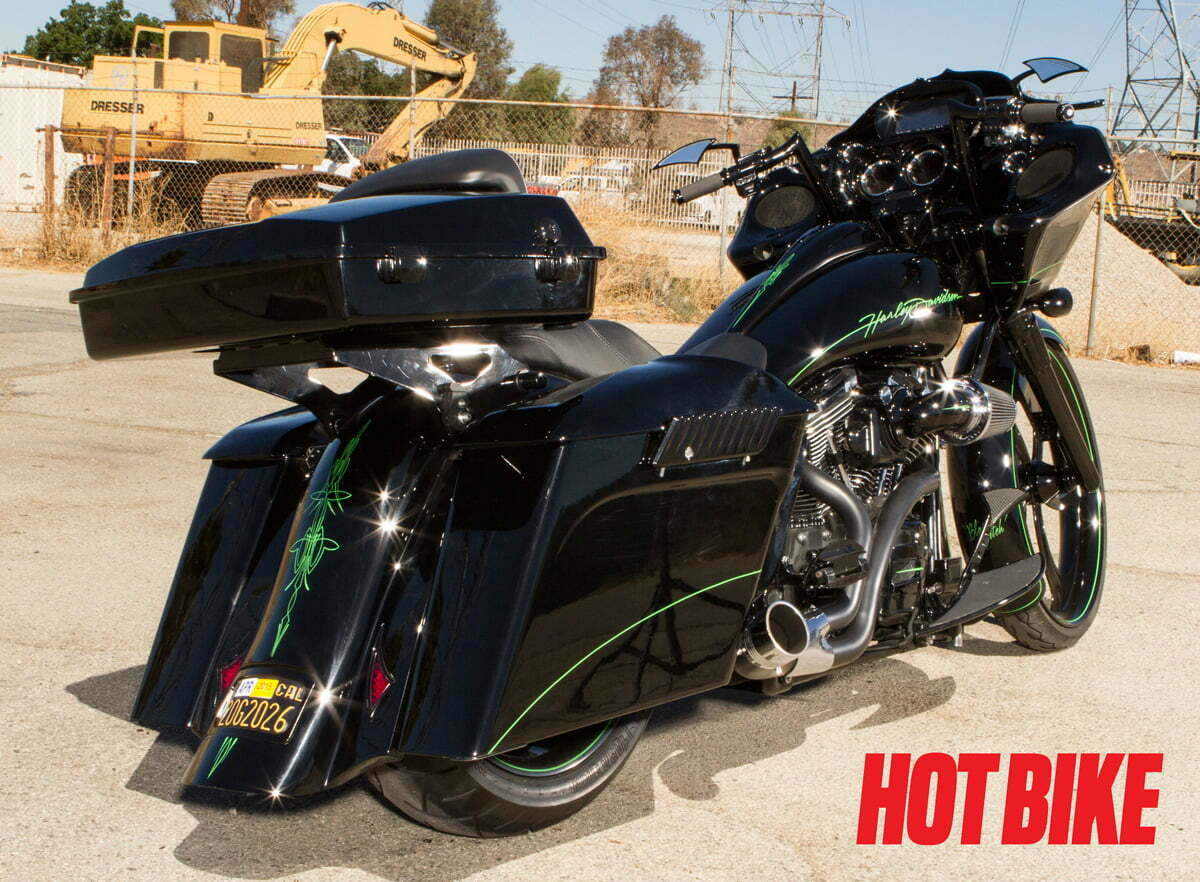 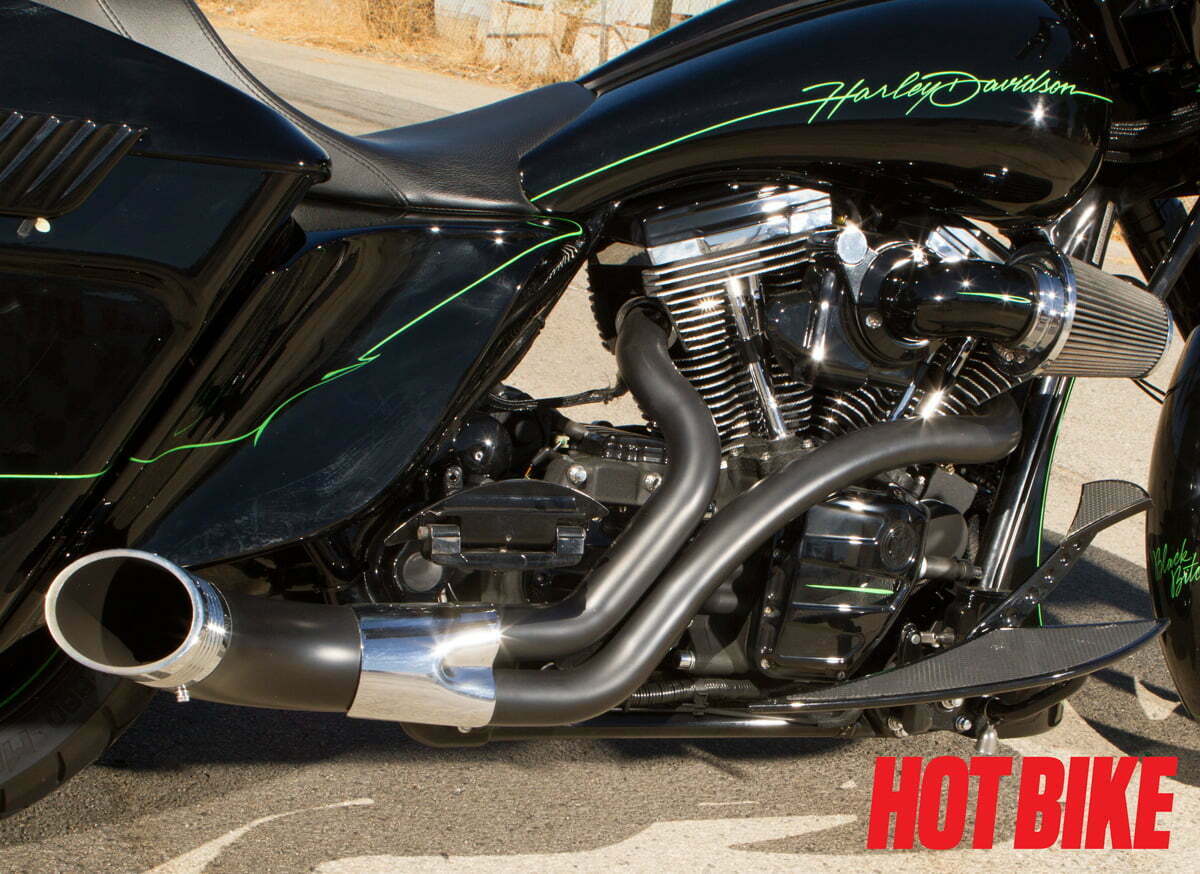 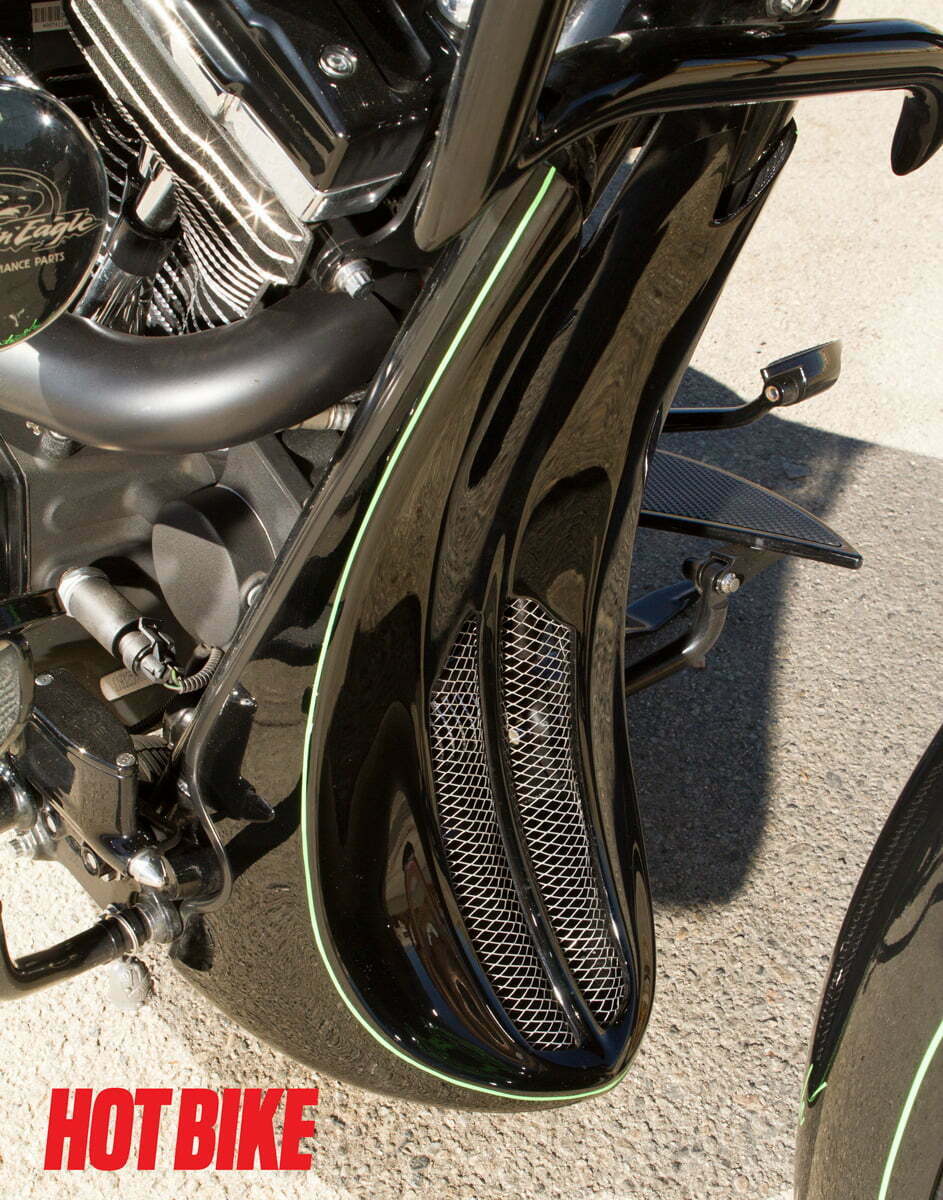 Nothing says class like a lean and mean motorcycle that flies discreetly under the radar. Black is almost always the color of choice, and the performance and quality of the work are left to do the talking.

AIP Racing is known for adding a high-end style with a racebike feel and custom classic touches that make for some really nice custom V-twins and sportbikes. When bike owner Scott Rosenblum brought his 2013 Road Glide in, he might have had an idea of what luxury meant, but he ended up leaving with so much more than he anticipated.
It’s hard to claim to be a high-end builder if the bike rolls down the road with a stock motor. In order to turn this Glide into a serious ride, power was increased significantly. Chris Jones, owner of AIP Racing, explains, “Scott and AIP have a previous relationship from the work we performed on his 2008 Road King. Between the two of us, we’ve always tossed around the idea of building a radical bike for the bagger segment. When Scott brought in his bike to do some minimal modifications, six months later this is what we ended up with. This bike has one of AIP Speed’s special 100/100 engine kit builds with 122 rear-wheel horsepower and 136 foot-pounds of torque.”
Black paint can walk a fine line between classy and unexciting. To sway toward the “C” side, AIP made some calls to a local luxury car dealership. Its sleek black paint was put on by Rusnak Porsche in Pasadena, California.

Its sleek black paint was put on by Rusnak Porsche in Pasadena, California.

“The black paint with green stripe gives this bike its bad boy image,” Chris tells. The front end is a 4-inch-over Arlen Ness special that was modified to AIP Racing specs. Top-of-the-line Brembo calipers mated with Lyndall rotors bring the 26-inch Metal Sport wheel to a halt with ease. The full line of Performance Machine accessories were also added, including a gas tank, grips, mirrors, floorboards, headlight, taillight, hand, and foot controls all dressed in black of course. For Scott’s music listening pleasure the tunes had to match the rest of the bike. “The stereo done by Doug at IDE Innovations in Northern California gives it that Bentley sound quality,” Chris says.
From the motor, to the paint, to all the add-ons and upgrades, the standard for this Road Glide is set pretty high without a doubt. Three final words can be said to describe this nicely built Road Glide from AIP Racing: clean, mean, and pristine.

Anti-Profiling Resolution Adopted By US Senate

Motorcyclist profiling happens. Andrew Cherney Regardless of your feelings about the American Motorcyclist Association, you have to admit they know […]

Darn near twice the horsepower and torque in a day, without taking the engine out of the frame. No complicated […]