The Book Of Beauty – A Custom 1947 Harley-Davidson Knucklehead 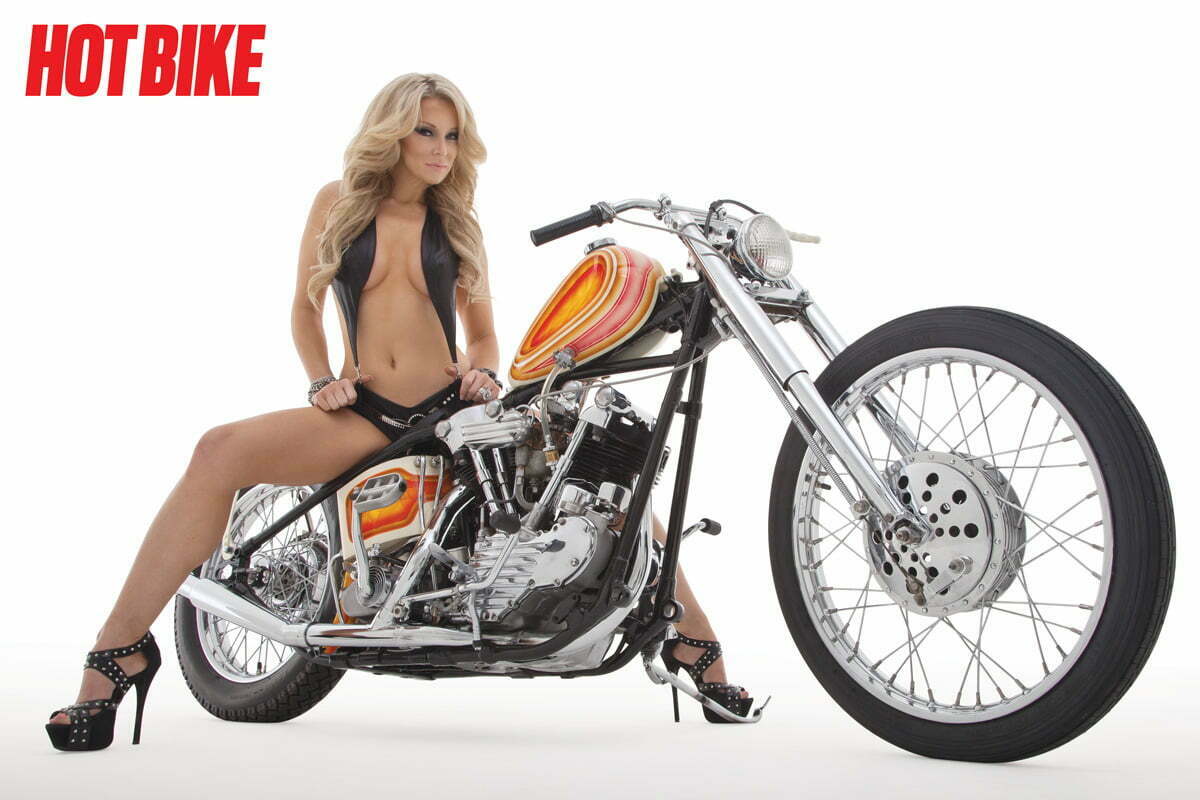 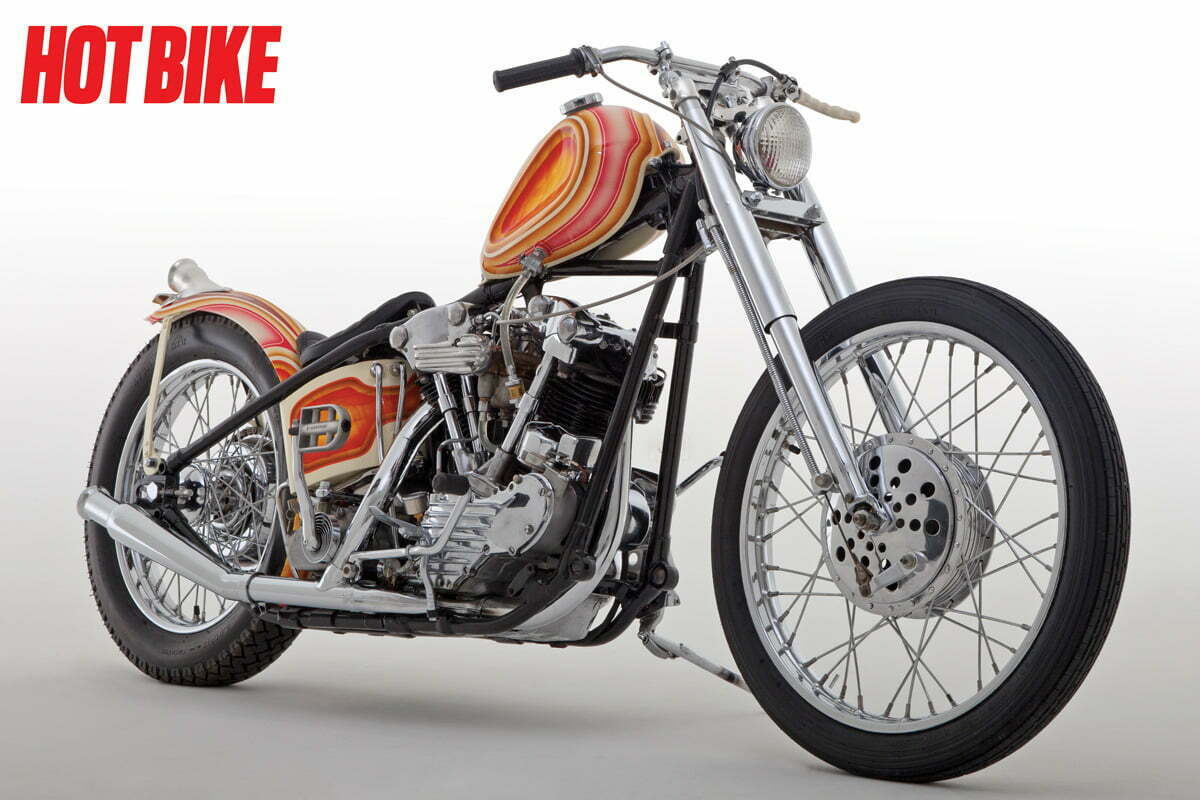 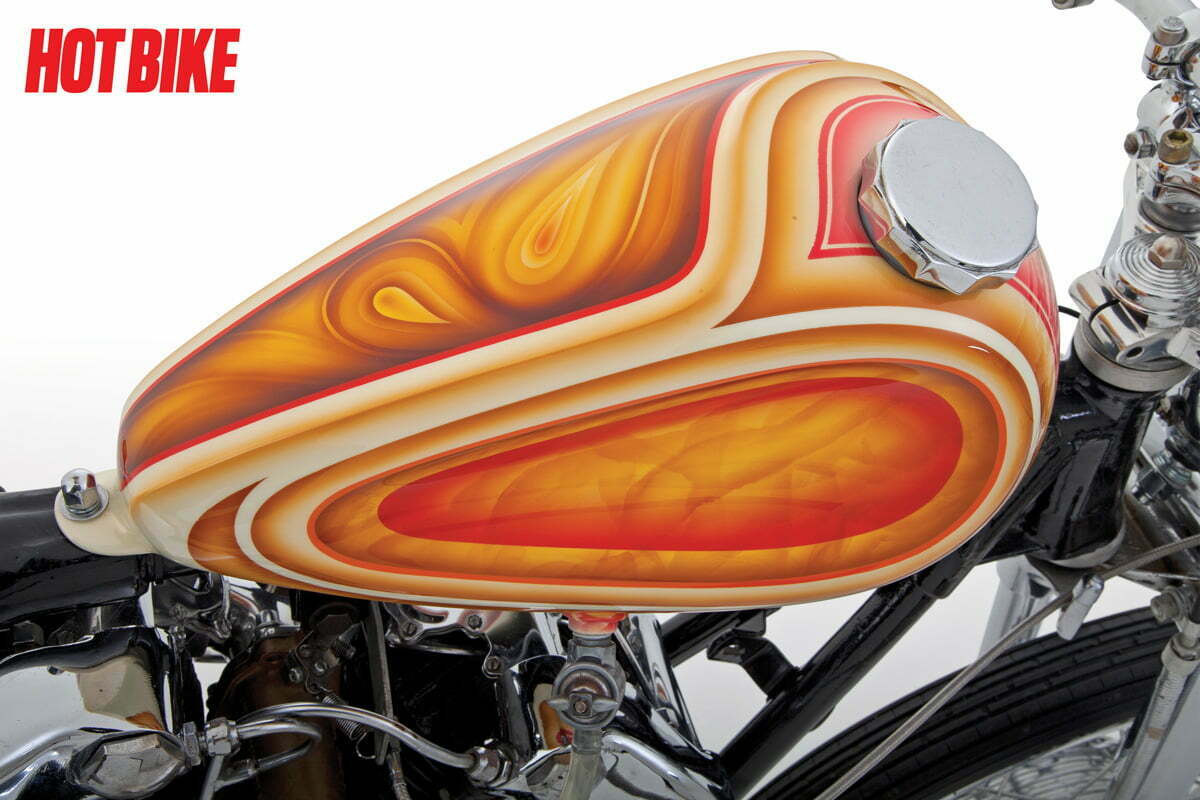 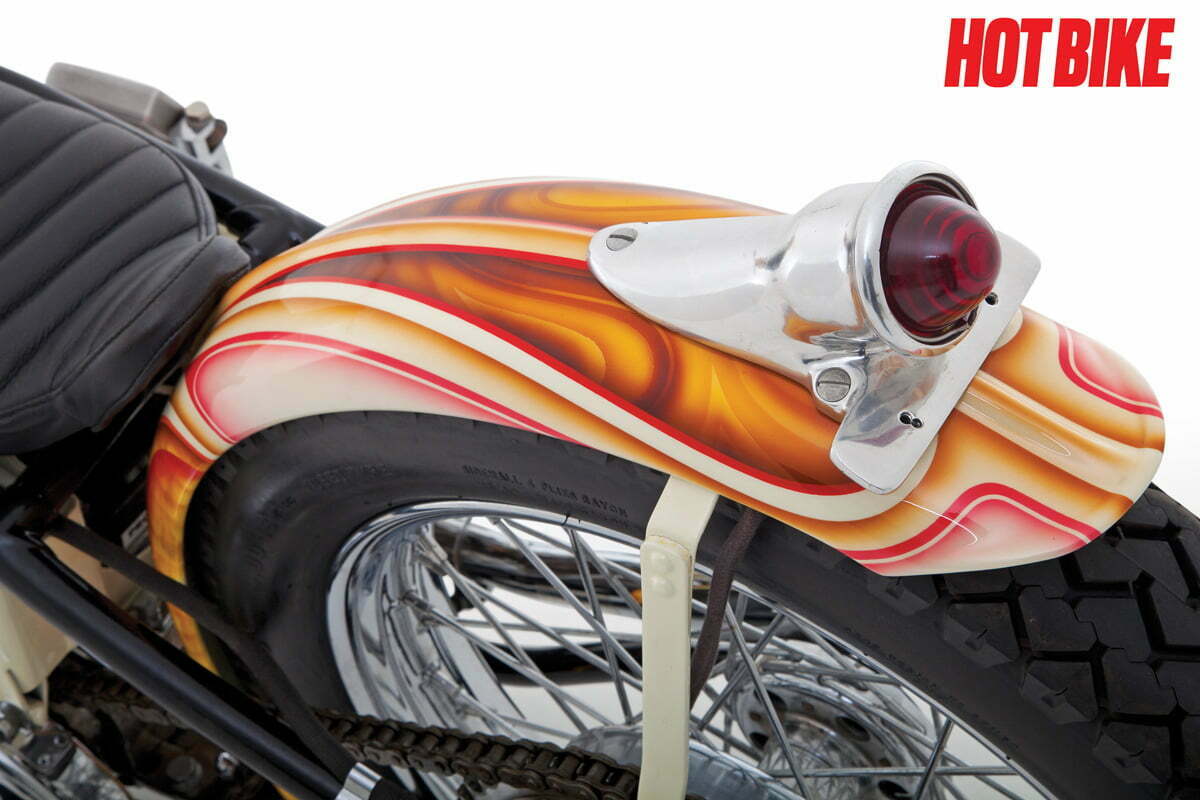 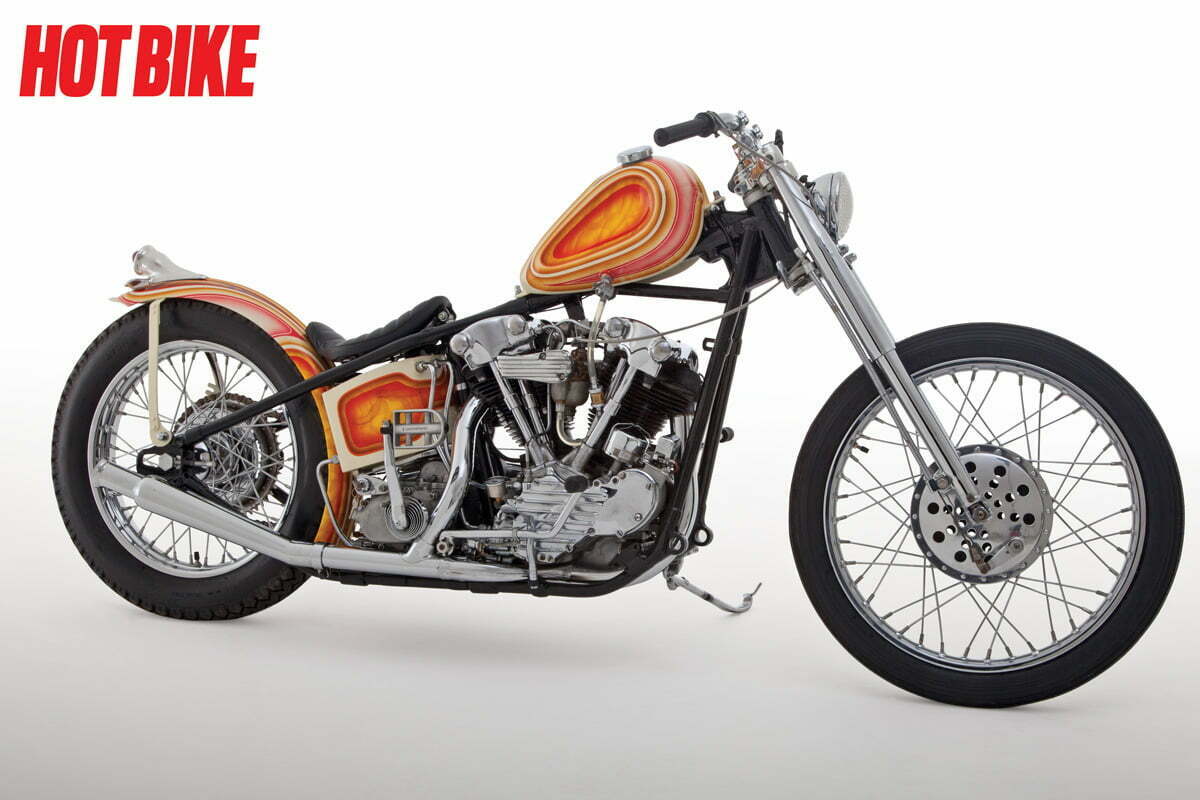 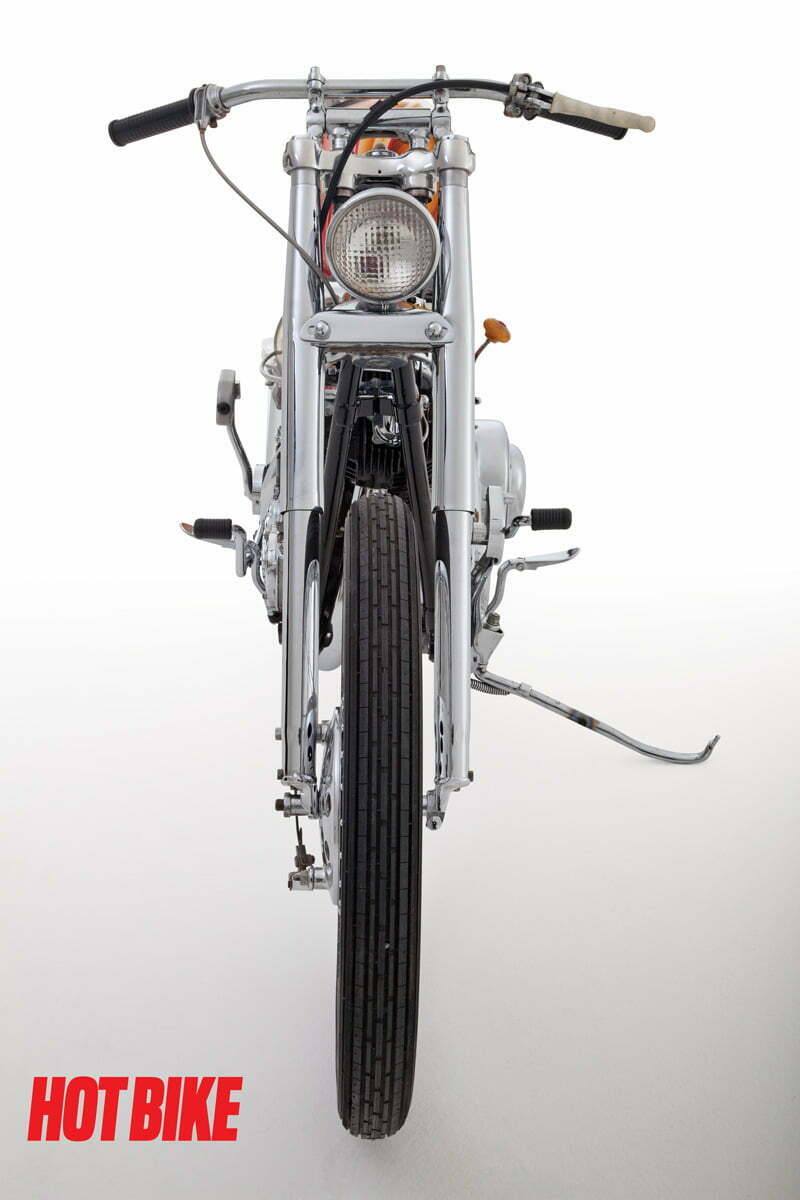 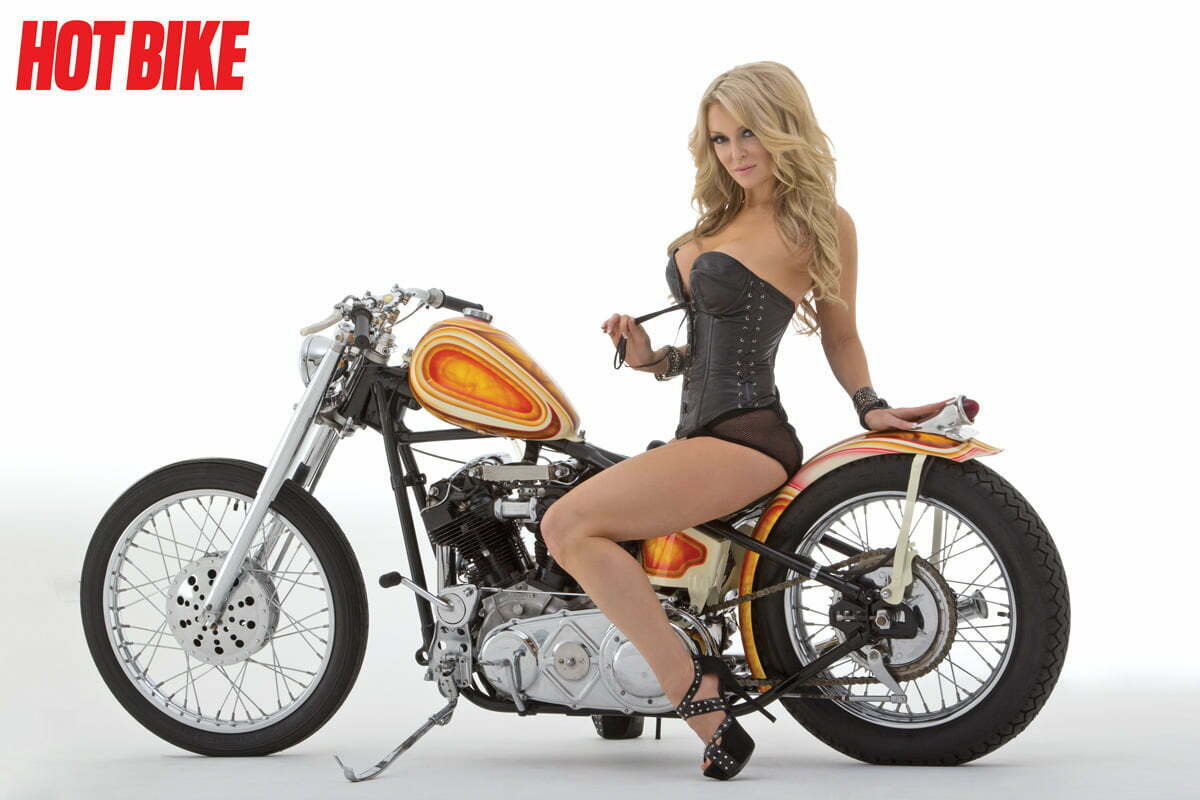 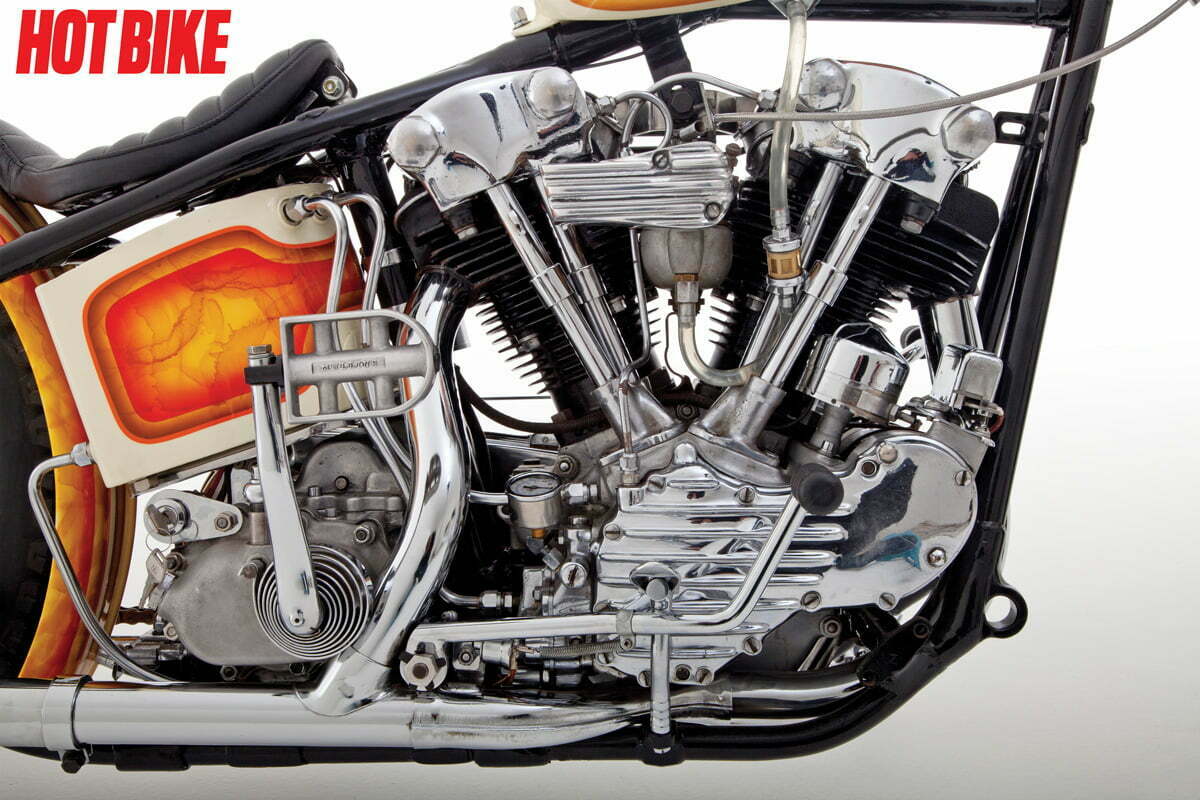 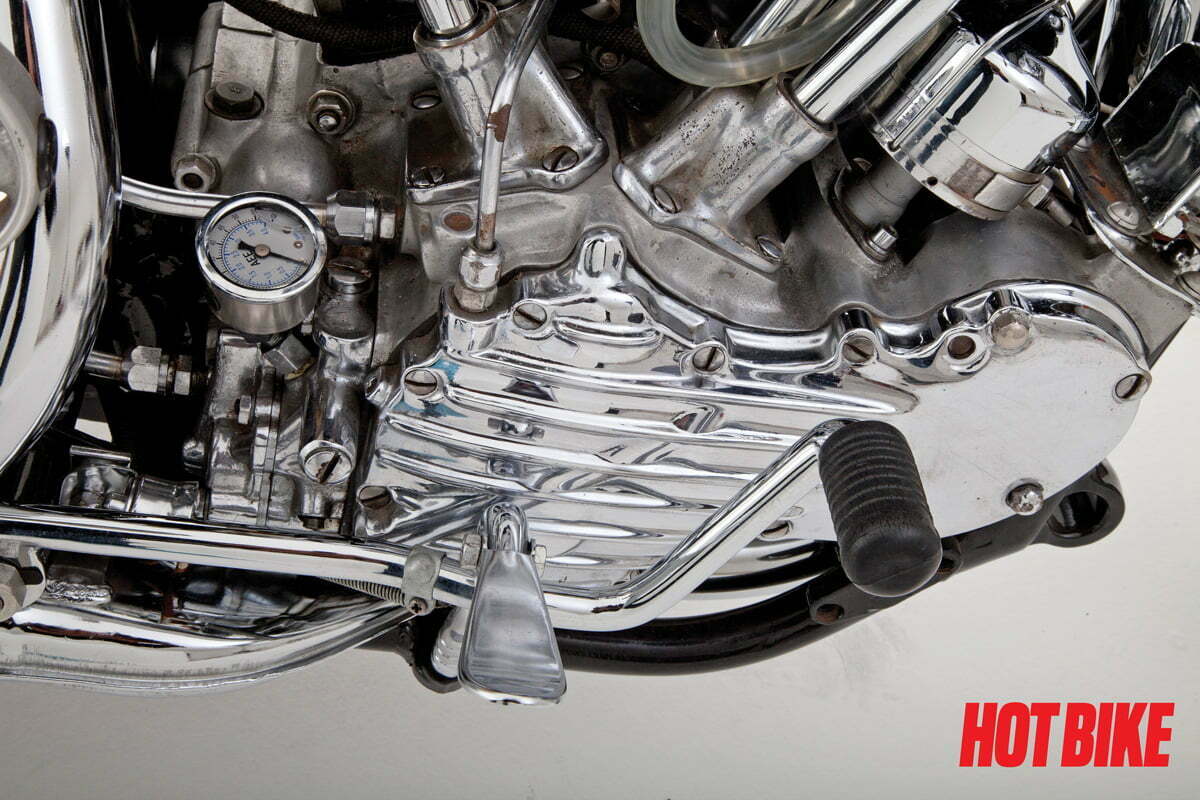 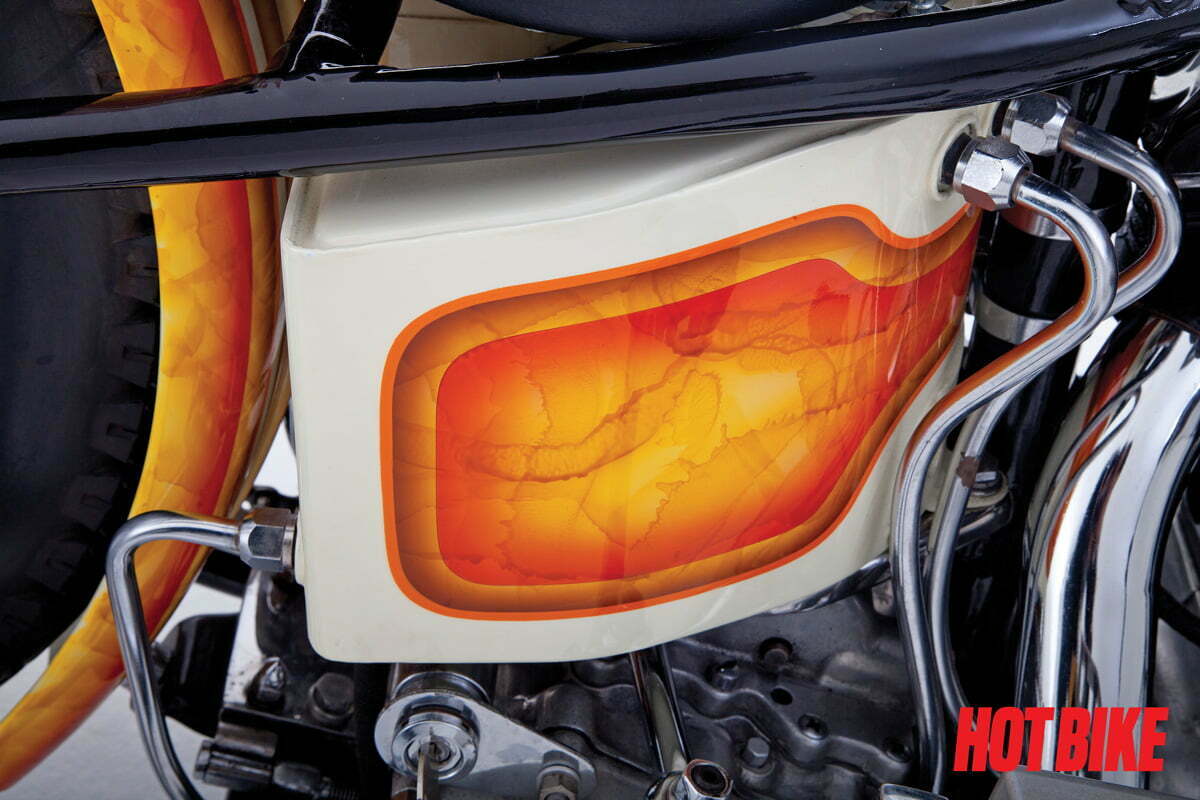 With out a hint of facial hair or ratted-out slim-fit tee, Paul also fails to follow the typical biker style guide for proper dress and presentation. But make no mistake about it, Paul is an avid collector and builder of some of the finest bikes on two wheels

, and this ’47 Knucklehead speaks for itself without taking a word from the pages of predefined “cool.”

This Knuck didn’t start its life as a chopper. Instead it was slated for restoration, at least until Paul got busy on it. “The bike started out as a restoration project that took a wrong turn. My friend, Chuck Vogel, and I were at the David Mann Chopperfest when we were approached by our friend Landy who asked what we had brought up for the show. We told him and asked what he had brought expecting to see something nice, as Landy typically brings. He pointed over to the ‘For Sale’ corral and he said he brought that. It was your typical black paint, club-style chopper. It was the ugliest chopper I had seen in a long time, but it ran really well. I didn’t really have an interest in it as I was beginning to start a restoration on a ’37 Knucklehead. That was until he told me the price and I bought it right there.”

Even though a turn of the key was all that was needed to fire up the 75-year-old motor, it was far from ready to rumble down the road, just yet at least. “I did nothing with it for the first weeks. I barely looked at it. The frame was completely molded and not very well. I removed all of the molding and found it was a late-’36/early-’37 frame. I had a nice frame for this ’37 restoration project, so the chopper was turned into a pile of parts.

so the chopper was turned into a pile of parts

My friend, Chuck, had an extra bull-neck frame he wasn’t using, so he also donated it to the project. I wanted something that was not a bobber or a chopper, but something in between.”

Paul is no stranger to a wrench and quickly got to turning ugly into unique. “I used a narrow Sportster frontend with Triumph fork covers. I made the riser and fork caps. I had an old GME tank that I wanted to use but my nephew dropped and dented it on one side. So I dented the other side and added some molding. I also used a Wassell fender with a narrowed Knucklehead fender brace and gave all of it to Sonny Boy for paint. I think he did great job. I made up some mid controls and a brake clutch based off a design by Stan Dishong. After all that, the bike came together fairly quickly.”

After reviewing the handbook of cool, it’s safe to say that Paul’s bike deserves an appendix. He has proven that style and skill can often rewrite what is the acceptable definition of cool.

He has proven that style and skill can often rewrite what is the acceptable definition of cool.

Speed’s Spotlight | A Replacement For Displacement

A replacement for displacement Photo: Joe Kress Swapping out cylinder heads on a Harley, going from the OE stockers to […]

We began with the stock Road King two-piece seat. The only thing missing is the grab strap, which we removed. […]