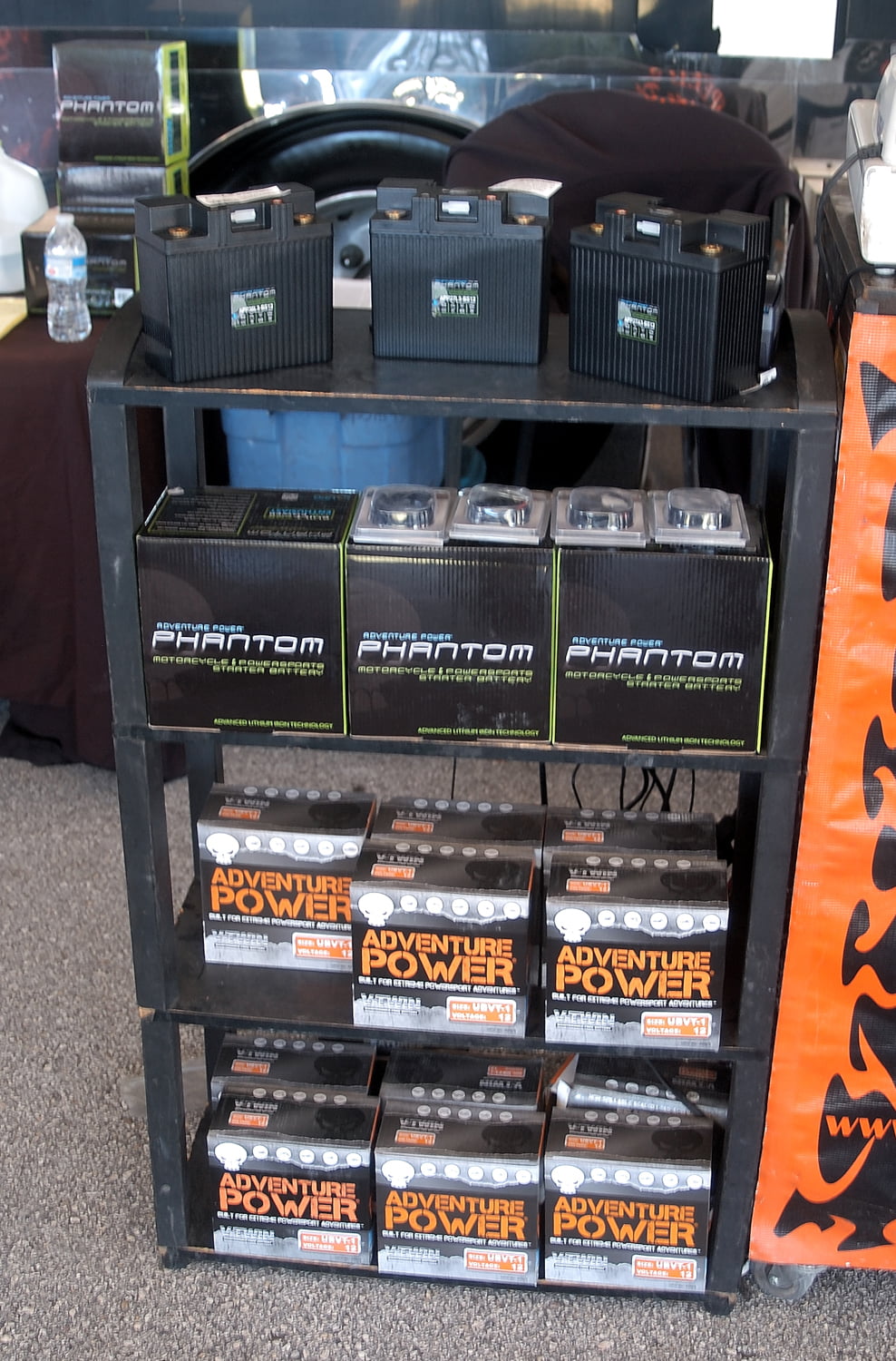 Truth is, if a bike’s battery isn’t holding up its end, and we’re talking about more than just being able to spin the starter, all those other performance mods and add-ons suffer. Big time.

Okay, so maybe it’s not the sexiest performance upgrade to talk about or to buy. But bet your bottom dollar, an upgraded battery is just as important as any flashy set of pipes, trick-looking air filter, or even a big-bore kit and a set of cams. Truth is, if a bike’s battery isn’t holding up its end, and we’re talking about more than just being able to spin the starter, all those other performance mods and add-ons suffer. Big time.

“That’s just about a guarantee,” Jason Hanson of Speed’s Performance Plus warns. “A weak battery causes all manner of performance problems, especially on the late-model EFI bikes.” Having just enough battery to crank and fire the engine isn’t nearly enough anymore. “Not with all the computer-controlled management systems and sensors on a Harley these days,” Jason explains. “They all need peak voltage to operate as designed, and even a marginally weak battery can mess that up. It can be the cause of misfires, rough running, surging, erratic idle, and lots more. You wouldn’t think it, but we see it all the time.”

There’s more. As if all that engine-management hardware wasn’t enough to tax a weak battery, add in the current trend of mega-power audio systems. Speakers and high-powered amps mounted everywhere. And it doesn’t stop at that. “You wouldn’t believe the rat’s nest of wiring we see on some bikes,” Jason says. “All sorts of accessories and lights headed straight to the battery. It’s amazing.” You think a battery had it tough before? It’s a whole new game now. Bottom line: A modern-day Harley needs a strong, modern-day battery.

So what battery do you get? Choices depend on budget, application, and the battery’s accessibility. And while ordinary flooded lead/acid batteries are inexpensive and have been around forever, from a performance standpoint they’re probably lowest on the list. Over the years battery technology has evolved from those flooded lead-acid designs to the sealed/maintenance-free Valve Regulated Lead-Acid (VRLA) styles, Absorbed Glass Matte (AGM) batteries, and Gel Cells. “And we stock them all,” Jason states, pointing to the lineup of Universal Power Group, UPG, Adventure Power batteries SPP’s been using lately. Specifically the Adventure Power Platinum V-twin models. While there are plenty of VRLA/AGM choices, the specs on that Platinum V-twin are impressive, Jason feels. Most importantly, it’s powerful with a dramatically increased CCA (Cold Cranking Amp) rating with plenty of reserve power to handle most anything thrown at it. And the battery’s been specifically designed for the high-heat/high-vibration environment of a Harley. It even features a patented internal post design replacing an ordinary battery’s three internal connections with one for reduced resistance and increased cranking performance.

Battery performance doesn’t stop there though. As good as those sealed and maintenance-free VRLA/AGM batteries are, they’re rapidly becoming obsolete. Newest, and strongest on the scene are the lightweight and extremely powerful Lithium-Iron Phosphate (LiFePO4) batteries. “And we’ve been using them for a while now,” Jason says. “They’re a recommended part of every performance engine package we do.” Reduced size and significantly trimmed weight (a lithium battery for a Harley will weigh just about 4 pounds) is just the start of the benefit list. While the UPG Adventure Power Phantom Series lithium batteries Speed’s Performance uses are lots easier to install and remove, and they’re tough with military-spec carbon-composite cases, it’s their strength and longevity that are the real selling points. Depending on the model there can be up to darn near twice the CCA rating of even a premium AGM battery, with a service life three times as long. Yes, they’re pricey. Lithiums like that Adventure Power Phantom are roughly twice the price of an ordinary battery. But with all that power and triple the life, plus all of that coming in a small, lightweight package they’re the wave of the motorcycling future.

Sexy or not, a good, strong battery is a key part of any Harley’s overall performance package. A year or two ago a top-line VRLA/AGM battery would have been the universal recommendation, and it’s still not a bad pick. But for real performance those lithium batteries deserve a look. A serious, strong look. hb

That new Milwaukee-Eight sure got popular fast.” That’s what Jamie Hanson at Speed’s Performance Plus has noticed. The lineup of […]