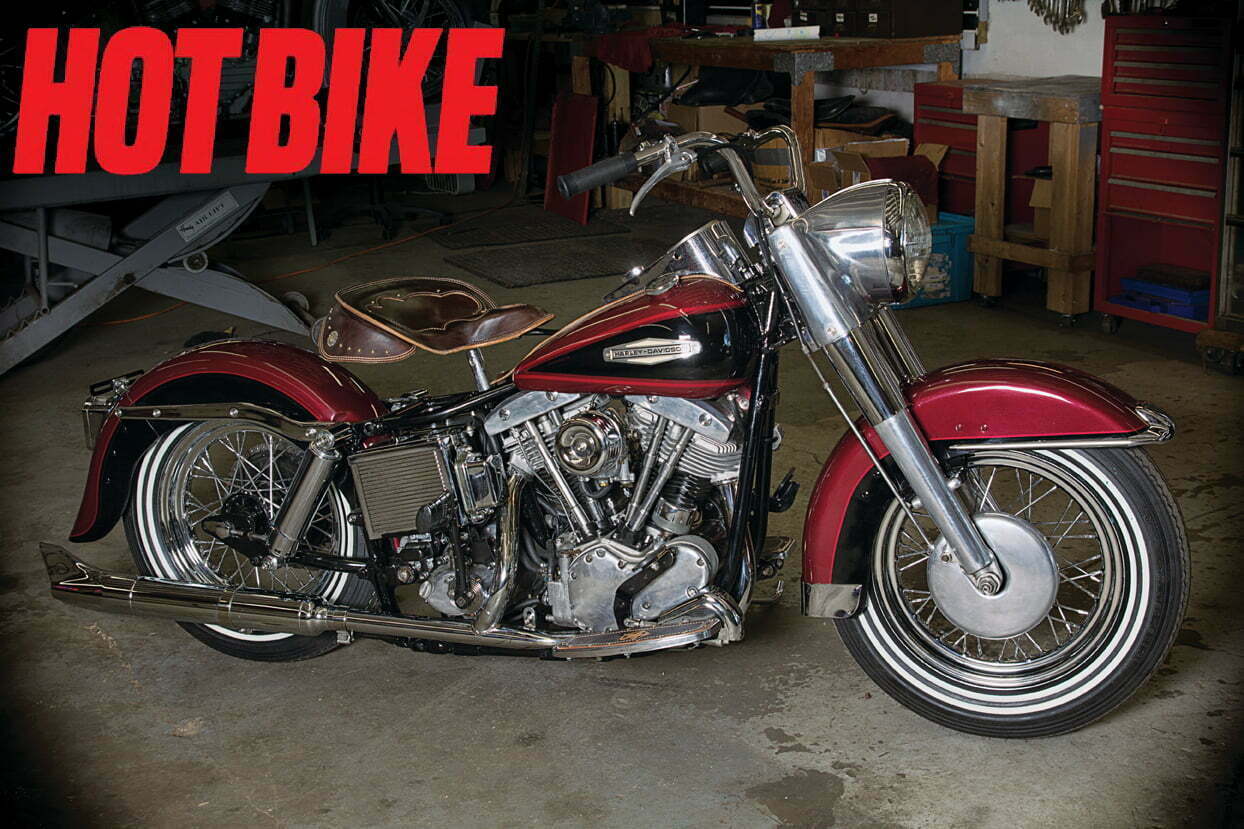 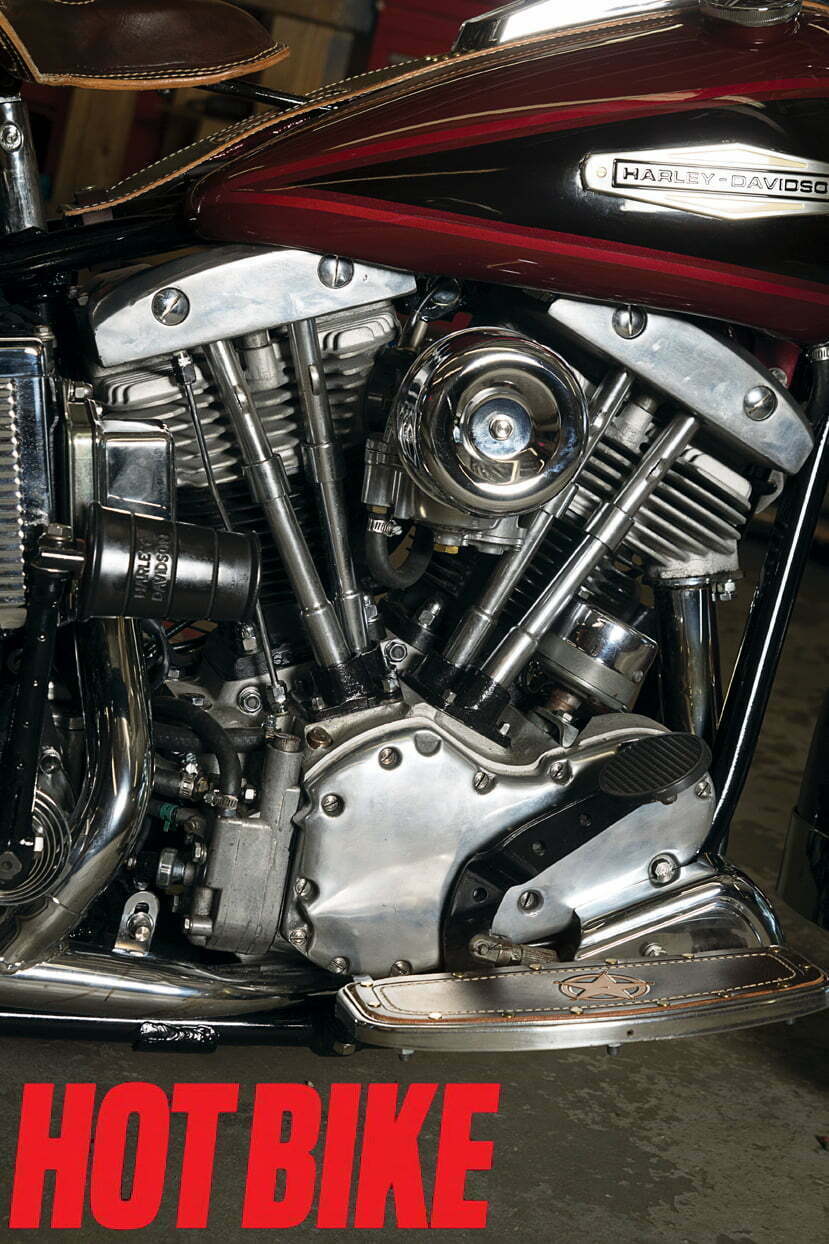 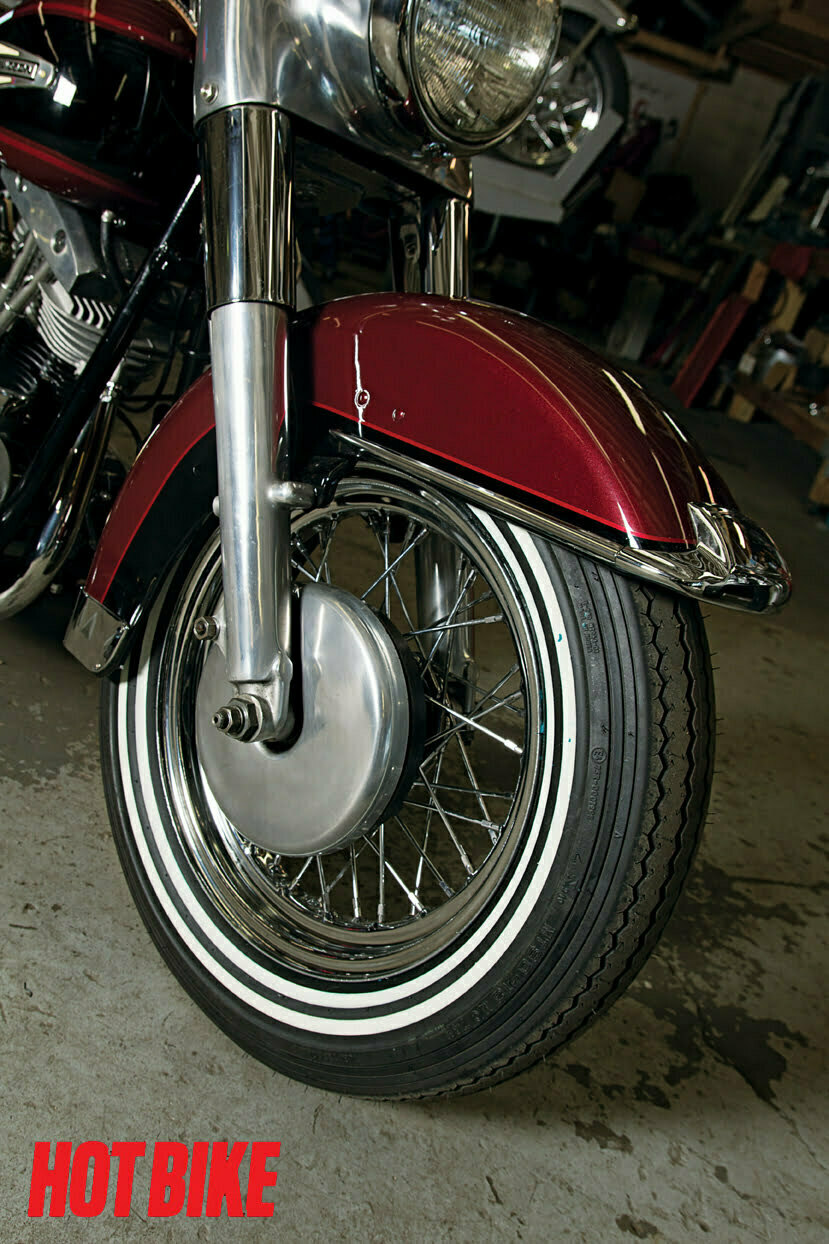 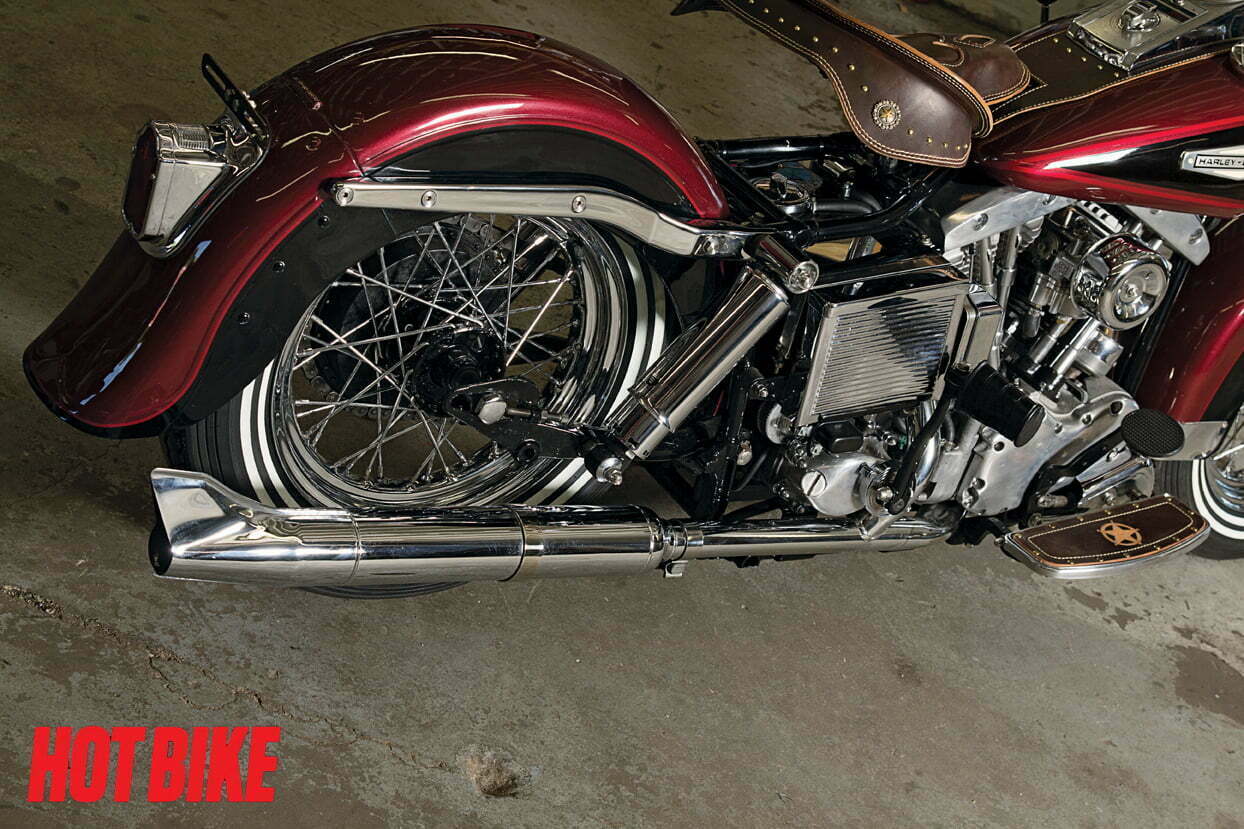 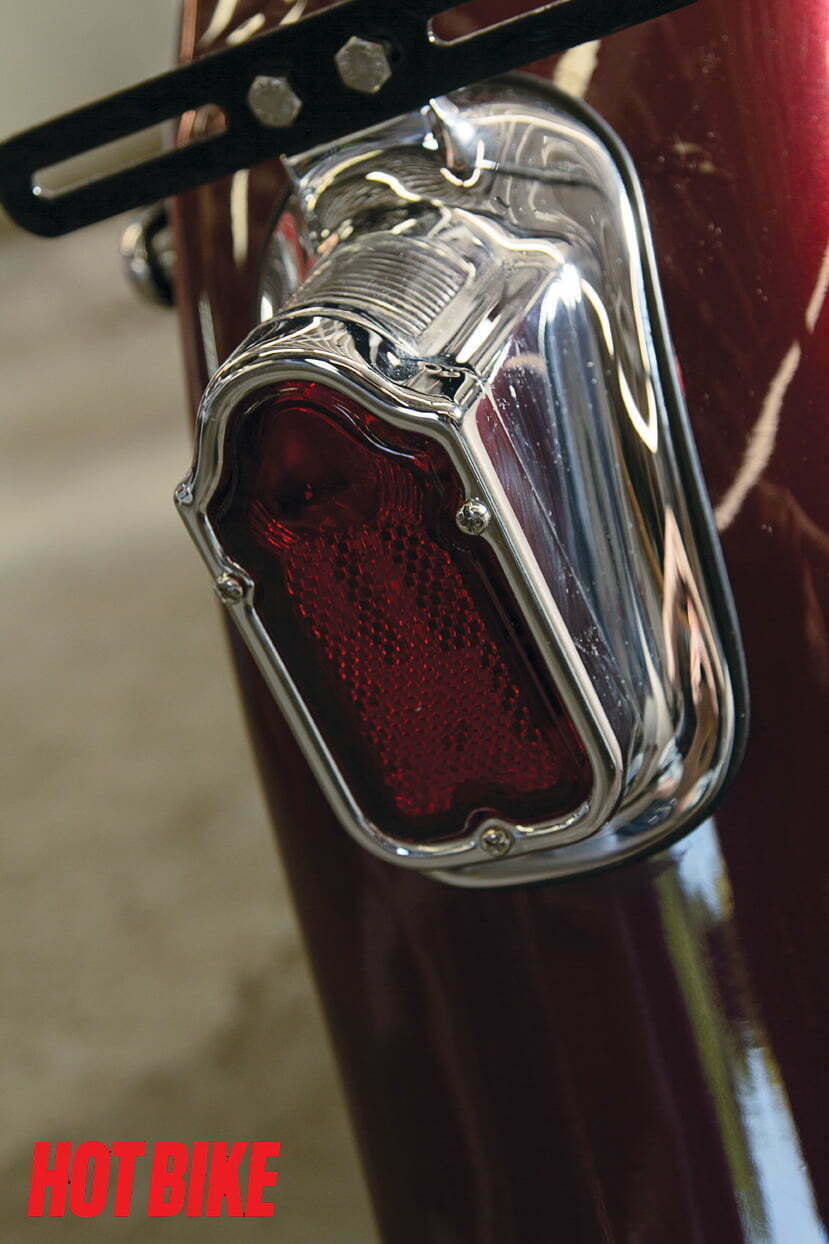 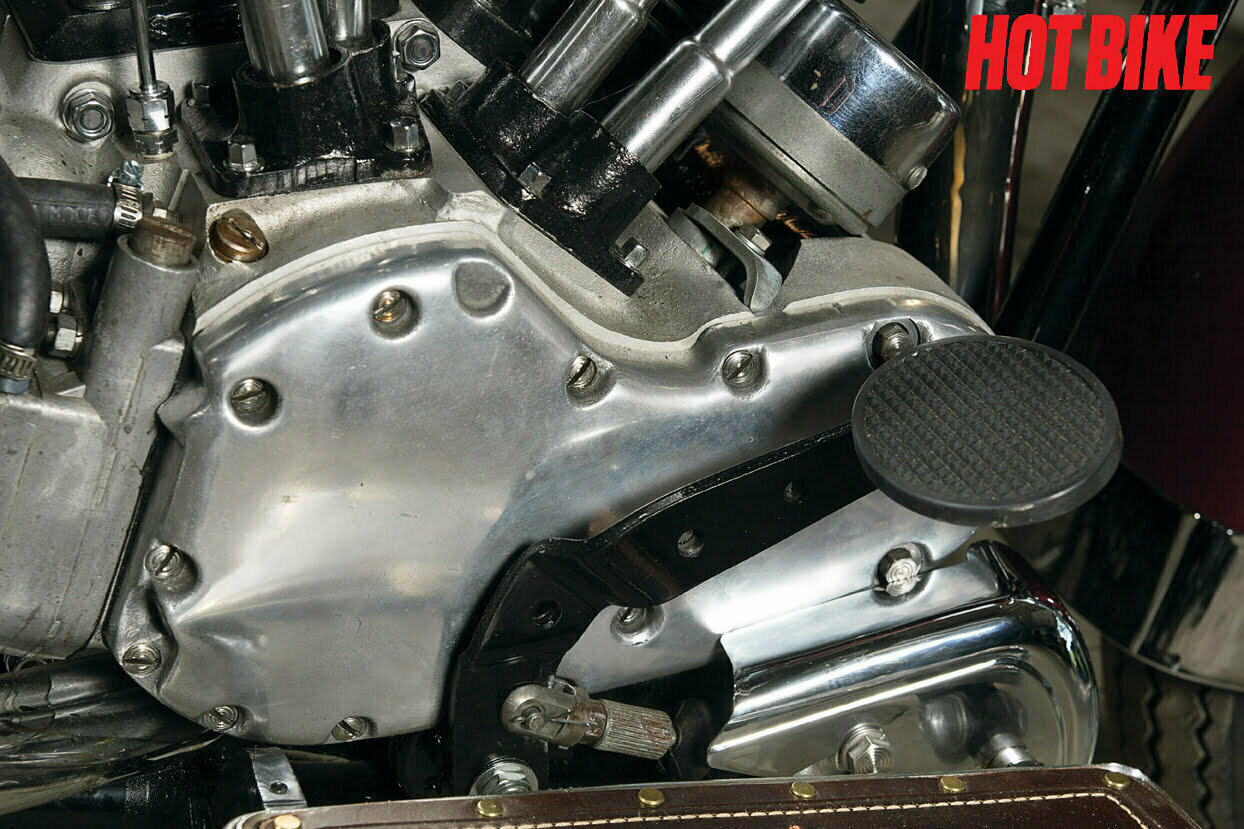 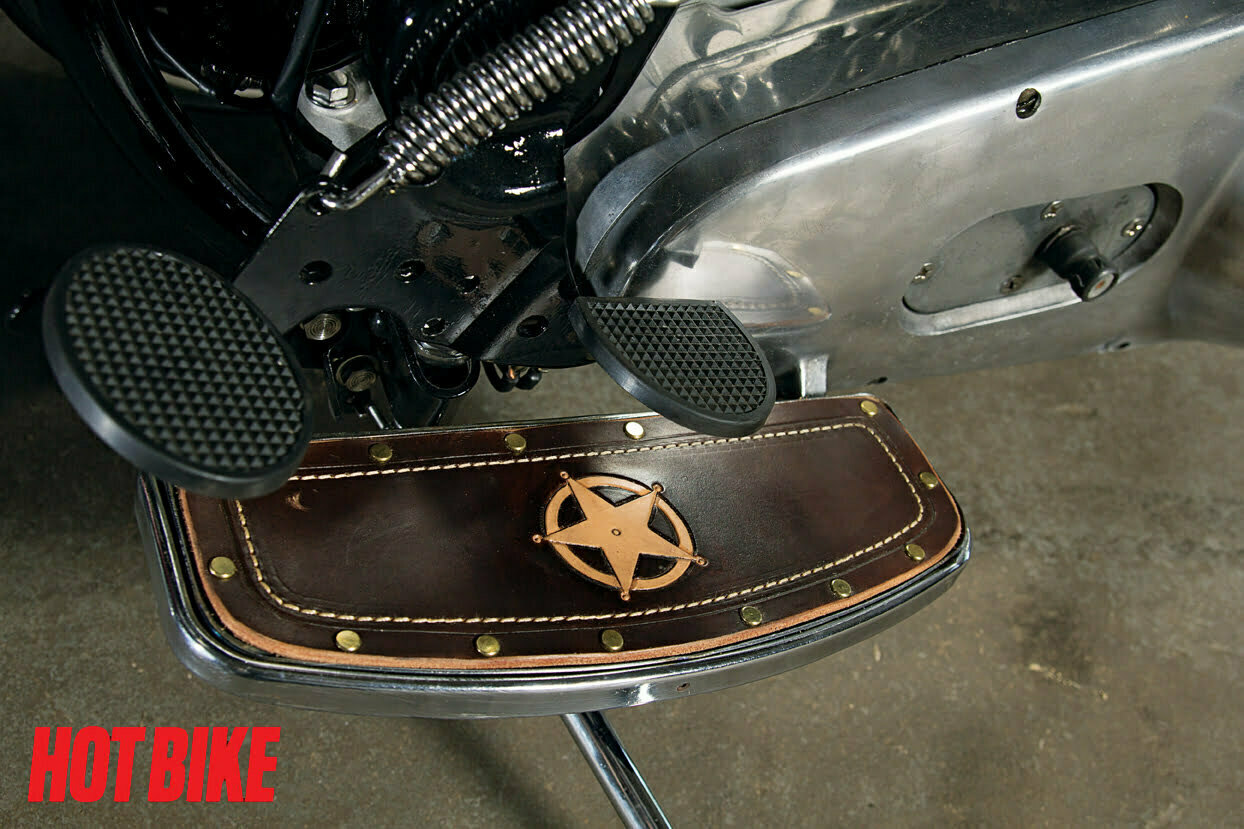 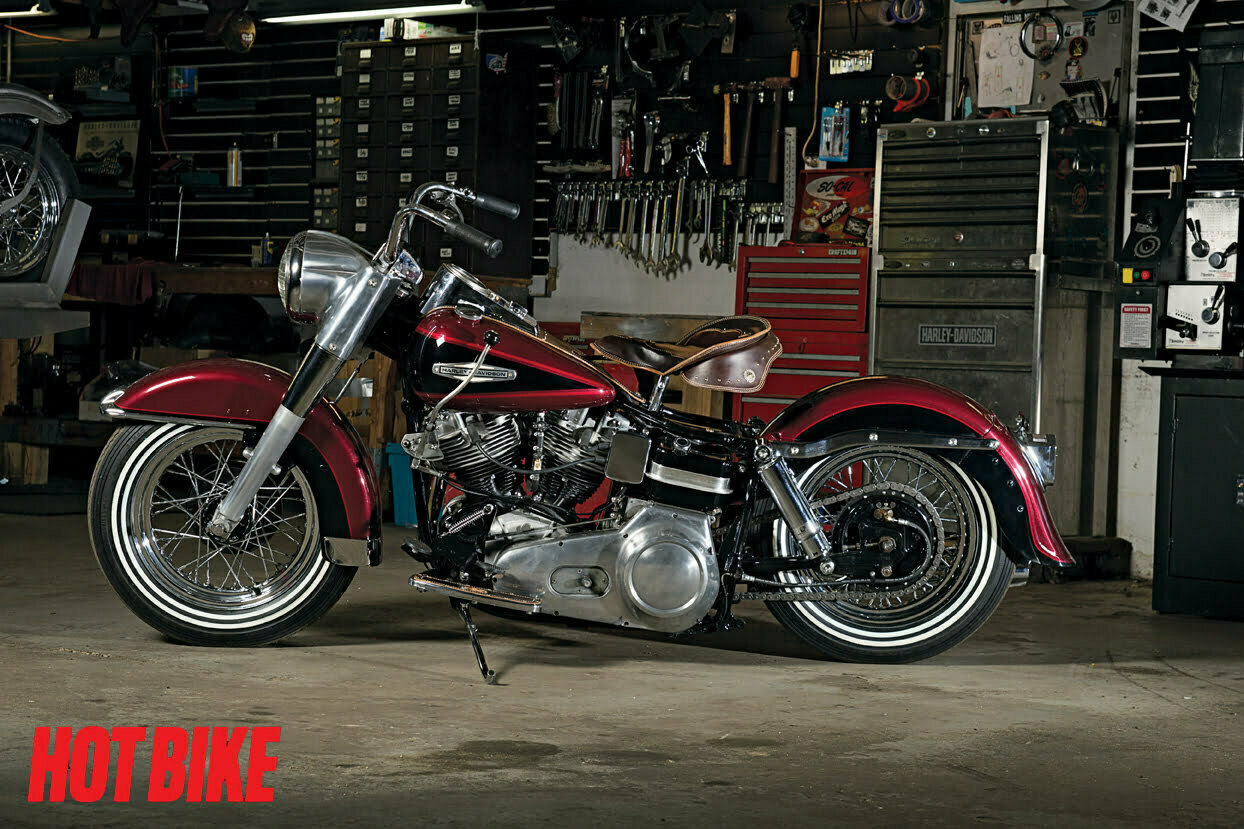 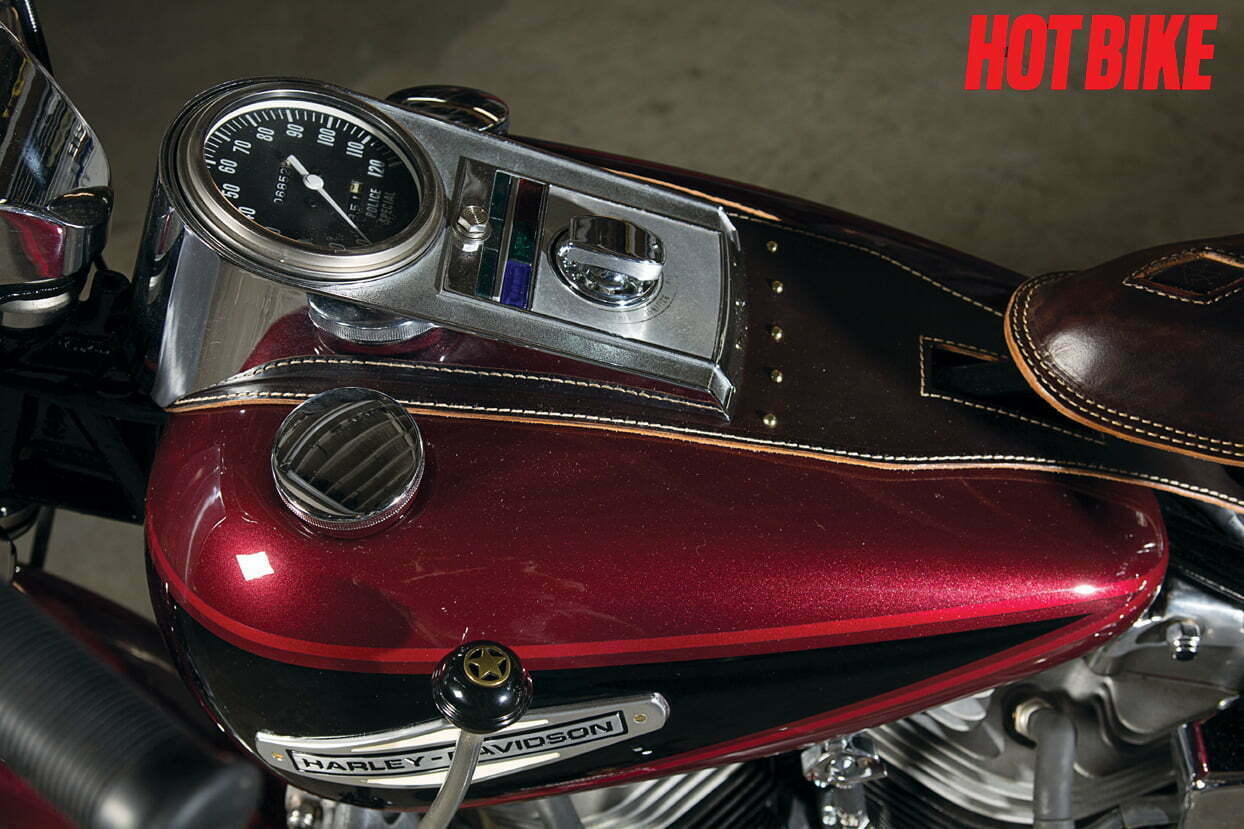 After trying to find a replacement for a 1962 Panhead that I regretted selling, nothing really caught my eye until I came across this 1969 Electra Glide that was conveniently located near Ocala, Florida. One of my most important criteria was that it was an all-original-numbers-matching bike. It also had an original frame mounted with a stock hand shift and foot clutch. The bike was in pretty rough shape, but it was all there really. For me, there are certain things that just flow with an original motorcycle, like the gas tanks, and it immediately reminded me of the 1962 I was looking to replace. The owner and I struck a deal, and I was on my way home with the new project. That was just the tip of the iceberg of a long seven-month build.

I’ve been riding motorcycles for quite some time now, and like many people, I always sold one bike to build another. About three years ago I decided to pursue what was once my hobby and turn it into a full-time business. Alleyway Kustoms was named after the small alley space I had first started working in. For the better part of the first year I pursued leatherwork, but as the workflow fluctuated I turned back to paint and assembly, which I had dabbled in the past and quickly tried to fine-tune my skills in order to accommodate the workload of full builds.

Like many small-business owners you must make sacrifices, and the bike that I had planned on being the replacement for my beloved ’62 was soon up for sale. Luckily, I immediately had an interested buyer asking me to finish the bike to his liking. Everything was proceeding as planned until at the end of the build when some unfortunate circumstances forced the buyer to back out. As much as I wanted to hold on to this bike, I set out to find another buyer. In a very short time I had a new buyer in Washington state.

Even though the bike was billowing smoke, I really only planned on doing some top-end work and a valve job. As it turned out the motor had never been taken apart. The cases still had the original orange sealant from the factory, and the cylinders were in such good shape they only needed to be bored 0.020 over. The still motor ended up getting the full treatment. The transmission was completely gone through with new seals and bearings.

I decided to paint and rebuild the hubs and re-lace them with new chrome hoops. The brakes got rebuilt with new pads, lines and cables, and the wheels got a fresh set of narrow double whitewalls. Unfortunately, when I got the bike the front fender and rear tailpiece were missing, but it appeared what was there, like the tanks, were in fact original. I scored an appropriate-era original equipment front fender and outfitted it with the correct aftermarket trim pieces, as well as a new rear fender tailpiece. Intact were the original police frame hand shifter and rocker clutch and were stripped down to bare metal and painted black.

I decided to change all the hardware to stainless and hand turn each individual cap nut and bolt into “bullseye’” style for a nice finishing touch. I had several crazy ideas for a paint scheme, but since this bike had gone in and out of commission once already, I decided to do a conservative variation of a rare paint scheme option for that year with a Candy Brandy Double Pearl and Classic Double black combo with Candy Apple Red pinstripes.

Now that the bulk of things were figured out, the bike was lowered with progressive shocks. I found some stock handlebars and added an internal throttle, high/low beam switch, and a right-hand start button.

For the leatherwork, I had an idea I wanted to try: a Western inlay on an OEM pogo seat with a lot of brass stars and inserts. It was this idea that created the throw off of the police special and turned it into the “1969 Sheriff Special” with matching stars on the leather floorboards and the brass star recessed in the shift knob.

The Dyna scene has exploded over recent years and literally spread across the globe. As it travels across the map, […]

Charges Into DaytonaPicking up right where they left off at the end of 2005, the crew at the Seminole Hard […]

As we all know, S&S has made solidly built and trusted V-twin power plants for decades and this Knucklehead is […]